The September patch is already in game, so let’s go ahead and take a look at the changes it’s going to bring, most notably: the ‘Bridges’ map overhaul, new achievements, rank, armory changes and more.

The patch will introduce the new highest Rank of 86 – Colonel of the ‘Heralds of Death’ squadron, depicting a fearsome viking.

RMG Custom and it’s golden variant. As one can obtain from the name, this is a custom variant of the light machinegun. You can modify with scopes, muzzle attachments and handles to best suit your combat needs. This weapon is highly likely to be favoured by the PvP players: competitive specs, fast zoom, predictable recoil and increased damage to arms and legs make RMG Custom the perfect tool for dispatching your enemy in a quick and easy fashion.

The Fararm W.S.S.10 shotgun. The weapon can be obtained in Random Boxes for – yes! – Warface dollars; you can loot either a temporary or a permanent variant of the gun. It’s worth noting that the approximate amount spent on getting the temporary variant scales with the current renting costs of the regular weapons found in the store for Warface dollars (of an equal / similar level). Apart from that, Warface Dollar Random Boxes grants you some experience, consumables and ultimately – the chance to get the permanent shotgun. Keep in mind this box will become available at a later date.

The ‘Bridges’ map update will be in the game as soon as the update is live! The overhaul has introduced new visuals, making it more contemporary as well as putting it on the same page as the other competitive maps – after all, the ‘Bridges’ was one of the first maps to be created in Warface! Having said that, the locations, time to reach points and map mechanics have remained the same, the map has been just made easier to navigate and move around in.

The overhaul owes no small part to the advice of professional eSports players, aimed to improve tactical gameplay. For example, a new object has been added to remove the possibility to shoot through the stairs that – according to the players – granted too much advantage to one of the sides.

The old version of the map will not be available in the game.

Minimum player requirement to start a PvP match has been increased (in ‘Quickplay’): 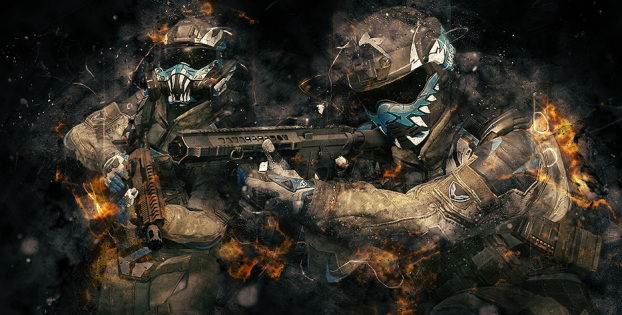