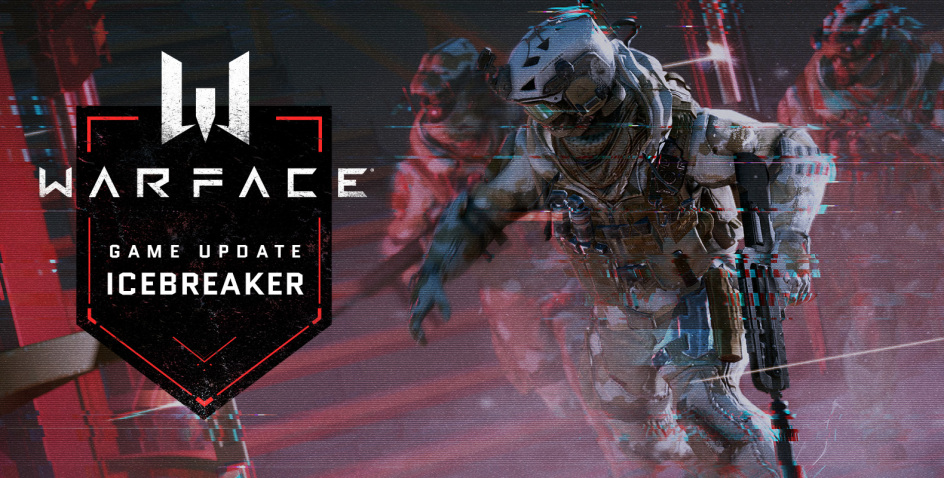 The update we've all longed for is just around the corner! And boy is there a lot to catch up on, ranging from new weapons and achievements to an overwhelming special operation. This shall be the first major content release with direct My.Com involvement, so brace yourself for an intense gaming weekend!

Looking for some real challenge? Then you're in for a treat – only the toughest few will come out victorious. 'Icebreaker' will challenge you in a variety of ways: Blackwood's going to throw at you its brand new unit types, advanced attack helicopters and if that doesn't cut it, an own battlecruiser. Soldier, prior to your deployment you are strongly suggested to pay attention to the briefing if you want to survive the encounter, there sure will be no time for that later! For more details, check out here! 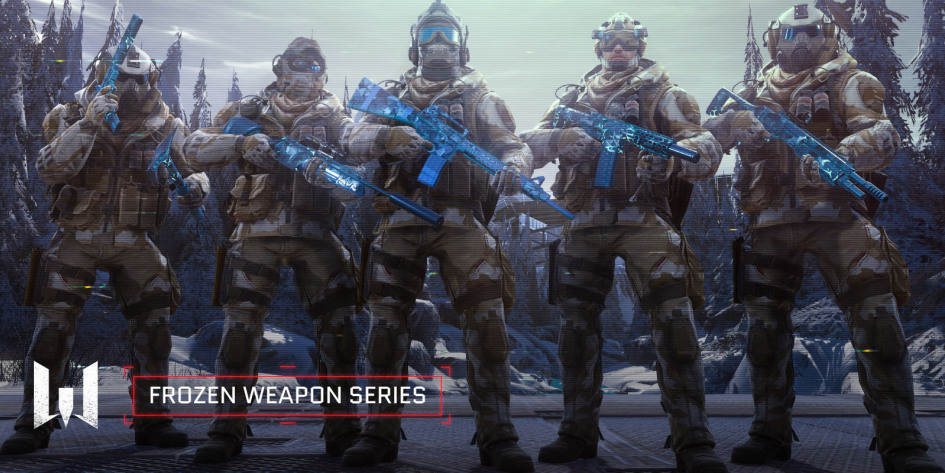 Have you enjoyed going in guns blazing? How about an icy touch for a change! Give the new 'frozen' weapon set a try! Find out all there is to know about it here!

You can obtain the 'Icebreaker' set weapons for a limited time completing the 'Icebreaker' special operation. Frozen FARARM 12 will be the first weapon to appear in the game shop; the rest of the set will become gradually available as further content is released. Stay tuned!

Please pay attention that you can obtain both temporary and permanent weapons from 'Frozen' Random Box! 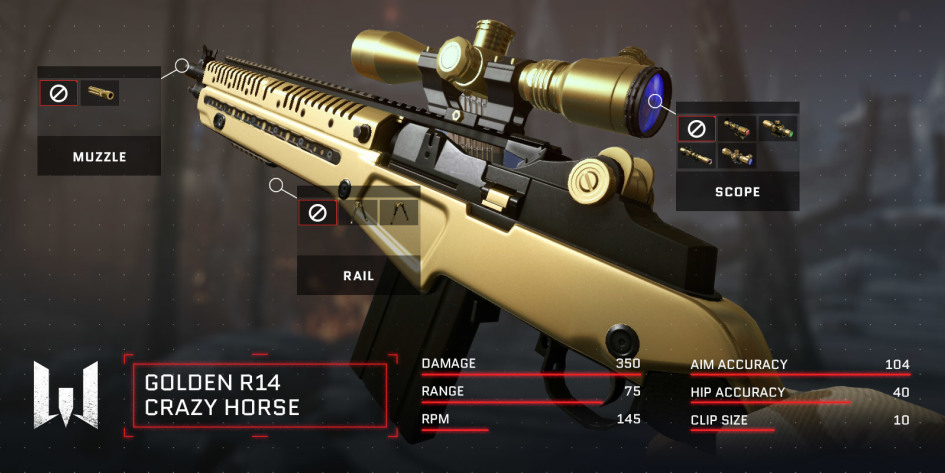 A solid addition to the arsenal of every sniper, the mighty R14 Crazy Horse will be delivered in two variants: regular and golden. It will be soon available in the game for a short period of time during a special event! R14 Crazy Horse Random Box will be givan as a reward for completing a special operation, such as 'Icebreaker' at the 'Hard' difficulty or above.

We will share more details in a separate article when the event will come live. 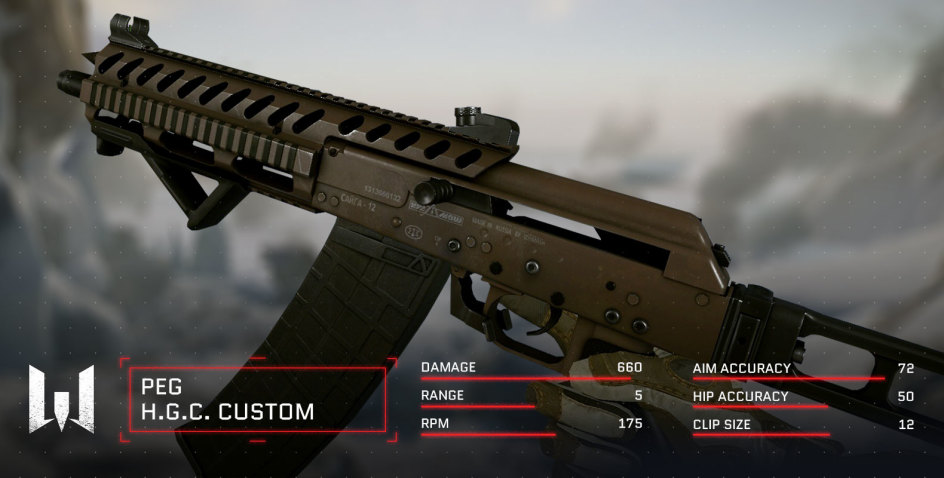 You surely remember that shiny shotgun in the recent teaser? Every medic's future primary choice, PEG H.G.C Custom lives up to the expectations – not only is it the first 'legendary'-grade Vendor weapon, it brings superb stats for those close-quarters encounters. Packing quite a punch coupled with its stunning high rate of fire it is definitely a force to be reckoned with. 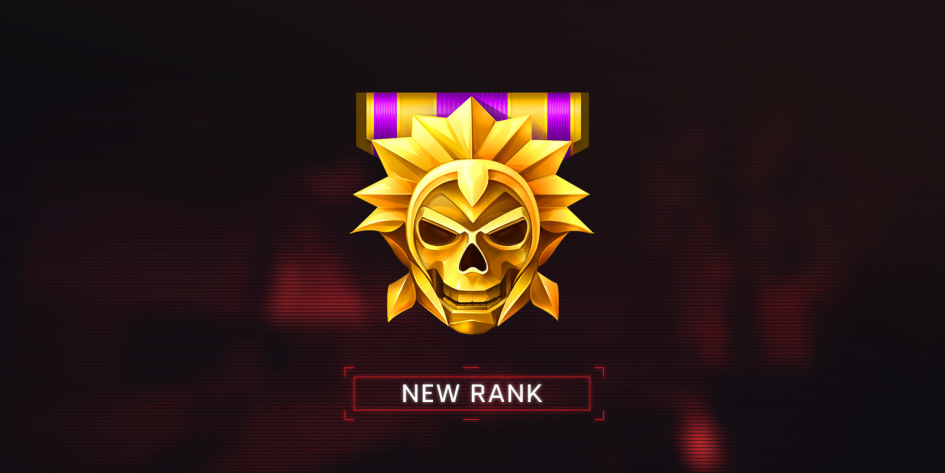 Last but not least for those that love to aim high, the new maximum rank of 81: an Apache Warrior as well as a new set of challenging achievements will be making a debut in this update. You will also be able to show your mastery and dedication with an impressive collection of Marks, Badges and Stripes awarded for these very achievements and operation-related activities and events.

Bug-fixes
GLOBAL
Weapon disappears after suicide with grenade.
Not all mods report session statistics.
PVE
Geometry of area is disappearing at the end of level.
There is an object in the helicopter after start mission.
Mission badge for is the same as for usual pass.
Message still active if sniper is already killed.
The last checkpoint does not restore ammo, armor and health.
It is possible to make AI`s to pay attention only to one of users  at the end of the mission Anubis to finish mission successfully.
Player can see through the smoke and flash grenades.
PVP
Winner displays with loser's name on result screen, players displays in wrong teams.
Congratulation message about switching to new PVP channel shown to client after joining gameroom on just started MS.
There is shown a map name instead a mode name in the message about first win of the day in PvP.
Wrong team rebalance result if players start Quick Play without invite/follow.
No FP bomb plant animation if player does it while sprinting.
All players are banned if session ends while one of players reconnects.
Player can stuck inside textures on Overpass.
WEAPONS
There is interruption when player Zoom In mode during pump action with SHG13.
It's possible to open customization menu with no available attachments.
Explosion from projectile is shown in the other place while using the rocket launcher.
Sometimes there is overturn animation of the flying missile while using the rocket launcher.
Rocket flies twitched, looks like rocket is re-synced while flying while using the rocket launcher.
RPM of weapons (with rpm more than 800) decreases if player has low fps.
Impossible to pick up ARL01, if it lies under other objects.
There are no visible color points for some weapons.
Incorrect distance param for SMG11.
Repair cost for weapons doesn't correspond with CFS.
Visual artifacts of skins with SIG Sauer P226.
ITEM
Extend purchase screen is shown for locked item and it can't be bought.
Regular item can't be equipped using Equip Now button on giveaway screen if user has same permanent item equipped.
TUTORIAL
Final voice message doesn't correspond to engineeer tutorial end.
Target falls by itself on medic tutorial.
OTHER
User can't login to single region environment with default region.
Player resurrects without weapon if died during switch to primary after grenade throw.
Select weapon animation of the shadow when player is with default secondary weapon in custom?zation menu.
On lowspec settings punching bag can hanging in the air in wrong position.
Lua error sometimes occurs after attacker leaves the game when defender and attacker are in core area.
Icons for some ZT achievements don't correspond with CFS.
Lua error when equip weapons dialog is opened in Randombox area.
UI freezes during changing uniform preview in shop/storage.
Localization token after kill in jump.
Known issues:
VISUAL: PVE: Visual artifacts on terrain throughout all passing level
VISUAL: ARX160 may appear in your in-game Newsreel by the chatbox though it's inactive
LOCALIZATION: User name doesn't show in invitation messages
LOCALIZATION: Some text lables are overlap or don't fit in UI on Spanish localization
LOCALIZATION: Rank badges for rank 70 and up have changed places. 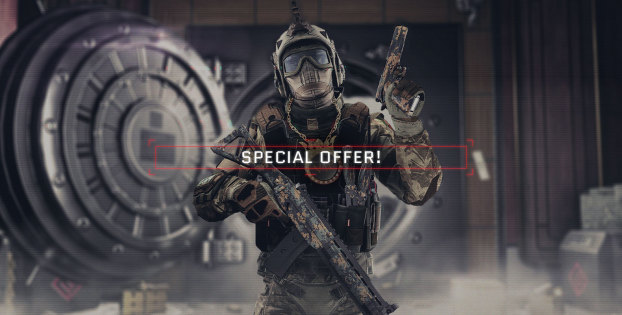 First Buy Special Offer!
Get a gift upon your first purchase of the certain Kredit bundle!
14 Mar 2017 article 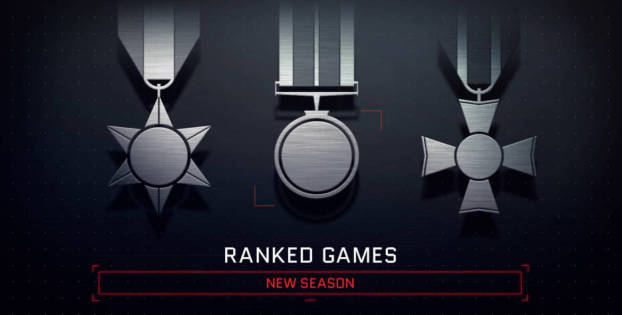 Ranked Games: new season!
Dear Players! The most recent update touched upon the gearing and PvE aspects of the game, whereas this one is aimed to reward your PvP purs
14 Mar 2017 article