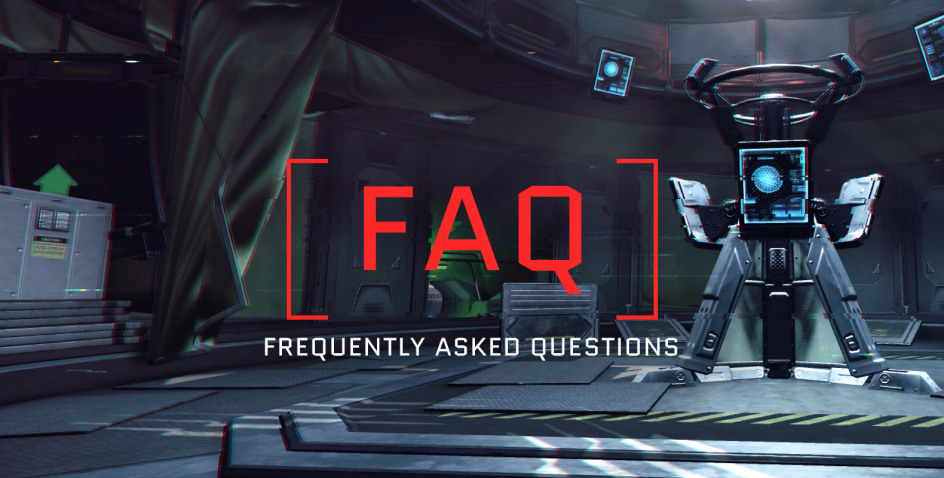 Publisher’s answers: the future of Warface

Thank you for expressing interest in the "Publisher's answers" topic a few days ago. You have all raised great points and prior to addressing them some clarification is needed: we have tried to cover as many as possible, nevertheless we'd like to stick to those relevant to the present stage and state of the game. Please keep in mind that general suggestions are still welcome, whereas this update was aimed at improving gameplay in specific areas and niches.

On another note, some of the frequently brought up questions have been grouped together, and we'll go through these one by one.

As you might know, the Icebreaker update is already live -- check out all its related news here. Some of its content was released instantly, yet generally speaking each update there are parts introduced gradually.

Auction House isn't expected to make a return in its original state, however possibilities of tweaking the feature and implementing a trading platform that wouldn't affect the game economy in a negative fashion -- are being considered and worked on. You will even likely be able to get Kredits there!

Last but not least, your questions about the Anti-Cheat deserve a solid share of attention, which is why we have decided to dedicate a separate article to them -- check it out here.

Will we have a shop ? so I can just purchase weapons/equipment, I'm so sick of buying vip (which I'm not going to do now) and having to grind playing to earn $ then lose it all gambling.
I have money ready for you but you are not getting it until we have a shop.
With the current model introduced recently we aim to provide everyone with an equal chance to get gear even if they don't wish to spend too much money on it, and at the same time without making said gear worthless. However, we are attentive to the voice of the community and your opinions that weapons should be purchasable directly are noted; we'll review this closely and perhaps some of the weapons will come with a direct purchase option.

Will we have the ability to change in game name ?

Even though it is not a critical matter at this point, such a feature may be added in future. Please bear in it will most likely be added as a paid service to reduce abuse, especially in competitive modes.

When will hack supporters and certain members from some clans be banned for using a hacker to progress in Ranked?

What will happen to players who have been playing ranked match with Cheaters to get boosted to Rank 1? Will there be no punishment at all?

To start with, My.com has a zero tolerance policy against cheaters. You however do raise quite a valid point, cheaters do not only benefit from their own actions alone, so do their friends and teammates. From the standpoint of rules and punishments, a specific set addressing players involving or associating themselves with cheaters is being worked on.

Thank you for this question. As much as we'd love to satisfy your curiousity, we feel this is a rather major issue and thus we will address it in a separate article.

Are you planning to introduce all the currently available skins in RU to our server too? (Hexagon,Open cup, city camo, jungle.... Etc.)

It is our intention to synchronize the progress on the Western servers accordingly. As you may have noticed the Icebreaker update introduced new skins to the game, particularly the "Resistance" set!

Are you planning to do community streams like Crytek did?

Keen on bringing Warface back up to speed on the European and North American servers we are working in multiple directions: game development itself; rebalancing to make it suitable both to casual and competitive players alike and last but not least, the community events, promotions and so forth. It is understandable you are eager for updates and we share your enthusiasm and hope to provide you with engaging content and events. Stay tuned!

Where will the regional EU server most likely be located? Paris, Milan, Warsaw, Madrid? Currently Italian and Portuguese players have some troubles with the latency.

As of current the servers are located in Amsterdam, NL. If we see an increase in activity of some particular community, we may introduce a separate server dedicated to it.

Will you add a page on the website where people can see clan rosters with the full list of clan members? (Maybe a tool to search for a player and find his clan too)

What are your plans for the competitive scene?

A clan armory, that is definitely a great idea. As a bit of a teaser we can reveal that something of this sort is currently in development. First clan events and competitions will appear in the game in early or mid-april, so stay updated on the community news. Apart from that, there will be tournaments as well -- however we currently aim to make these internal, in other words we will use our own resources to host and promote them.

There will be separate grounds: server and dedicated services for the competitive scene.

Will you make this website (both homepage-blog and forum) full responsive design?

There is always room for improvement and there indeed will be a new website in the next few months.

Have you thought of reintroducing old weapons like BT50, US-12, bullpup, karkom SMG?

We do not currently have plans for this set in stone but these guns have definitely been fun to handle and they may make an appearance in the game again in future.

Will we have events like Crytek did in the past or mail.ru is doing now? (for example, sending postcards or buying food from a certain company and receive weapons/skins in exchange)

Thanks for asking this -- seanwlk, you've brought up quite a broad set of subjects!

Generally speaking our promotions first and foremost depend on the demand of, and their suitability to the community. In other words, we want to be sure the promotions will be interesting to you as our players. To an extent these events also depend on our business partners, however, we are constantly seeking opportunities to provide you with tempting deals and events.

Will you "sync" the game updates with the other publishers in order to avoid spoilers or enormous delays?

Thank you for pointing it out. Admittedly, there are delays at present, yet these are being gradually reduced to ensure that you as players have a chance at exploring the content and not being overwhelmed by it. But you guys seem to be coping just fine so it seems our progress will become synchronized within the next two months or even sooner!

Should we expect more comunication, more precisely, exact dates from now on, or should we get used to the "soon", "coming soon", "Get ready, its close" kinda' informative theme that its really not professional at all?

That's a tough one! To start with, we do not take our promises lightly -- our standpoint is, if you see an update scheduled for a specific date, you can be sure it will be added accordingly. It is understandable you feel that way considering the European and North American servers fell behind in content to some extent.

We have altered our approach to update delivery as a whole. To elaborate, strict deadlines but precise dates are not announced to allow us to eliminate any bugs and optimise the update, so that in the end we deliver high quality content in its complete form, instead of partial releases and bit-by-bit fixing. Bear in mind that the delay you have previously observed occured due to the transition stage and you can be assured of the frequency of updates from this point onward.

Can you finally add 1st person view? If you care about competitive part of this game, you must add this camera. Watching game in 3rd view is disgusting, its awful. Quick example in Russia. There was "Challange Cup"", one stream on YT from Warface on their channel and barley over 1000 viwers and ofc it was in 3rd view. Second stream from player in 1st view, it was MagisterYoda and he had over 3000 viwers.... so...

First-person spectator mode definitely sounds like a great feature and it's one of those we also hope to see implemented one day. There is a wide variety of other features in development aimed to improve the game at this time, but this suggestion will definitely receive more attention again in near future.

Will we be able to see who is tatting together in different game modes on the loading page?

This may be implemented if we see a growing demand within the community. Simply put, there are different factors to consider, the pros and cons of revealing premades -- players teamed up together. We would first like to adapt our upcoming updates to the competitive scene we have mentioned in another answer previously, as its experience is crucial to weight the benefits against possible harm of this feature.

Can we have somewhere a post mentioning the players banned so we know that reporting them was efficient and taken into account?

It would be infringing upon players' privacy to release exact names of players who have had actions taken against them, and is thus a legal matter. Moreover, we do not support finger-pointing as such, but we understand your desire to know your own actions have brought justice to the battlefield; as such at the very least the notification of your report's results may be added in future.

Bottom line, we once again thank you for your interest in the future of Warface. As mentioned in the beginning, we have tried to cover as many questions most critical at this stage. To delve a little into future plans, we are planning to restructure the forums in the course of the next two months and then you will be able to bring up your suggestions and report bugs in their respective sections. At this point, they have been noted.

If your question hasn’t been covered, ask it in the next upcoming FAQ – these will be more frequent from now on, and we hope we’ll have an established link between game developers and the community. With the initial wave out of the way, we hope to address each of your concerns. 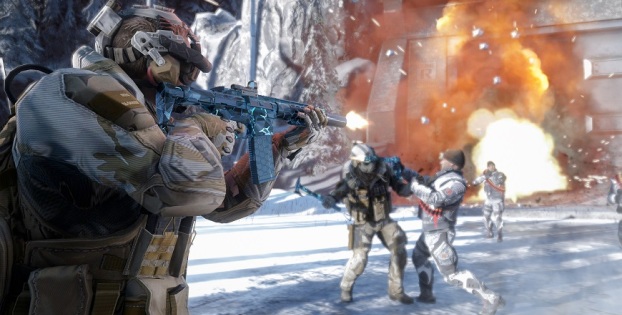 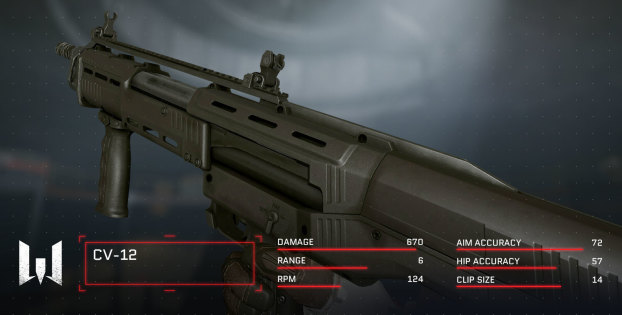