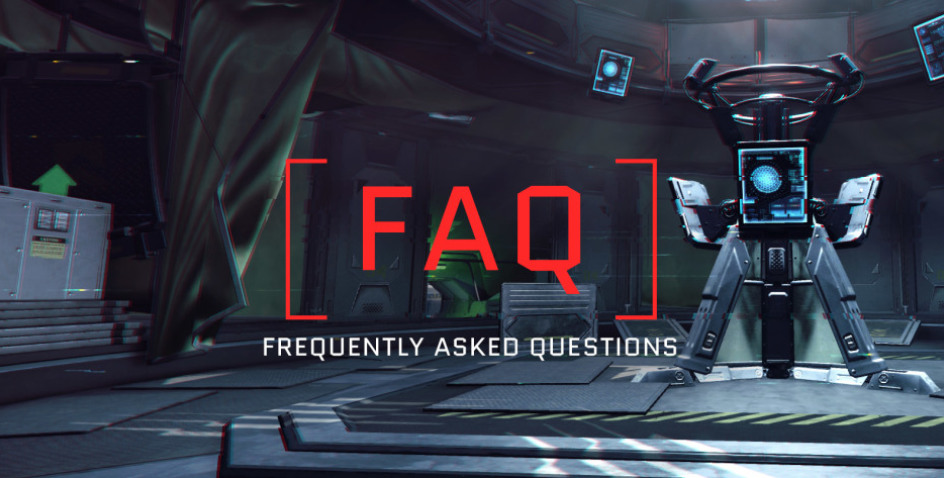 Now that the patch notes are released we’re back with the FAQ answers. You can find your tournament-related questions in the April Fast Cup here.

First things first, we’ve collected the questions for the third series of Developer FAQ in our official non-English sections as well as the English one. Naturally, some communities were more proactive than others and we hope to improve communications by continuing this practice. As such, feel free to ask your question in either French, German or Polish.

When do you repair FPS lowering, lags and disconnects with the server?

There is a wide variety of possible origins and factors to a technical issue and in order to identify them you need to contact the Support team. For client-side issues and errors the Support team tries to provide an immediate solution, if it's a server-side problem the Support team specialist passes key information on to the developer. All of these cases are handled on an individual basis. If we see a pattern in reports, it helps us identify the problem as one that is group-based and it is exactly your Support request that can help us do so. All in all, it starts with reporting your problem by sending a ticket.

If by any chance your ticket is left without a response for too long, please let us know on the forum and either of the community representatives will be able to help you out.

Will it be possible to invite more than one person for quick-play? And could you please make box rotation every 2 weeks, for example?

It will likely be possible to invite two players for quick matches in future. As for the box rotations, we cannot say we intend them to change periodically yet we intend to increase the rotation speed in future.

Will there appear next boxes with gold weapons or those that were long ago (there are 6 boxes but 25 stripes for killing with golden weapons)?

Cannot give a precise answer here unfortunately; any weapon and box offers may generally make a return at any given moment.

When will you reduce item usage to the point for it to be possible to gain something. Icebreaker is fine but costs are too high in basic equipment there's no point to even try (except for Rifleman R4)

We do not intend to reduce item /usage/ but I reckon you were asking about item costs? We will monitor the results now that the update is out, however there are no intentions to lower item costs at this time. Check out the new weapon lease system!

Will the former Crown weapons (with the "removed" skins) make a comeback? -We noticed that the legendary weapons have been added to the vendor (not sure if it refers to the premium shop or else) -- Will this also happen with weapon attachments and uniforms? - Will there be a full view for Melee weapons some day (Like Customization screen for guns, C by default)?

As a matter of fact, legendary modifications are already present in the game at this time – added via legendary weapons. As you may know, each legendary grade weapon comes with a unique definitive feature: a scope, barrel extension or suppressor, or other. We do not plan to introduce an own, separate modifications branch at this time though if you guys feel it should be added we’ll review that at a later date given that the community wants it.

Will Random Boxes with Crowns make a comeback?

No, but we are looking into the possibilities of broadening the use of Crown points, as in enabling players to spend them in more various ways.

Could we get more space in the Friends list?

Are there plans for a video Dev Diary like the Russian version has?

Definitely, and you can also check the video with the new producer here!

Will we be able to use Steam DLC's or their content in future even if our account is not bound to Steam?

We do not have plans to release content separately at this time; within a short time frame you will have the ability to buy these skins in-game as well.

Will there be more events with boxes in future? - Will there be a way to dress your own character individually?

We currently allow users to customize their appearance with preset skins -- body skins in the shop. There are no immediate plans to change it at this time. As for the second question, these will often come with the Golden boxes rotations so stay tuned.

When can we expect a reasonable anticheat software? - Will there be a chance to give up in the ranked matches, even if someone in the team supports the hacker and presses F8?

MRAC is our current Anti-Cheat software and it doesn't stay idle, it's constantly developed. As for the ranked matches, there's a lot of room for abuse if a feature similar to yours is added and moreover, the absolute sure way to determine a cheater is via a proper investigation, and player assessment can be mistaken. We strongly suggest and encourage you to file reports through our In-game report system if you believe you've encountered a hacker, as well as gather all evidence you can (screenshots or videos).

Ability to kick players from ranked (why is this disabled) so players aren't forced to play with a hacker (-.5 points for being kicked). Also make it easier to kick team killer sin Co-OP or harder for them to wipe out a whole team. Consider making spec-ops hard levels more difficult to unlock, as in 2-3 easy wins before you can move on or x amount of kills.

Icebreaker "Insane" and Earth Shaker "Nightmare" are incredibly difficult to complete to start with. They are designed to be extreme challenges, and statistically only a tiny share of players manage to complete them. We'd generally see no reason to put effort into denying players access to them, however you already need to complete "Hard" to go for "Insane", it's natural progression.

As for kicking, it can be easily abused so we want to weigh in the pros and cons as this change may turn out to be impactful (in more ways than one) on the community.

The Titan vest was removed for a reason but the other vests like Plate, Scout and Anti-sniper vest have the same bug… the proof is now evident since everybody plays Engineer class only to use a Plate vest. These vests are also making playing sniper class very annoying. [...]

This is a localization error. The Titan Vest alongside others is aimed to stop the first bullet – ANY bullet – instead of the first sniper round. This will be corrected in the upcoming updates.

Will you be able to add a feature when we can see who invited who in ranked matches?

As stated in the first FAQ, this -may- be implemented if we see a growing demand with the community. Although even if you guys seem to be interested in it, we will have to evaluate the possible cons of revealing premades -- such as possible abuse of this knowledge. We would still like to see how the competitive community develops first before we make this change.

When the tech support will add this item: If the player is thrown out of the special operations, then the administrators could return a token or a rward. Through the log

At this point, the only positive news I can give you at this time is that the feature for the Support team to be able to refund you Ressurection coins and other valuables is in development. There’s no ETA on when it’ll come around at this time – sorry.

Can we get "Offline mode" to play with BOTS on PTB maps etc. We could learn maps, how to throw smokes and flashes, can you do this?

There are certain ideas-in-consideration so to speak, to implement a detailed full-scale tutorial-like mission, but we're aiming for the ending of the 4th quarter 2017 with it. Closer to that time frame we'll consider the possibility again, it's a great idea in general, but as of now we're focused on other things that rather are of a "here-and-now" nature.

Will you add more country stripes? I wanna see Serbian flag as well.

We’ve had that in mind and next week we’ll hold a survey to determine which country themes you’d like to see the most at this time.

Do you care explaining the sudden decrease of CO-OP rewards? I'm a 90% PvE player and for me the insane CO-OP is not worth playing. Do you think I feel rewarded after paying 20 euros/month for that kind of rewards in a 15-20 mission I actually have to focus on?

If this game is so focused on PvE content as justified from the last FAQ, will you be able to bring all Special Oiperations back on NA and EU regions? - Are you going to hire any NA server moderators?

You said co-op missions were not important and your focus was on spec-Ops, if that's the case why do you limit us by the tokens, give us 10 tokens a day, 5 are not cutting it - third the co-op missions are a staple for us and are a big part of the game and we need a few new ones every now and then. PLEASE do not ignore the daily co-op missions, the spec-ops missions are great but grinding co-ops is the bread and butter in this game.

We thought we’d group your three questions as they highlight most of the PvE-related concerns players have.

To begin with, the rewards have in fact been adjusted throughout the recent patches and there hasn’t been a drastic decrease in them. Let me explain the way we balance the game with the example of the changes to Mini OREN in the most recent patchnotes – headshot damage stayed the same even though actual weapon damage was raised, headshot multiplier lowered. That is precisely how game changes are introduced into the game. Yes, deviations from the same result as before are possible but are all accounted for and constantly watched further.

The game isn’t focused on PvE or PvP entirely, and we do not intend to drop PvE in favor of PvP or the other way around. One of the defining features of Warface – as we see it – is the ability to enjoy both regimes so different from one another in the same game; the variety and room for opportunity.

It is difficult to see the connection between paying for VIP or Mega VIP booster and the worth of insane PvE missions. Insane is a difficult designed to be quite challenging and first off, it’s you and your team trying a hard nut to crack. The rewards are based on the time a mission takes to complete, and with that in mind the rewards are adjusted to allow a couple of failed attempts (that are still rewarded per waves completed, mind you). We will still double-check the values to ensure there’s no incorrect multipliers of any nature, to be sure.

We are aware of the attention regular Co-OP missions have among some members of the community and we hope you will enjoy the Special Ops that we are consistently working on – primarily. Special operations still allow you to amass quite the rewards – whether you use boosts or none at all. At this time the chances of regular Co-OP missions being added in near future are incredibly slim.

By the way, iGoldenStone is one of the NA moderators!

You stated earlier this year that there would be monthly Kredit offers (one weekend per month) but I have not seen a Kredit offer since the first one (soon after the tranisition). Do you intend to have Kredit offers in future?

Your other questions have been grouped in the PvE-questions quote above. 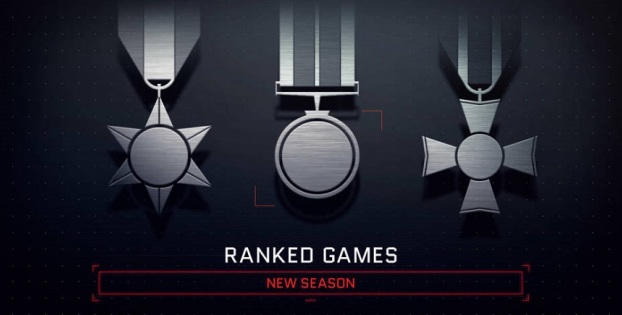 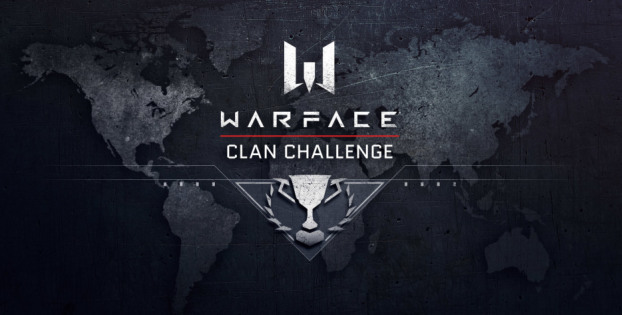 Clan Challenges – April ’17 results
The first season may be over, but the second’s already started!
10 May 2017 esports