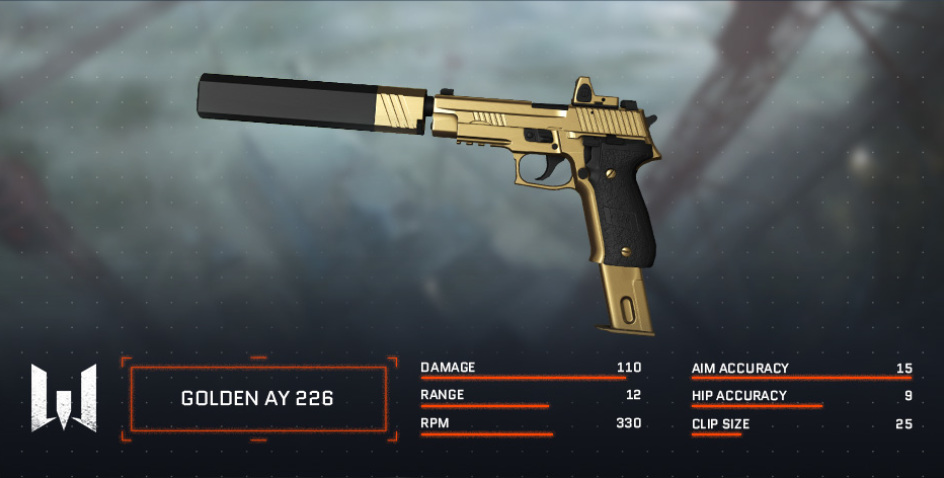 Designed to meet the harshest and strictest of world’s top militaries, AY 226 is a no-compromise sidearm.

The weapon clearly traces its roots back to SIG Sauer’s P226, a weapon branching off into a range of variants to suit the various needs of military agencies and general firearm users and enthusiasts worldwide. And one could expect no less when the weapon is favored by the U.S. Navy SEAL teams – those guys don’t mess around!

Much like its real life counterpart, the pistol is highly favored by both casual and competitive players. Talking about sidearms, it’s all about taste: some prefer the bulkier heavy-hitting revolvers and large-caliber guns like Eagle Eye, while others enjoy the rapid firing rates and precision of the more contemporary pistols. Not sure what to settle with? Go for the golden mean with AY 226.

The sidearm maintains its cutting edge with 110 points of damage, without yielding in other departments, scoring one of the highest accuracy and effective range values among secondary weapons in the game. Its rate of fire allows for placing quick follow-up shots, a feat enhanced even further by its capacity – much thanks to the extended magazine.

The benefits don’t end there either, as you can outfit the weapon to your liking with a multitude of already-existent attachments and some unique ones: a suppressor that doesn’t diminish damage and an improved holo sight.

Elevated to its proper status, AY 226 has received a Golden upgrade: its rate of fire has been increased by 10 (320 to 330) and magazine capacity by 5 (20 to 25). Note that you generally carry more ammo to battle as a result of the increased mag size.

Apart from that, much like other golden weapons, the gun deals increased damage to cyborgs, making it an ultimate secondary for the ‘Blackout’ Special Operation.

Top it off with good looks, owed to the mix of gold and matte black on specific parts of the grip and suppressor.

HOW TO GET ONE

Golden AY 226 is an exclusive weapon available only via the ‘Refer-a-friend’ program at this time. Getting it won’t be easy, but is well worth it in the long run!

The pistol comes with a custom achievement, unlockable as a stripe upon 999 combat eliminations with the Golden AY 226 – pin the dragon on your profile and wear with pride!

Discuss on the Forum
Discuss on Discord
Share this article: 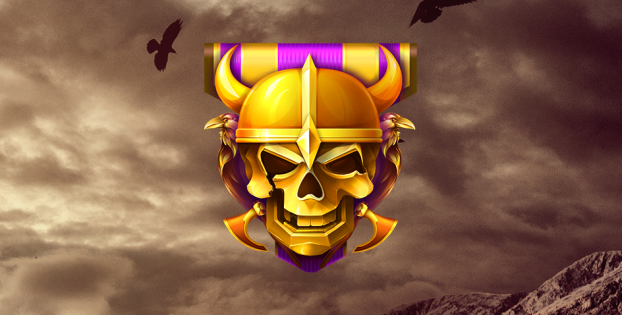 Next in Warface: Rank 86
A new rank of 86 will be added to the game: Colonel of the Heralds of Death, depicting a Viking on the badge
04 Sep 2017 general 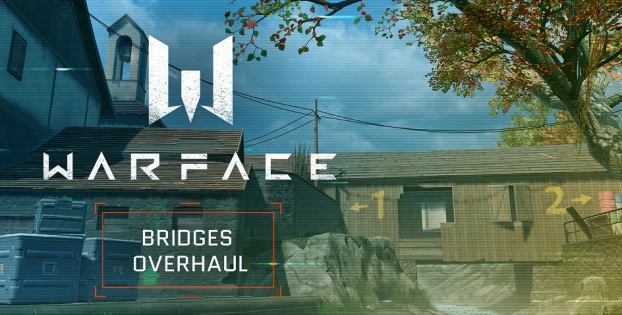