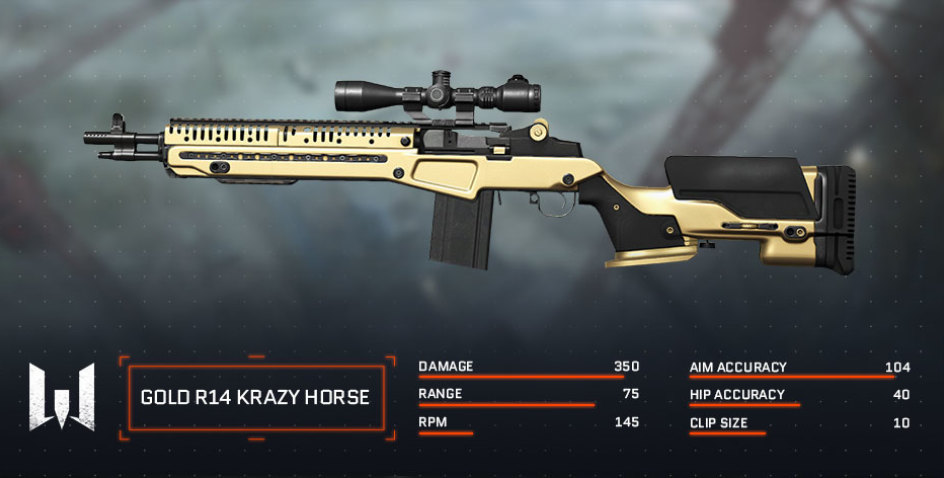 Krazy Horse has a reputation for its superb performance, and most importantly -- it has the highest damage of all Sniper semi-autos in the game!

M14 Crazy Horse is the obvious prototype for R14. Originally, the M14 rifles were employed throughout the early 2nd half of the 20th century as an issue weapon for the U.S. Army, though was soon replaced by the M16 -- the latter presented more room for ammo and error, and on top of that turned out far more compact than the long-barrelled M14. Having said that, M14 saw its rise as a designated marksman rifle, and while Smith Enterprises Inc. aren’t the only ones to modify it, they’ve definitely done a fine job.

The entire rifle’s body was replaced to allow for modifications to be installed on the Picatinny rail, build quality has been drastically improved, improving on the impeccable durability of the design and allowing it to perform well in cold weather and desert environment alike.

R14 Krazy Horse sports the highest damage value for all semi-automatic snipers in the game. That makes it incredibly potent when facing multiple enemies, as it allows you to land consecutive shots on the same, or choose a different target entirely right away. The effective range is superb with the value of 70, and R14’s accuracy is undisputed. Design improvements have drastically reduced its recoil, making it also easier to operate.

One of the rare drawbacks in the case of R14 is mag capacity -- limited to carrying only 10 in the mag, you have to make every shot count. It won’t allow you to “spray and pray”, but will prove a reliable ally if you employ its key strengths effectively.

The gun will be available until December, 16th. 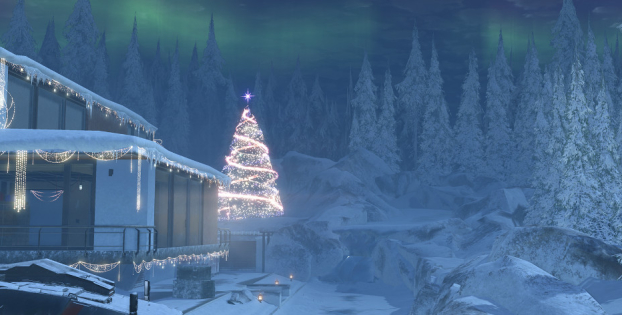 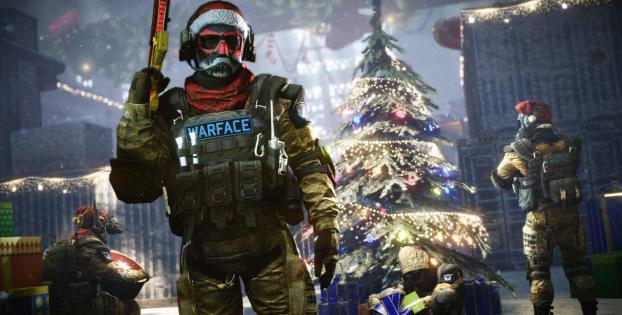