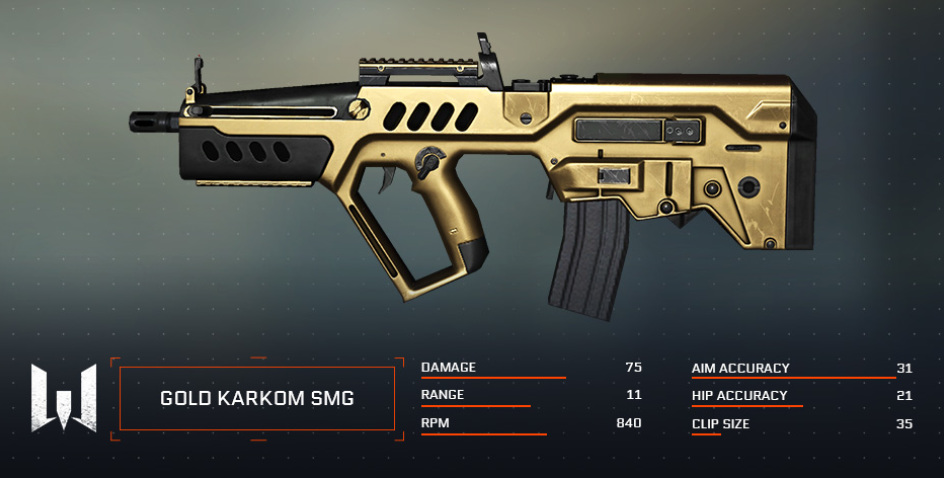 Karkom SMG is one of the most feared weapons in the game, and now it’s making a return!

Karkom SMG traces its origins back to Tavor CTAR-21, designed by Israeli Military Industries. This firearm was first introduced in mid-90’s, and was one of the first unique and break-through designs of its manufacturer. Originally, the weapon was branded “Advanced Assault Rifle”, though ultimately was renamed to “TAR” under the Tavor family. The C denotes its status: compact, often mistaken for ‘carbine’ or ‘commando’. Its bullpup configuration has earned the rifle relatively futuristic looks, thus ensuring a place in media. CTAR-21 is also the current service rifle for the Israeli Defence Forces.

As described previously, the Karkom SMG is one of the most potent Engineer primaries, employing its strengths of the bullpup design to the fullest: high and sustained damage at a great rate of fire, with minimal recoil. The SMG is pretty accurate both when aimed and fired from the hip, the magazine takes a total of 30 rounds.

The weapon is slower to reload than other SMG’s, though with its other features in mind, and decent selection speed, it makes for an excellent primary. Its range is bordering that of the assault rifles, making it a unique SMG that is guaranteed to hit as hard at even greater ranges than you’d normally be used to playing the Engineer.

Karkom comes in two variants: regular and golden, both can be found in Random Kredit Boxes. The golden Karkom SMG packs 5 more rounds in the mag, which translates into 210 (from the original 180) total ammo carried.

Discuss on Facebook
Discuss on the Forum
Discuss on Discord
Share this article:
« WX Metasoma Evo3 A1 - now in shop
Class week – Engineer » 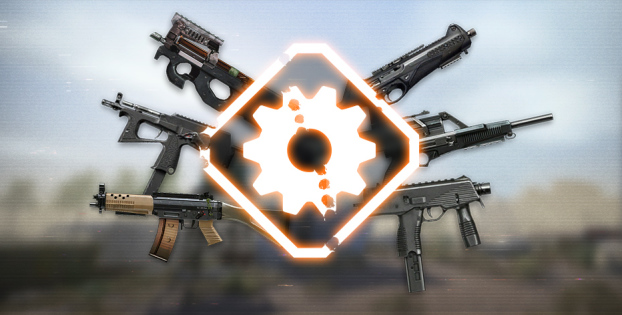