The September update has just gone live. Among other things, it brings improvements to the ranked matches and sniper rifles, provides in-game voice chat, adds a new CZ 75 Czechmate Parrot pistol and another weapon camo series.

Our vision for ranked games has always been centered around bringing them as close to the competitive scene as possible. As such, we are happy to introduce a number of changes to the ruleset. They are aimed at improving the tactical gameplay and making this game mode overall more engaging. Apart from that, these changes will also make game classes stand out better in team framework, and grant them an ability to have a greater impact on how the team performs as a whole in its regular interactions.

Ranked Matches 2.0 is a crucial stage. Thus, we have been and will continue to be extremely thorough and responsible with the changes. In order to make it easier for you to navigate through the new adjustments, we have divided them up in several parts, and each will be addressed in a separate article. Some of these changes have already reached final testing, while others will be reworked over time.

During the course of the first week after the update goes live, there will be a test season of ranked matches. Throughout this stage, you will be able to earn Warface Dollars, Crowns and Boosters, while finishing the season in any league will award you additionally with a “Lion” mark.

We will be monitoring the results, and future developments will be announced separately. There will either be a second testing season or a full switch to the new ruleset.

Please note that the test season can be interrupted at any time prematurely, and players may have their leagues changed without prior notice.

Make sure to check out the new ranked matches and let us know what you think!

In order to climb the leagues, you will have to win matches. The higher you climb, the more persistent you will have to be. At the same time, if you lose a match, you won’t lose your progress right away — instead, you will have a chance to ‘retaliate’, winning a series of games. If you don’t use this opportunity and keep losing, you’ll roll back to a lower league.

Status: final testing. Ranked system settings may change throughout the test season depending on how hard it is to progress through the leagues for the players. Player leagues are subject to change during test season without prior notice.

In pursuit of making ranked games more competitive, we also have to restrict specific gear that’s prohibited in the official tournaments. As such, items that are eligible in ranked matches are marked in your equipment menu. If you equip restricted items, you will not be able to join a queue for a ranked game.

Status: postponed until full overhaul. We will need some more time to fix an error related to the new system and matchmaking. This time will also be used to monitor in-game data and player feedback on restricted gear to ensure a fair and competitive environment.

Following up on the changes, we will also be increasing the traditional rewards for advancing leagues: Crowns, Warface dollars, boosters and so on. Not only that, but we’ll also be adding some new rewards alongside awesome achievements!

The ultimate reward for reaching the first league in a regular season will be a special seasonal camo series for 5 guns (and a knife!): MSBS Radon assault rifle, Sidewinder Venom shotgun, PP-2000 PDW, ORSIS T-5000 sniper rifle, M1911A1 pistol and on top of that, a Jagdkommando knife.

Weapon camo series are named after gemstones, and each nature season will have its own color. For example, the autumn one will be Amethyst . You will only be able to unlock it for playing ranked matches from September to November. Please note that if you’ve previously claimed a camo series, you cannot obtain it a second time even if you win the following year.

Apart from that, we will be adding 14 unique achievements, 12 of which can be obtained exclusively for advancing to the first league during a regular season. Each month has its own achievement, so don’t miss a single one or you’ll have to wait until the next year to try again!

Note that the voice chat is available for Ranked Matches and Special Operations only. And of course in PvP only your teammates will hear you: your enemies will not intercept your messages.

“Parrot” is already in store!

CZ 75 Czechmate Parrot will help you outsmart your opponent five moves ahead in a pistol duel. The “Parrot” is highly efficient at close to medium ranges, and is bound to earn the hearts of those fond of PvP. Its high headshot damage is enough to take down even opponents wearing helmets, while the 1.2x C-More scope and its reticles are quite manageable in close quarters as well.

This gun can be found in Random Crown Boxes and Random Kredit Boxes in two variants: regular and golden. Golden CZ 75 Czechmate Parrot has higher damage, rate of fire and magazine capacity values. Drop rates are equal in both boxes.

Please note that Random Crown Boxes can be purchased only by the players that have reached Rank 11. 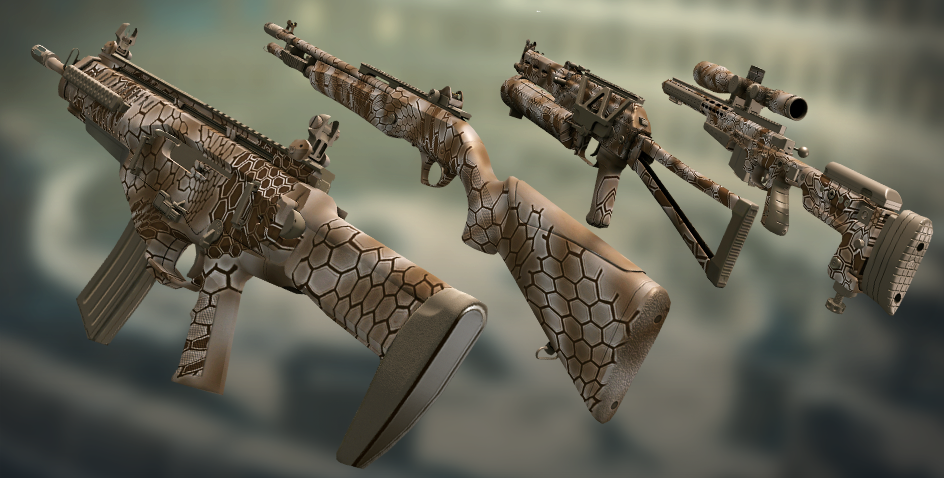 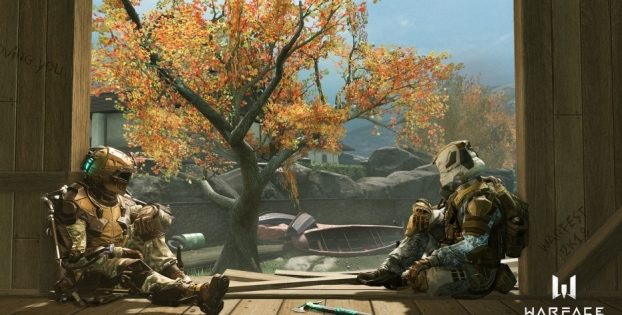