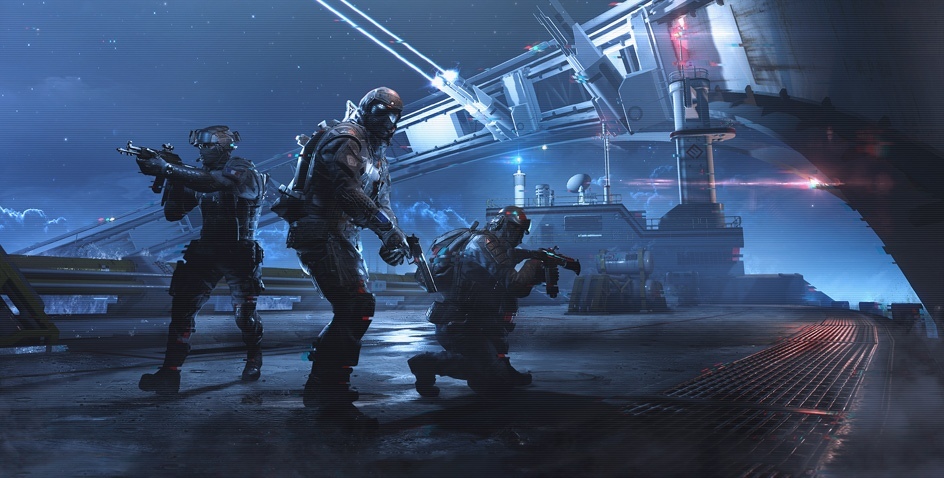 The next update will bring a new Special Operation codenamed "Hydra", which was previously mentioned in the roadmap as the PVE-Arena. It should go live till the end of the year. "Hydra" differs from recent Special Operations, since it offers a more "meaty" gameplay and a new reward system.

Blackwood soldiers captured the sabotage squad "Vega-5" and Agent Noda who managed to prevent the extermination of colonists on Mars. Euroalliance troops cannot come to the rescue and are forced to retreat. The reason is an unceasing artillery barrage from the Blackwood mobile naval base called "Hydra". 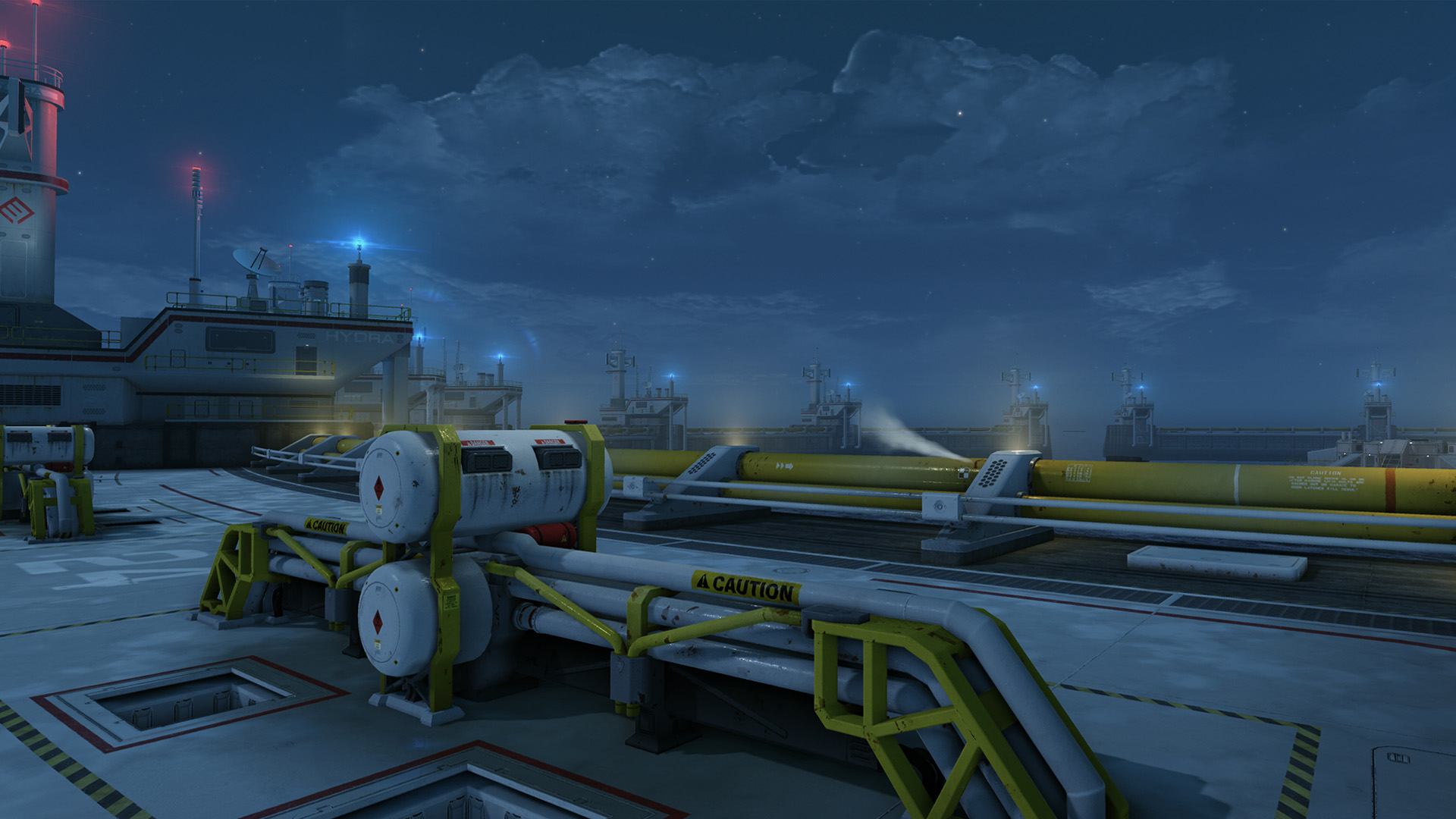 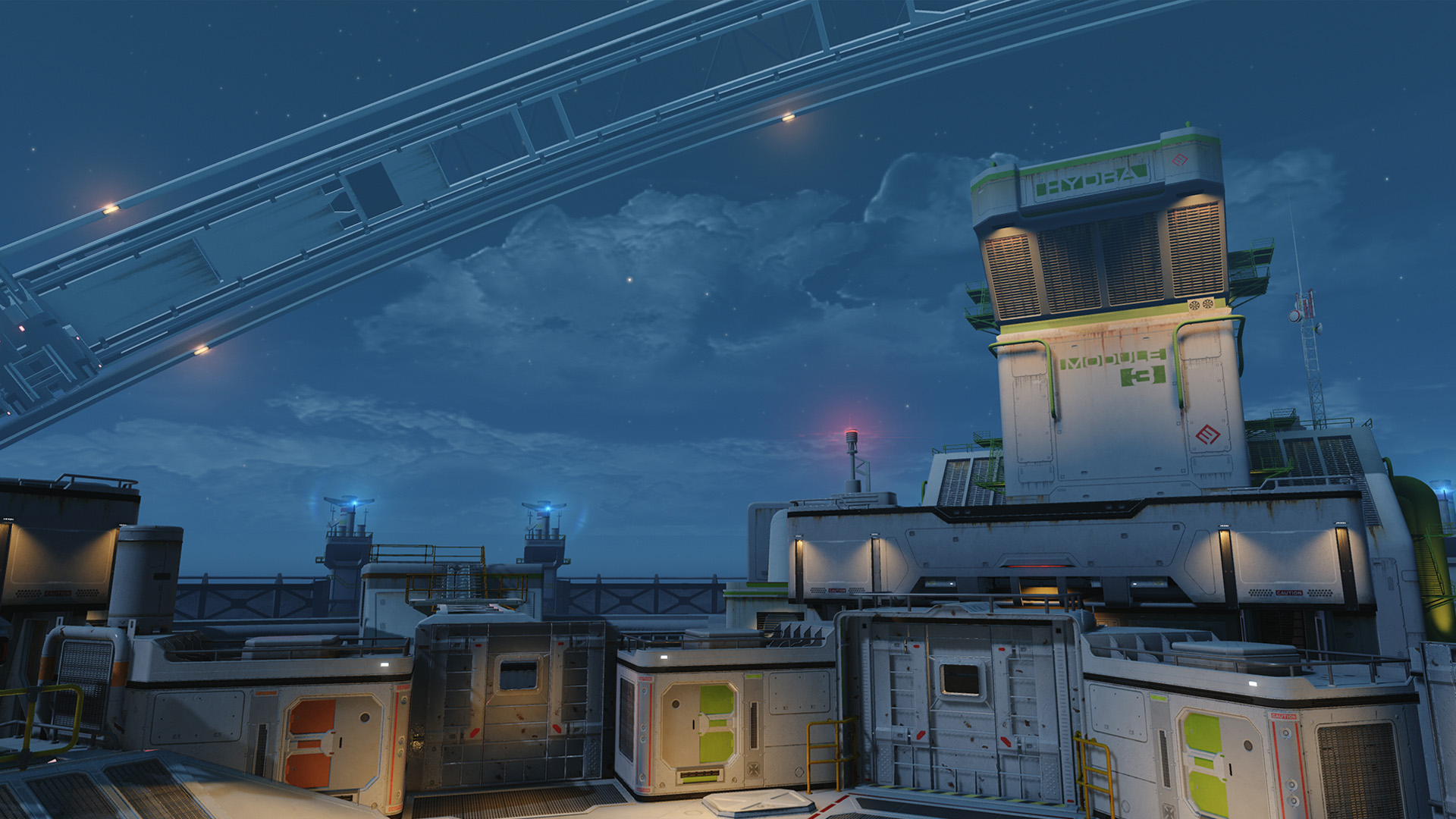 General Lee Wharton decides to send another unit "Sigma-3" to "Hydra" to take over the Blackwood weapon. This will prevent Oberon White from leaving the island with the prisoners, while Euroalliance will be able to resume the offensive. "Sigma-3" fighters manage to get to the base. However, alert sounds summoning all "Hydra" personnel up from lower levels. They seek to destroy the Warface squad.

While creating "Hydra", the developers team decided to get back to the basics, making the gameplay intuitive and more "meaty" unlike that of the recent Special Operations such as "Pripyat", "Sunrise" and "Mars" that featured a large number of complex mechanics and a well-developed plot.

In "Hydra" players will have to defend a special terminal located in the center of the map, with each enemy wave being more dangerous than the previous one. In total there are 20 waves. During the last one players will become engaged in the final stand-off with a powerful boss.

"Hydra" will certainly remind you of the familiar "Cold Peak", "The HQ" and "Cyber Horde" SpecOps. However, the new mission will sport many unique features that will provide a completely new gaming experience. 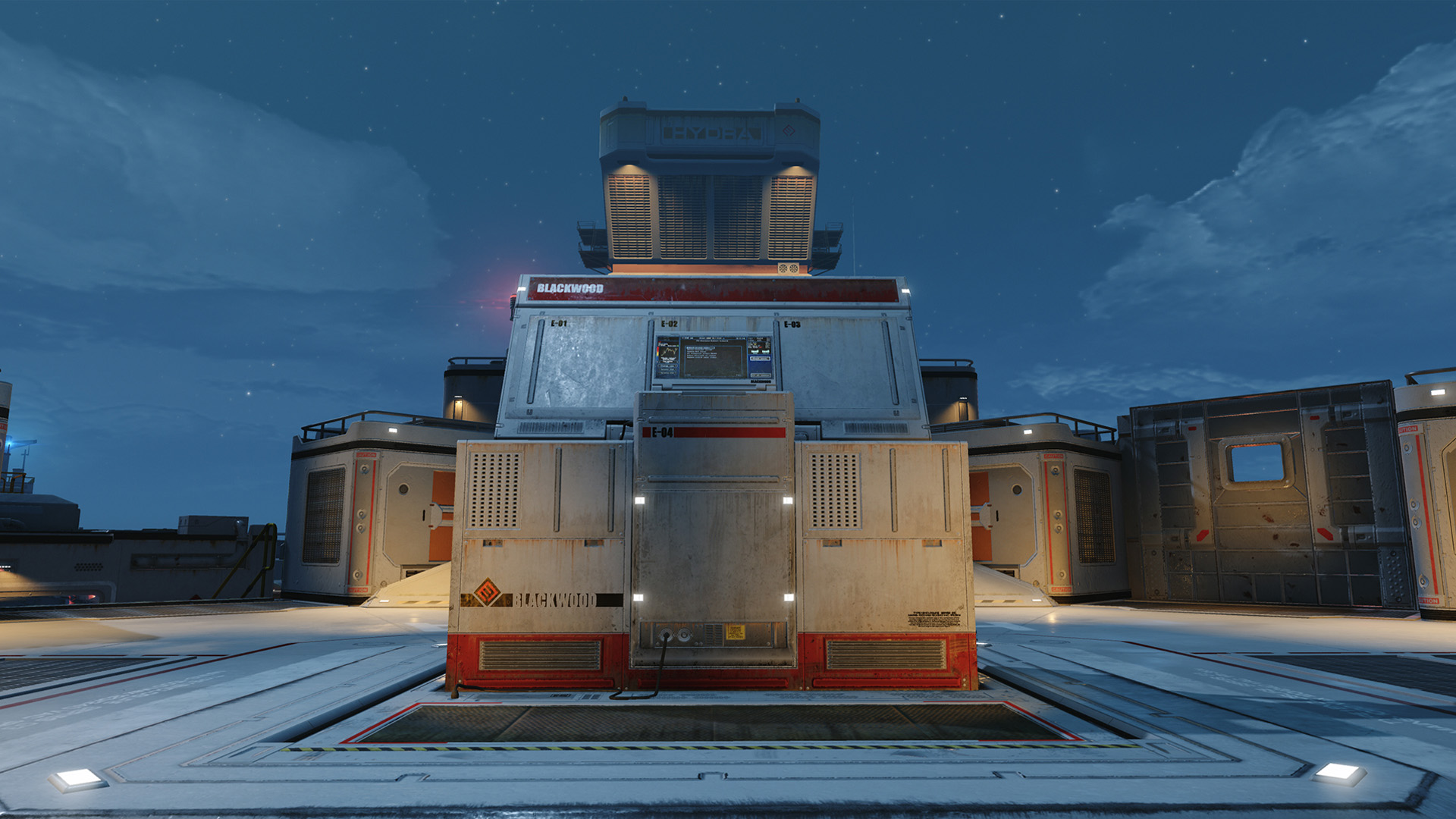 The game cycle can be divided into the following stages:

The map is divided into several sectors. The central one hosts the terminal surrounded with 4 “petal”-like platforms. Initially, players have access only to the central part, and the platforms begin to rise from under the water during certain enemy waves - after the 2nd, 5th, 9th and 14th waves increasing the battlefield space and opening up new opportunities. 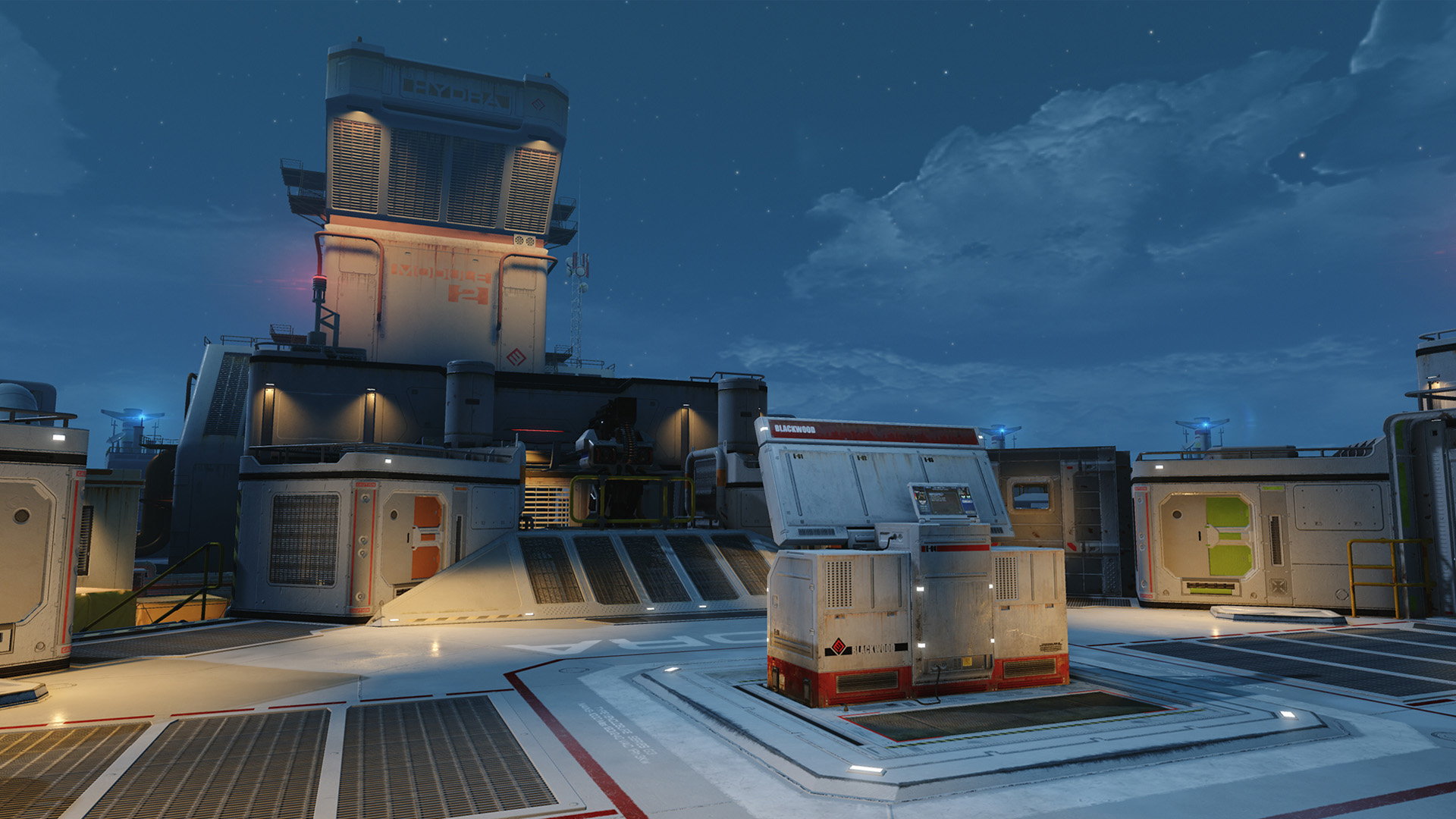 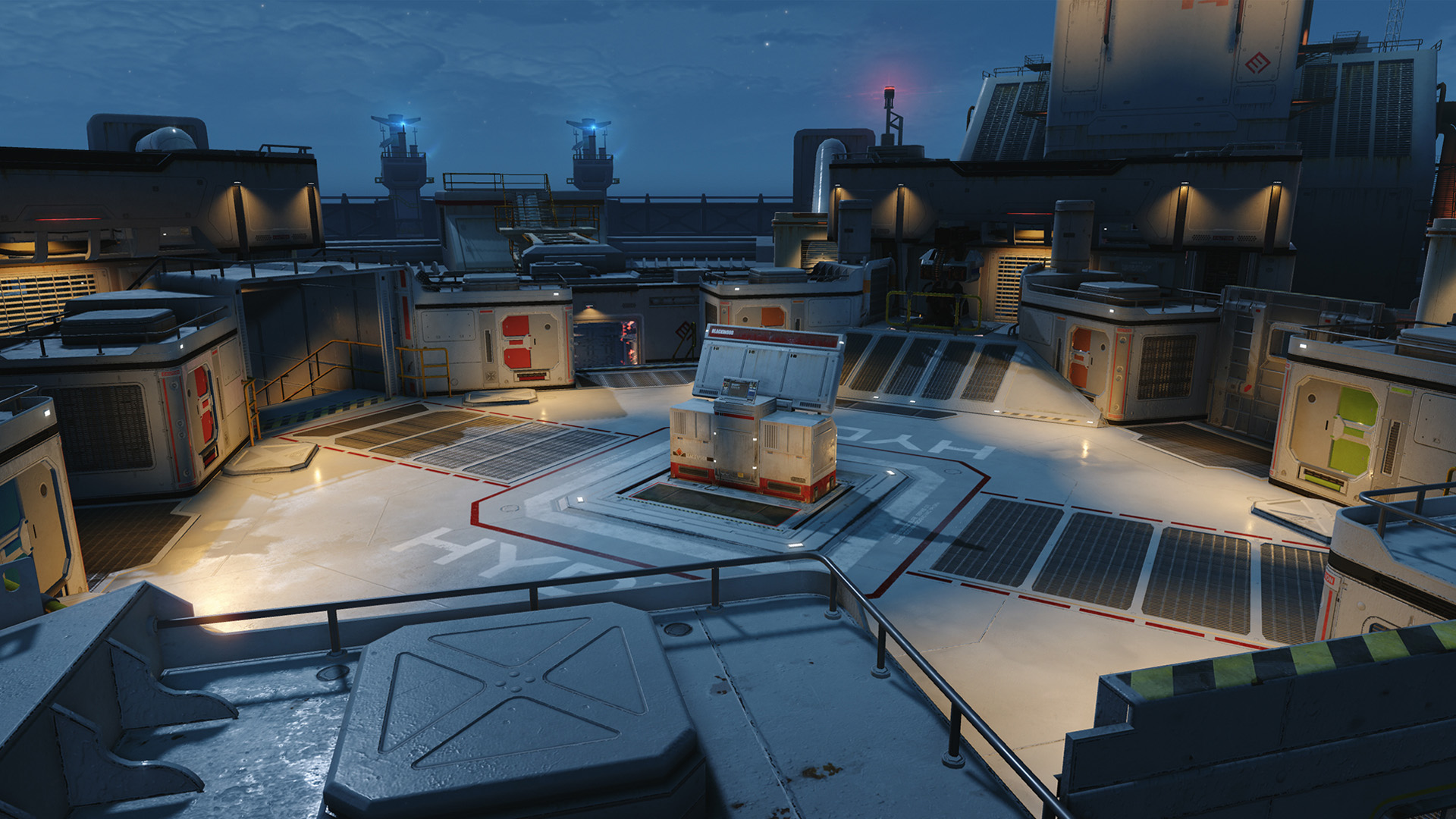 Despite the intuitive gameplay "Hydra" sports a number of features that will never let you get bored during this mission!

"Hydra" will use a  new reward system which works on the cut-off principle meaning that prizes will be received only if the team passes the 5th, 10th, 15th or 20th wave.
You will get rewards for the last wave repelled before the timer expires. So, you will decide whether to risk and take another frontier or maintain the current progress. Who knows what the result will be at the next stage?
Please note that you will be getting rewards every week. The prize depends on your best result achieved during the week.

Starting from the 10th wave repelled you will be able to get rewards including temporary and permanent weapons and "Spectre" equipment pieces ("Beta" boots and gloves). Every new cut-off reached increases the chance of getting a permanent gun. Thus, the further you go, the more likely you will be to get permanent "Hydra" arms!

The series includes popular and powerful models for each class. Typhoon F12 Custom which previously was not featured in the game and the corresponding camo are worth a special mentioning. 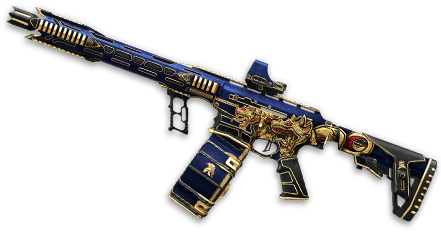 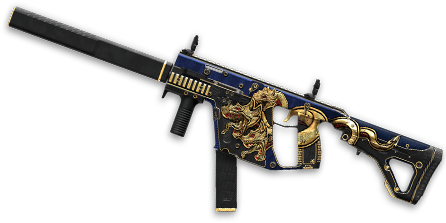 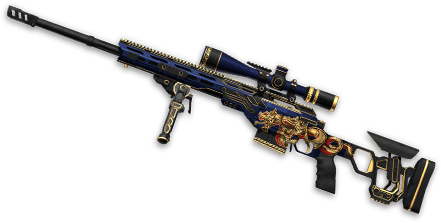 This unique series will be distinguished by its themed looks and the way of acquisition by way of completing the Operation "Hydra".

Of course, kills made with "Hydra" weapons will bring you unique stripes!

By completing the Special Operation, you can get 15 new achievements, one of which is a secret. To collect all the badges, marks and stripes, you will have not only to defeat the enemies but also demonstrate an excellent teamwork.

Warrior of Light
Restore 5000 HP to your teammates in Special Operation "Hydra".

The Art of Explosion
Eliminate 100 enemies with explosive barrels in Special Operation "Hydra".

Jingle Bells
It's a Secret Challenge. Nobody knows how to complete it.

Whatever It Takes
Complete Special Operation "Hydra" without being killed.

Safe and Sound
Finish Special Operation "Hydra" with 90% of the Terminal durability or more.

Master of the Arena
Complete Special Operation "Hydra" as all the classes.

Please note that the information above is preliminary and some game aspects may be subject to changes per general testing results. 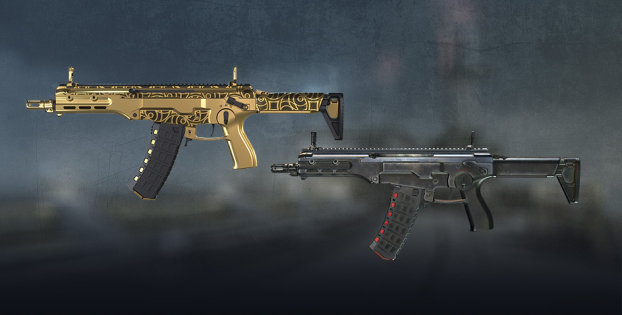 Soon in game: АМ-17
We are glad to present you the new Engineer primary that will appear in the game with the next update
11 Dec 2019 article 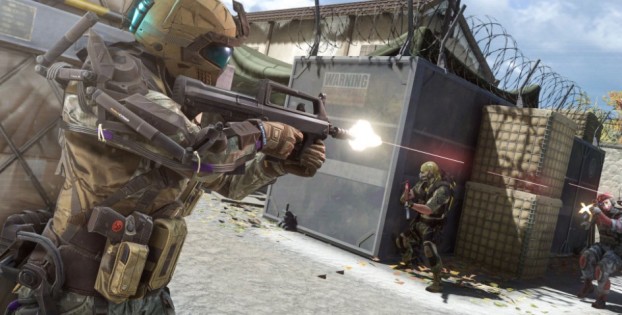