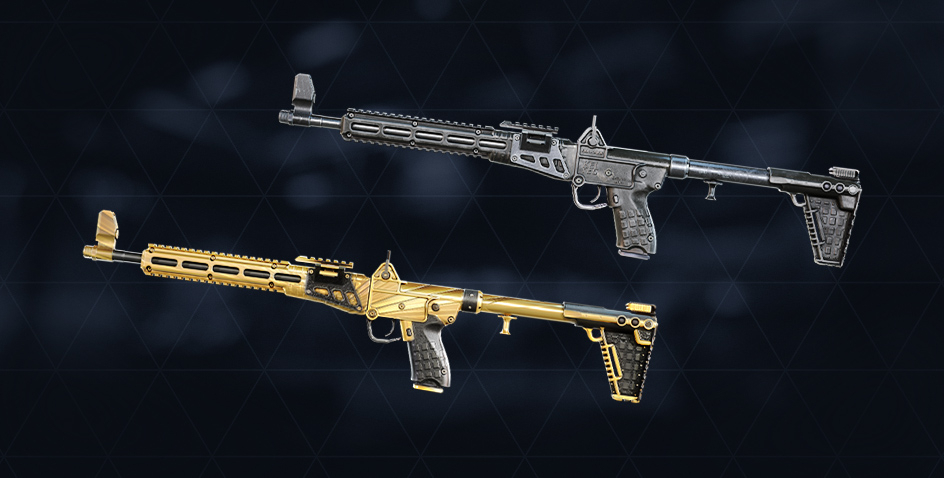 Categories: Armory
Soldiers!
We are glad to announce that a new secondary weapon Kel-Tec SUB 2000 is now in store. The construction of this American carbine places it somewhere in between rifles and pistols, while the gun itself offers the best of both worlds. Such extraordinary arm will definitely catch the eye of the any weapon connoisseurs!
Make sure to also check out other guns available in the game shop via Direct Sale and Random Boxes!

Kel-Tec SUB 2000 is a semi-automatic folding carbine manufactured by Kel-Tec CNC Industries, and designed by the constructor George Kellgren who is well known as a creator of peculiar and innovative weapon models including the shotgun Kel-Tec KSG and the pistol TEC-9. Sometimes Kel-Tec SUB 2000 is called a pistol-caliber carbine since it is chambered for 9×19 mm and 10×22 mm cartridges that are usually used for pistols. 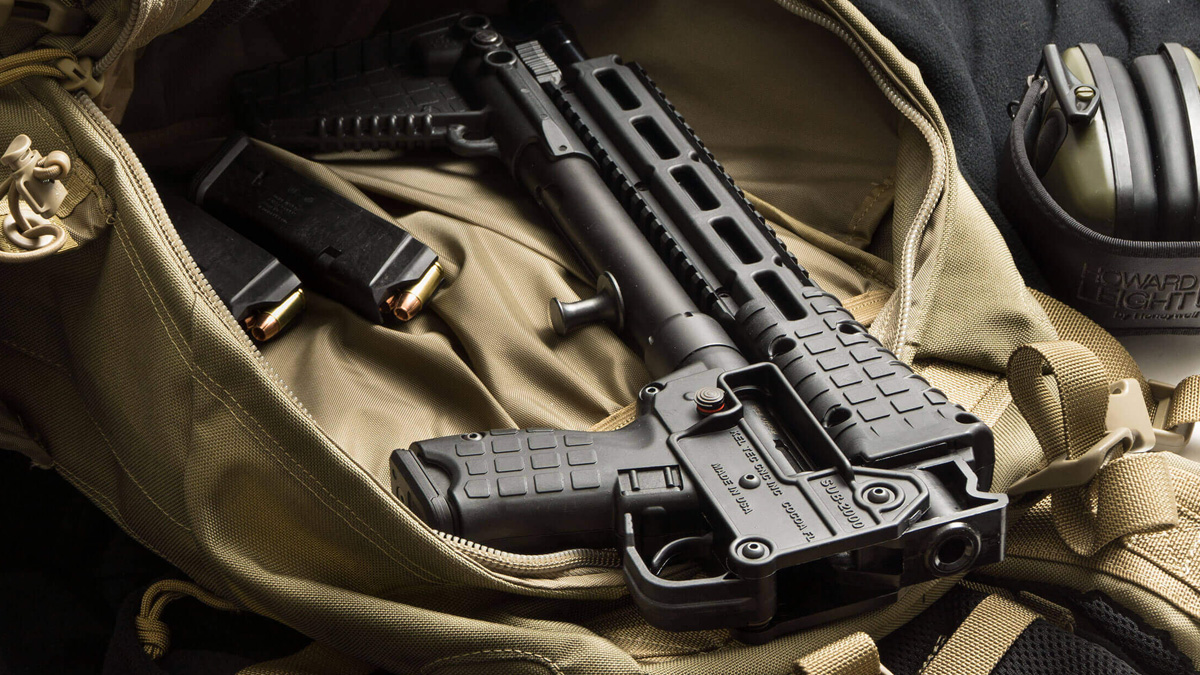 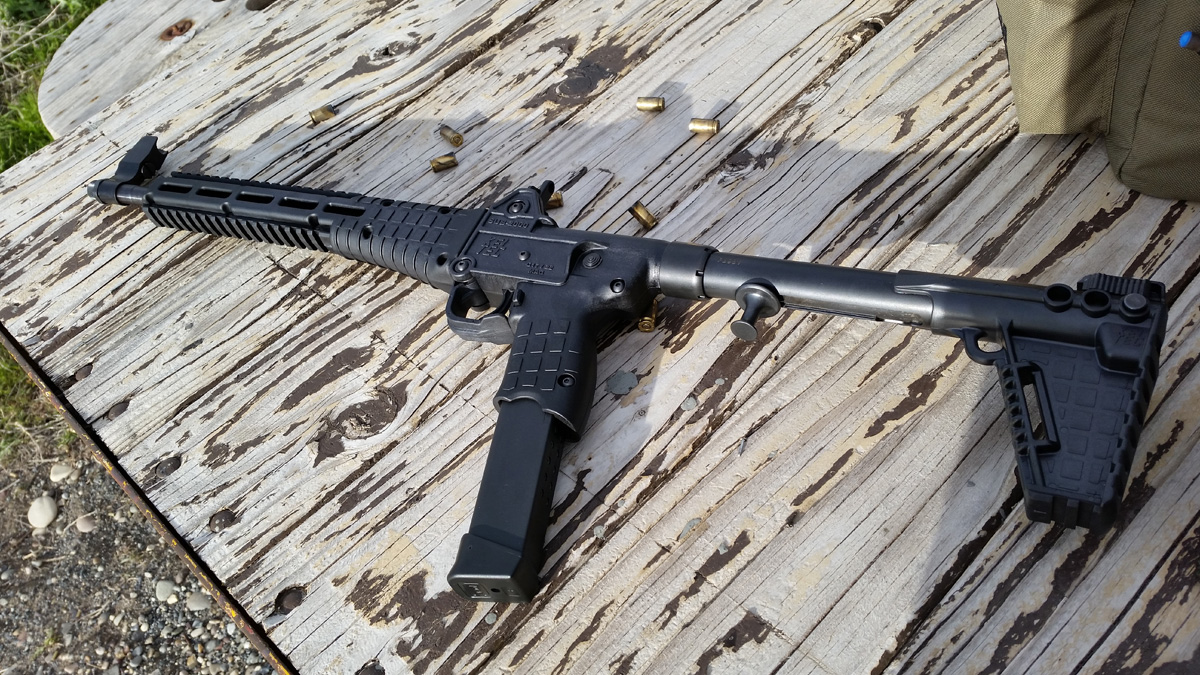 However, the carbine surpasses pistols since, thanks to the minimum return force of the trigger mechanism, Kel Tec SUB 2000 offers higher accuracy and rate of fire (up to 150 rounds per minute). The bolt mechanism is partially located in the tubular buttstock allowing to increase the barrel length up to 406 mm while the arm remains quite compact. The new weapon is a folding carbine; thus, it can be easily transported without being seen even under clothes. The gun is foldable to 40х10 cm, while its weight without cartridges is similar to that of some pistols.

Among it peers Kel-Tec SUB 2000 stands out thanks to its elegant looks. Moreover, it is meant to become one of the most accurate secondary weapons, just like Taurus Judge invariably remains the benchmark for melee revolvers/pistols.
Kel-Tec SUB 2000 sports unsurpassed hip fire accuracy, high range, and packs a superb punch that will blast your enemies to the kingdom come in no time. The arm's advantages are offset by moderate rate of fire, low selection and aiming speed. However, taking into account the gameplay style for which this gun was designed the mentioned drawbacks seem quite insignificant.

Apart from its sleek looks, the golden version of the weapon boasts better range and increased mag capacity.
Kel-Tec SUB 2000 is a must-have for that top-of-the-line slot in your armory.

With such a reliable friend at hand you will dread no enemies! 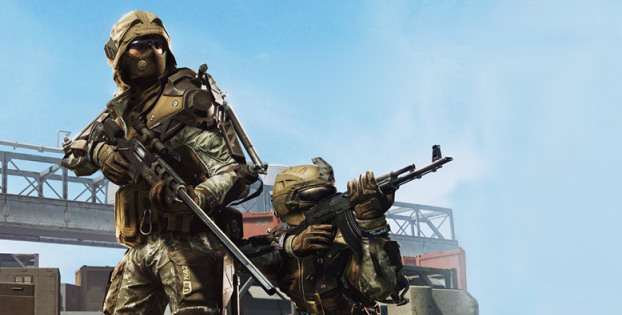 Rare weapons for true soldiers
Redeem the code and get your hands on the World War II weapons for 5 days!
08 May 2020 article 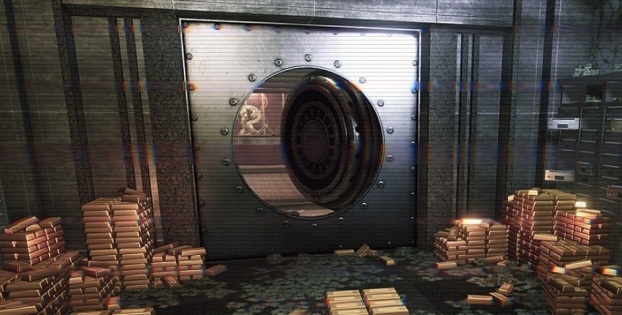 One million Kredits up for grabs
Once the respective countdown banner is gone, so is the deal!
08 May 2020 article