The moment when the previously announced Special Operation "Blackwood" will appear in the game is approaching. It will offer plenty of new features including unique bosses. In this publication we will lift the curtain of secrecy and tell you about their pecularities.

To successfully complete the Special Operation, you will have to destroy three bosses. You can reach them with the help of SED operator units located at three separate bases. You can capture them and eliminate the bosses in any order. 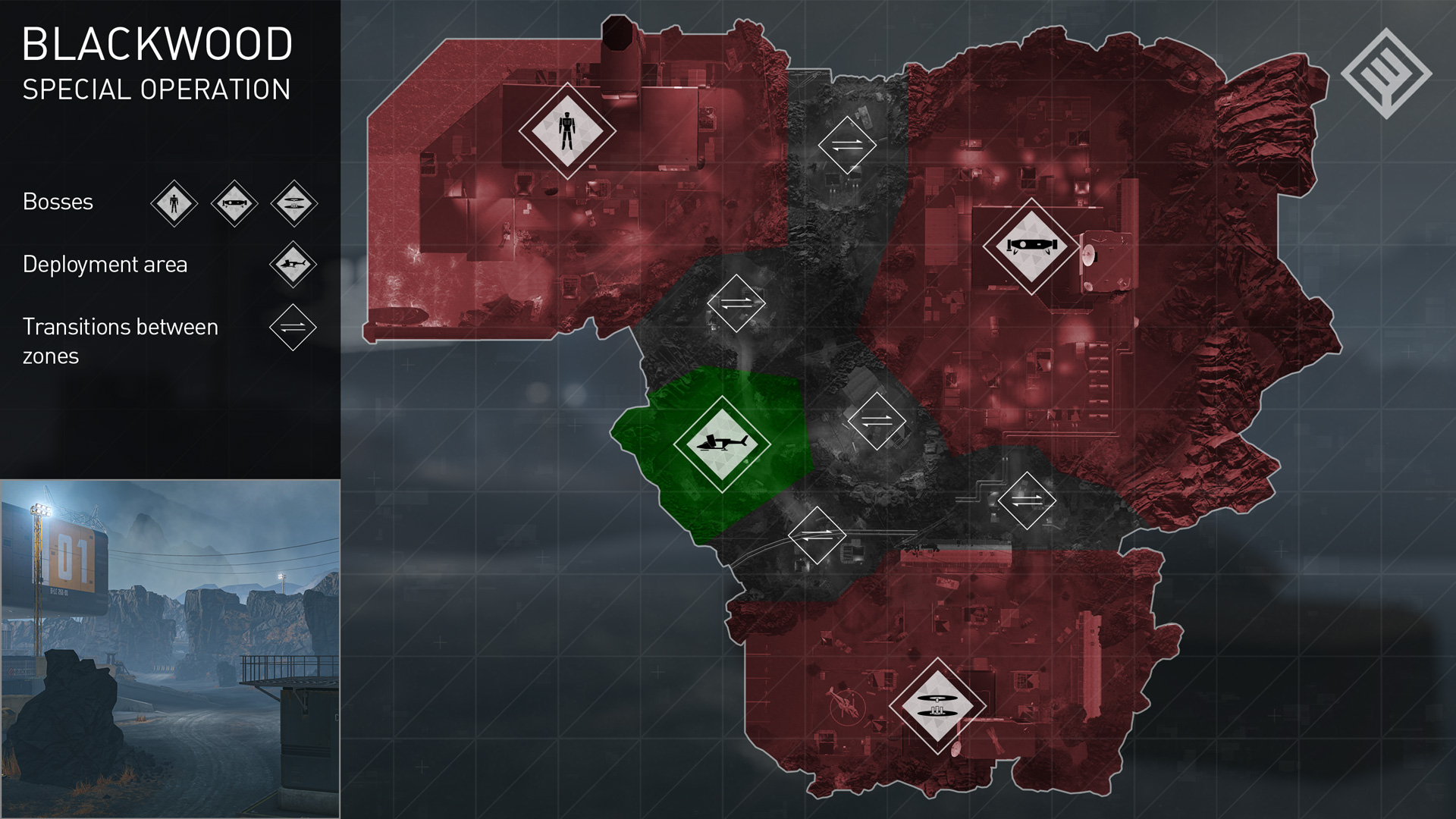 Each boss has two elimination scenarios, which determine the location of the battle, the enemy conduct, its defense and weaponry, as well as the number of security personnel. Difficulty increases with each boss destroyed:

With each defeated boss, other opponents protecting the bases become more dangerous as well.

The number of Resurrection Coins that can be used while fighting against the boss also changes: three coins for the first boss, two for the second, and only one for the third. If your SED gets disabled, and available Resurrection Coins end, you will be disconnected from the robot. You will need to re-activate the operator link unit to return to the boss. If the entire squad is dead, you will have to start the battle from scratch.

To fight against the boss, your team will have to separate into two groups. One group will connect themselves to link units (there are three of them) while the other will stay to protect the terminal. The ratio of fighters in each group depends on the difficulty of the boss. The first boss can be killed by one or two soldiers, the second one by at least two players, and you will need three fighters to kill the third one.

An experimental SED model that can instantly travel short distances when being damage or approached by an enemy.

Combat tactics
Quant has an energy shield that can be deactivated by shooting from the rifle Arcus. In this case, the boss will be immobilized for a few seconds. At this moment, you will have to approach it from the back and impact the robot in a certain way to deal it damage. To destroy Quant, you will need to repeat this action several times.

Scenario 1
The location consists of two large halls. The battle will start in the first one; however, after losing about a third of hit points, Quant will move to the second hall, where it will be protected by soldiers.

Scenario 2
The location consists of three halls. To move between them, you will need to use teleportation devices located in special rooms. Enemy soldiers will constantly arrive at the scene. By shooting illuminated panels near the doors, you will be able to temporarily block them and prevent the appearance of new enemies.
In the last room, the boss will hide on a separate platform, which can be accessed only via a teleportation device. You can make your way to the teleport room with the whole squad or send one fighter to finish off Quantum while the rest of the team provides the cover.

The prototype of a giant-sized reactor operating on "dark energy". It is protected by a special laser unit connected to it.

Combat tactics
To destroy "Argus", you will have to disable its most important elements. Enemy soldiers and laser emitters rotating around the reactor will try to stop you. Lasers can be temporarily disabled by firing at them.

Scenario 1
The location features one circular platform around the reactor. In the center, there are three energy converters, which must be destroyed in sequence by shooting from Arcus. The first converter will be protected by three laser emitters, the second one by four, the third one by twelve. Thus, the safe area between the lasers will decrease during the battle. At the second and the third stages of the fight, you will need to destroy the reactor rods rising from the platform avoiding charged capacitors.

Scenario 2
The location has a reactor in the center and 5 semicircular platforms at different heights along the walls. Despite the fact that you will be operating SEDs, you will be able to climb platforms only with the help of a teammate. On the first and the third platforms, you will need to destroy energy converters with shots from Arcus, and on the last fifth platform your objective will be to eliminate the core of the reactor. It is protected by an energy barrier that can be temporarily disabled by shots from grenade launchers that can be found within boxes nearby. Only after removing the barrier you will be able to damage the core.
All this time, you will be attacked by fighters arriving from different directions and laser emitters rotating around the reactor.

A heavy guard drone is another result of the experiments with "dark energy". It has several types of weapons and an energy shield.

Combat tactics
The boss becomes vulnerable after turning off the shield by firing at it from a grenade launcher - the drone has to expose its power core that is vulnerable to the Arcus rifle. You can find grenade launchers in boxes that will appear and disappear at certain intervals. It is also a good idea  to use boxes as a temporary shelter.

Scenario 1
The location is a spacious warehouse with five boxes-shelters. Only two of them are available at a time. The drone moves in a circle firing a machine gun. It switches to a rocket launcher when the shield is deactivated. From time to time, protective turrets appear next to the boss, and enemy soldiers arrive at the scene. There will be more of them after the drone has lost half of the hit points.

Scenario 2
At this stage, the location will become less spacious, and the drone will move along the far end of the room. There will be 4 box-shelters. Two of them at the rear of the hall will be always available, while two boxes in front will appear and disappear. The boss shoots three bursts of “sticky” shells, and when the shield is deactivated, it fires lethal blasts of energy. After each reloading of  the shield, the complexity of the battle will rise due to an increased number of opponents. You can turn off the shield only after two hits from the grenade launcher.

We would like to remind you that a week is allotted for mission completion. During this time you can destroy bosses in a different order. After the cycle is over, you will automatically receive from one to three boxes with a reward. Therefore, every time you complete the operation, you need to kill a different boss last. As for rewards, we have already told you about them in a separate article.

This is where the real combat begins! 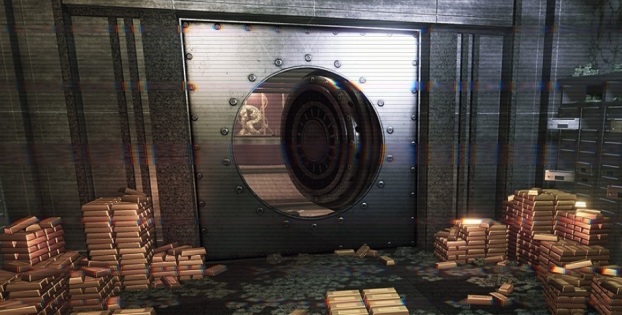 One million Kredits up for grabs
Once the respective countdown banner is gone, so is the deal
29 May 2020 article