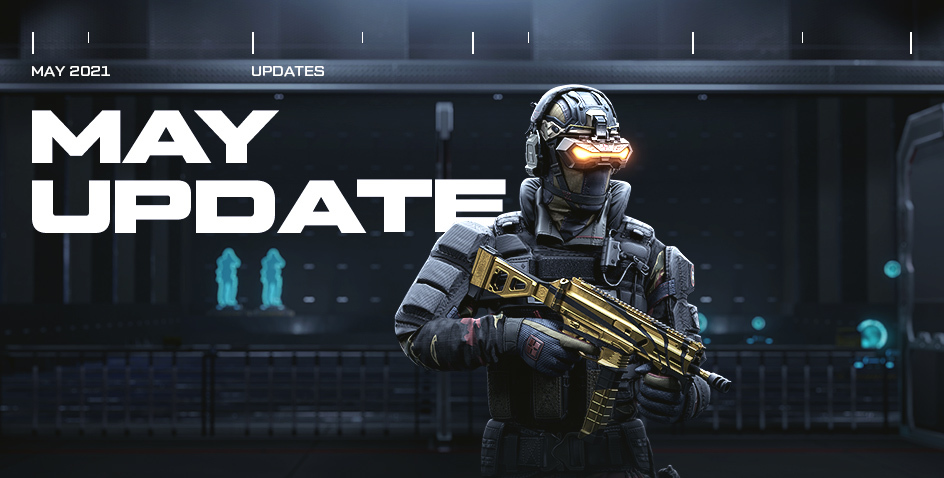 May Update - already in game!

The May update has landed on the Warface servers! We have a lot of interesting things in store for you: brand new weapon models, as well as special versions with modified geometry and characteristics. The update also brings a new series of Egypt inspired weapons and camouflages and delivers fixes to some bugs.

The process of transferring the development to the Allods Team continues, and so does the improvement in interaction between our teams. We know how pleased you are when we dedicate a lot of time to fixing various in-game errors. This year we will pay extra attention to this area. The developers are already working on updating the list of known bugs to make it up-to-date and change priorities to improve the quality of the game. Please note: in the current update we're still in the process of actualization, so right now the developers are focused on the new content. Please familiarize yourself with the full list of changes, download the latest version of the game and check out the new items!

Regarding the update size

This time the patch will be quite heavy to download (about 5,6 GB). Such an impressive size of the archive is due to the fact that some localization files have been updated. We assure you that it is a one-off measure and we will provide a compensation for the inconvenience - there will be increased in-game rewards this weekend. We will inform you about it in a separate publication, so stay tuned.

To make up for downloading a heavy patch, there will be increased server rates on the weekend

We are glad to present you two brand new models - a submachine gun Grand Power SR9A2 and a sniper rifle M1917 Enfield.

This automatic firearm for Engineers has a compact classic design and well-balanced specs. It favourably compares to its closest competitors - the AMB-17 and the PP-19-01 "Vityaz" thanks to an increased damage and a better rate of fire; however the Grand Power’s rate of fire is still lower than that of the SIG MPX SBR Custom. 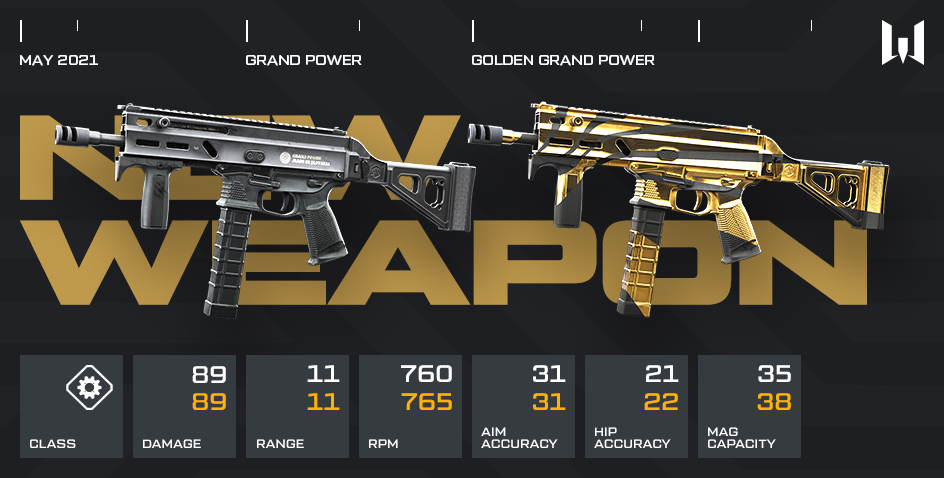 The golden version of the weapon is distinguished by an increased rate of fire, greater hip fire accuracy, more ammo and a more spacious magazine. The arm comes equipped with 4 unique attachments: a flame suppressor, handle, silencer and a collimator sight.

The collection of historical weapons has been replenished with an interesting novelty - a bolt-action rifle M1917 Enfield. This weapon has gone through all the major wars of the XX century. In the game, the retro model can boast excellent specs at the level of its closest competitors. 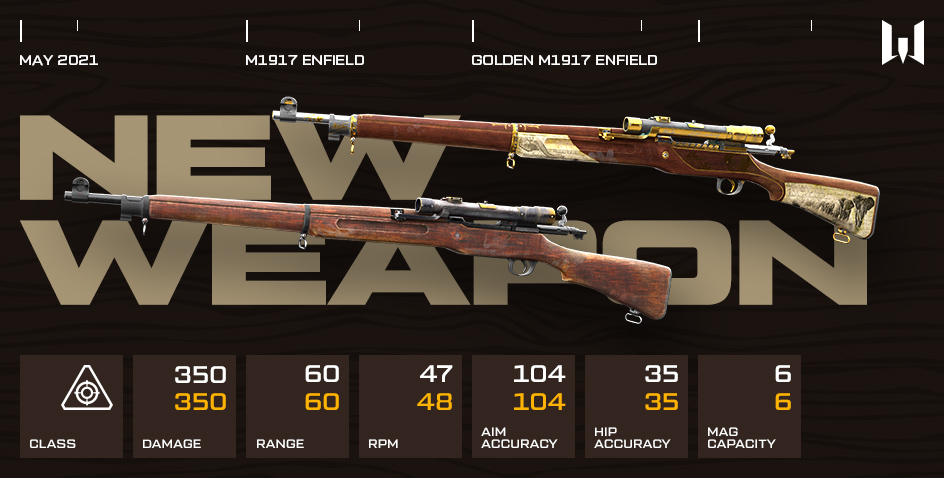 In addition, the weapon sports very sleek looks and comes in two versions - the regular and the golden one. The latter is characterized by an increased rate of fire. One of the M1917 Enfield's main features is that no attachments can be mounted on it.

We are not done with new weapons yet. In addition to completely new models, modified versions of the familiar guns have appeared in the game. They have their own set of characteristics, unique looks and themed achievements.

Click on the image to zoom in it. Use the slider navigation arrows to view all the models. 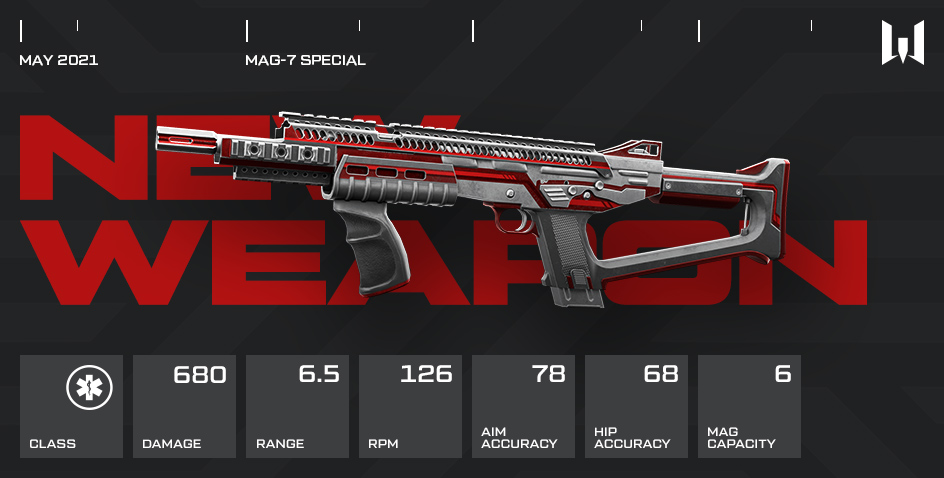 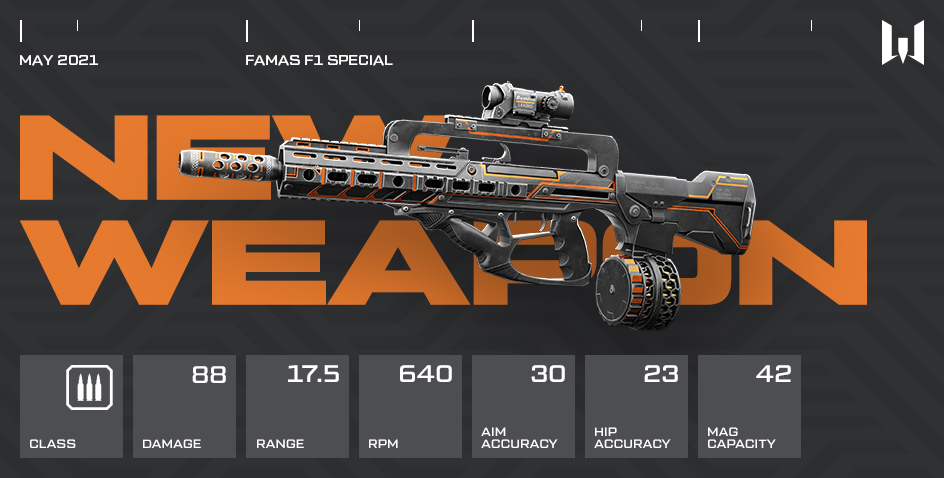 Fans of guns in cool skins are in for a pleasant surprise. The "Pharaoh'' series includes primary and secondary arms, as well as melee weapons. The models are decorated with Egyptian symbols that will remind you of the famous historical era. Would you like to undergo a complete immersive experience? Arm yourself with "Pharaoh" models, start up the special operations "Anubis" and "Blackout" and enjoy the game! The new series includes both weapons and camouflages set in the same style. 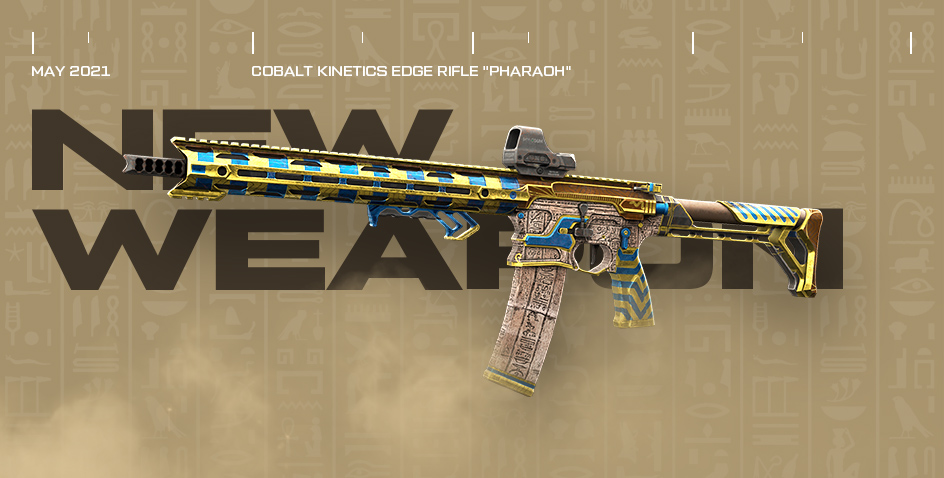 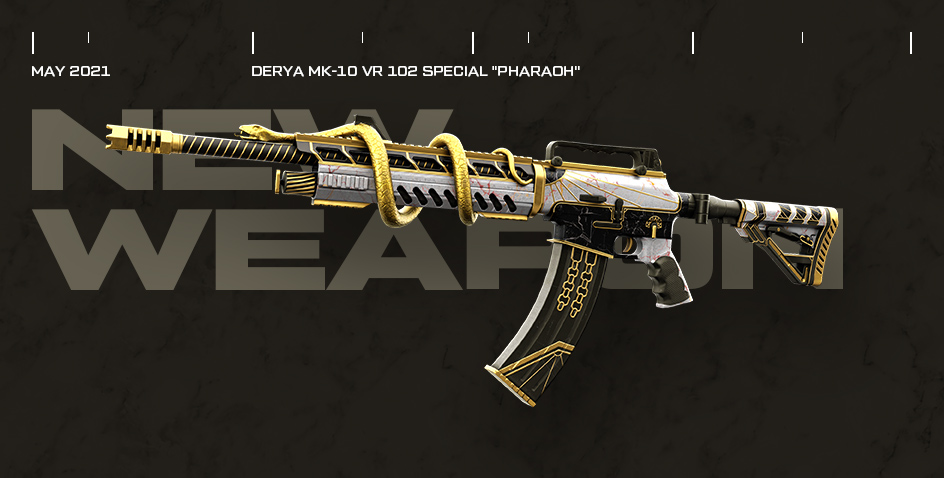 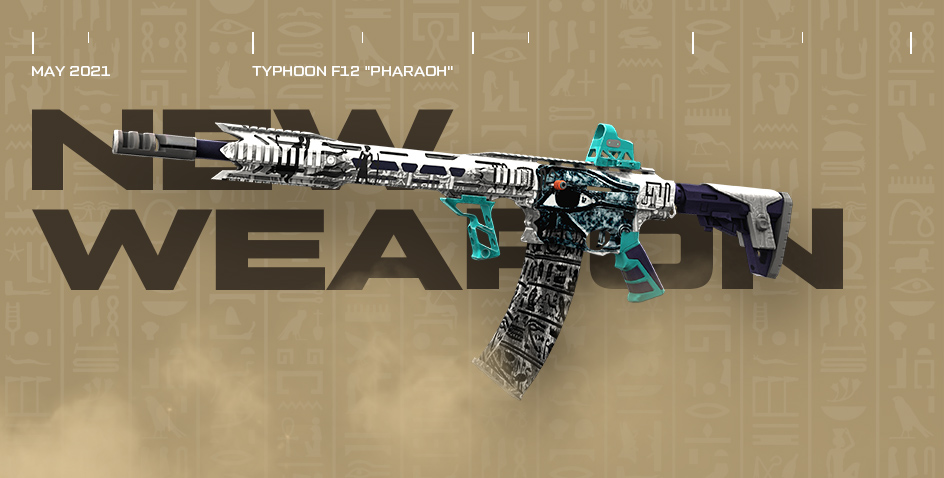 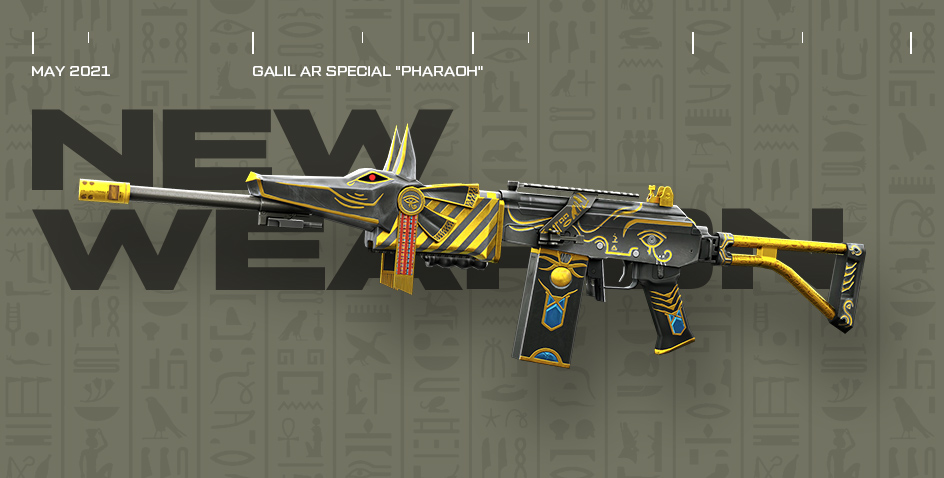 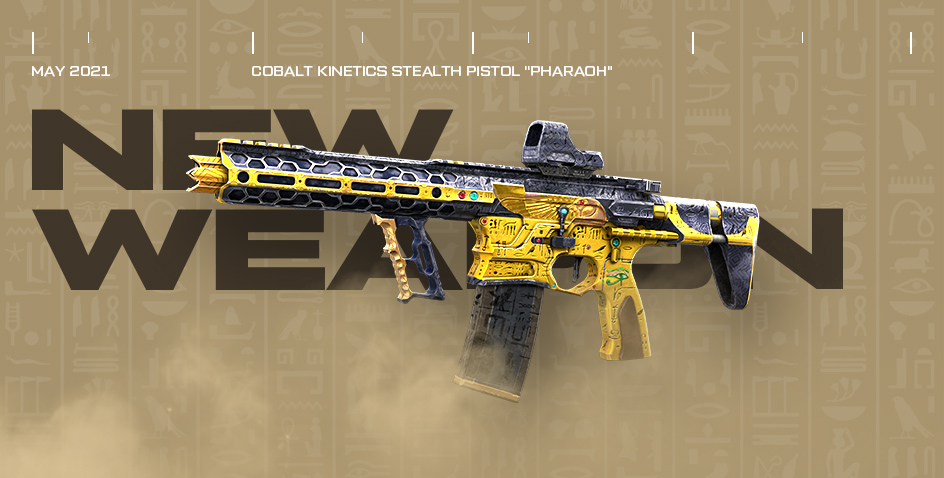 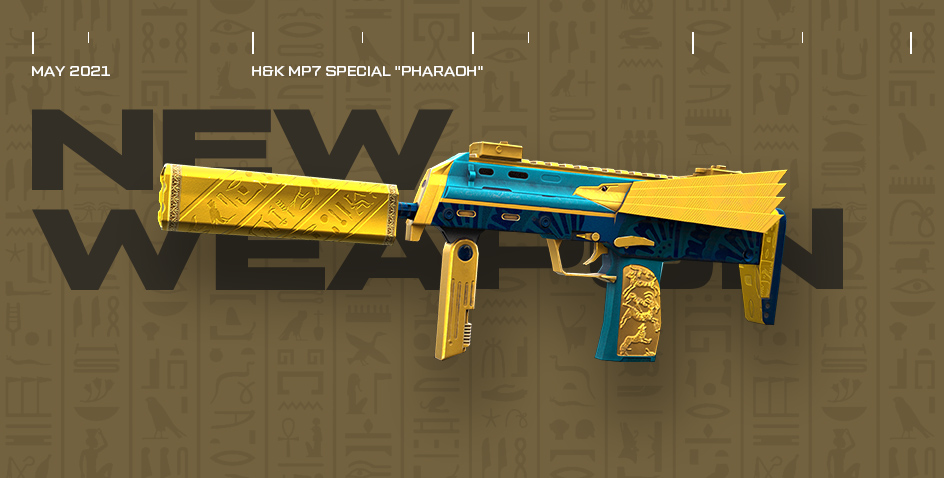 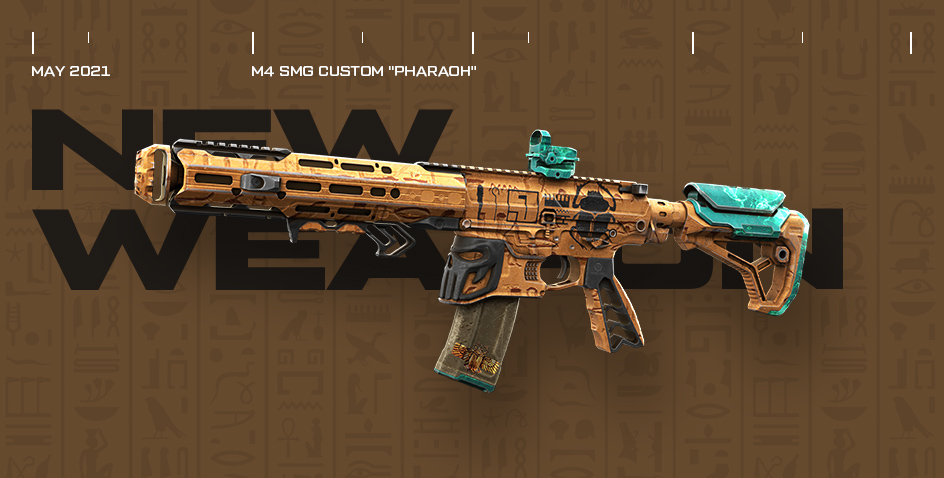 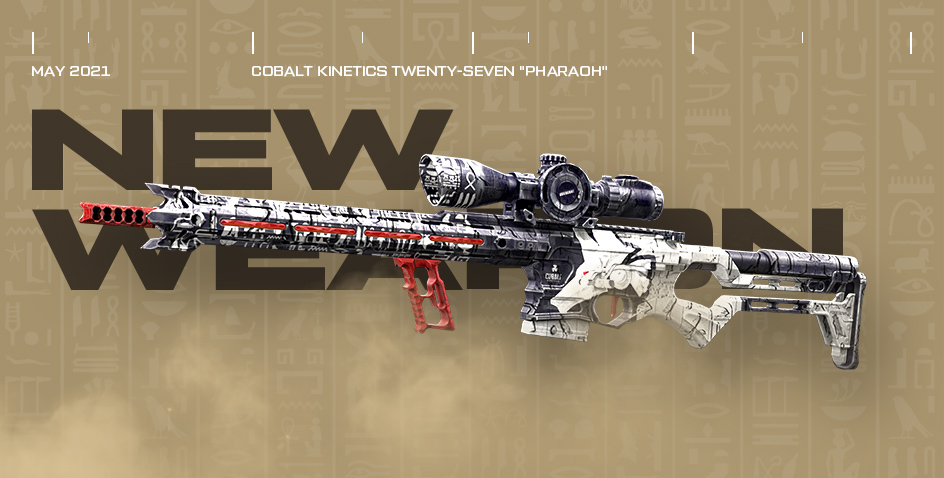 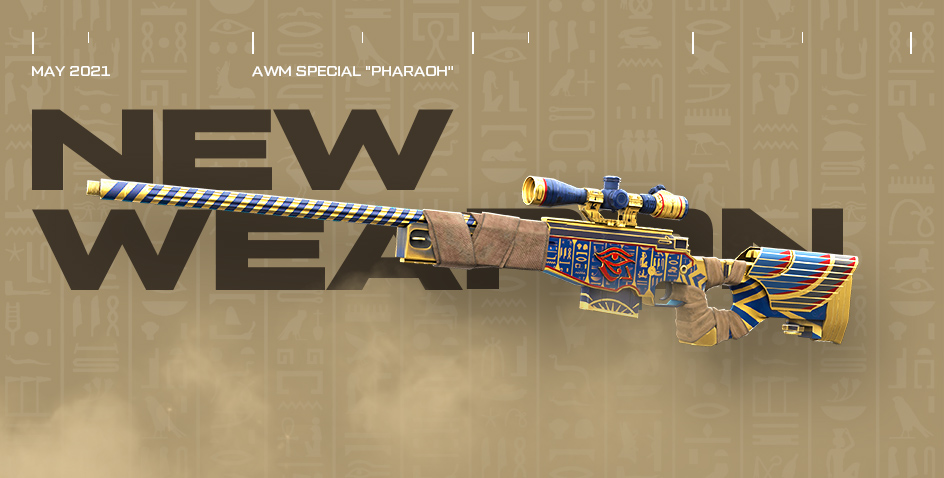 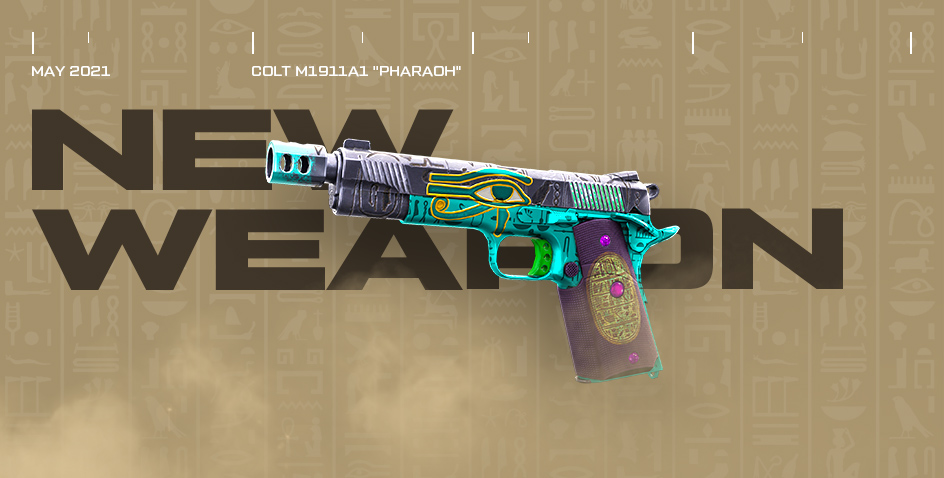 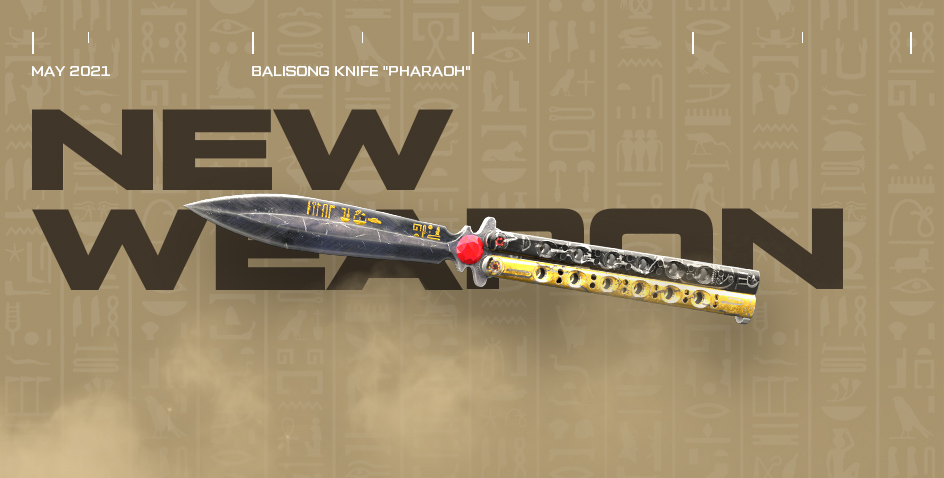 The weapons from the series - Cobalt Kinetics, Typhoon F12, M4 SMG Custom and Colt M1911A1 are available in the crafting system, we will soon tell you about how to get the rest of the arms of the "Pharaoh" series. Keep an eye out for the news! 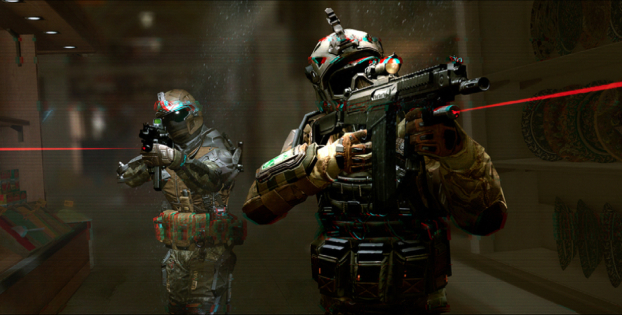 Warface FAQ #26
We are back with the answers to the most burning questions - check them out!
12 May 2021 blog 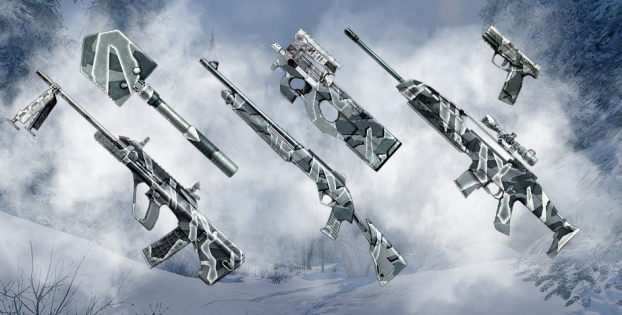 Winter Camo Shop Update
Should you fancy refreshing your weapon arsenal, look no further. The new shop update is featuring some weapons of the "Winter Camo" series. Icy cool and deadly guns await you. It's time to create an arsenal of your dream!
12 May 2021 article