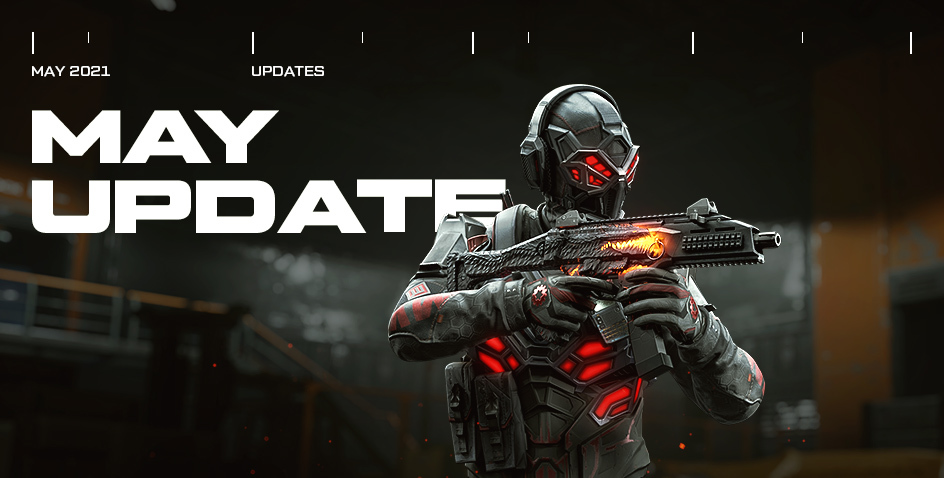 The second part of the May update has been installed on the Warface servers. We have prepared interesting content including cool weapon series: rock-styled, featuring references to Aztec culture and the cult monster character from Japanese movies; new weapon models: three types of melee weapons and a special version of the familiar shotgun. But that's not all! There are also themed weapon charms, achievements, and a brand new lobby background awaiting you. Intrigued? Read on and hurry up to update the game client, the new version of the game is already available in the Game Center!

We are glad to present you a new version of a familiar shotgun. First of all, it is compact: its appearance has been completely redesigned. The updated model also received improved specs: increased hip fire and aiming accuracy, rate of fire and range as well as higher damage multipliers to the limbs. 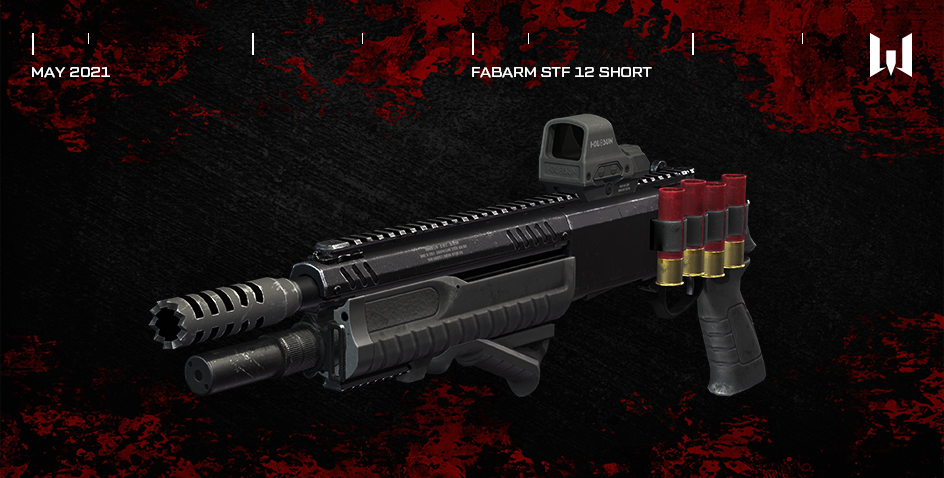 We will tell you about the ways of obtaining the gun in separate news.

Do you enjoy unique gun animations and skins with contrasting colors? Then you will definitely be interested in this novelty! The bodies of the "Infernal" models are framed with scales and the head of a giant python, reminiscent of the famous monster that breathes fire. This predator is as dangerous as an "Infernal" weapon in the hands of an experienced soldier. 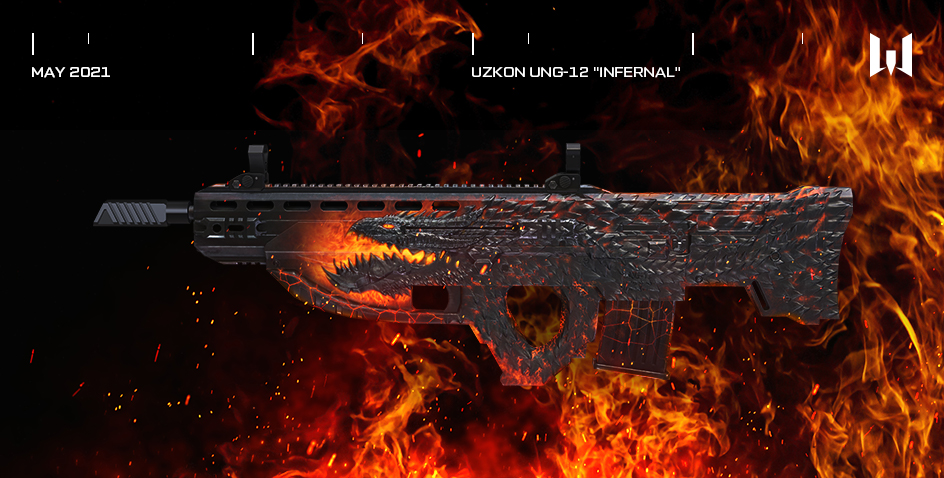 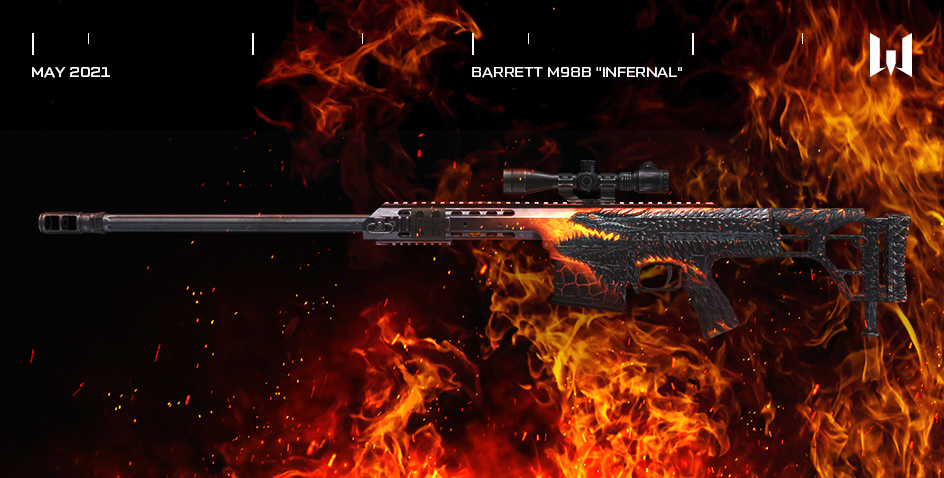 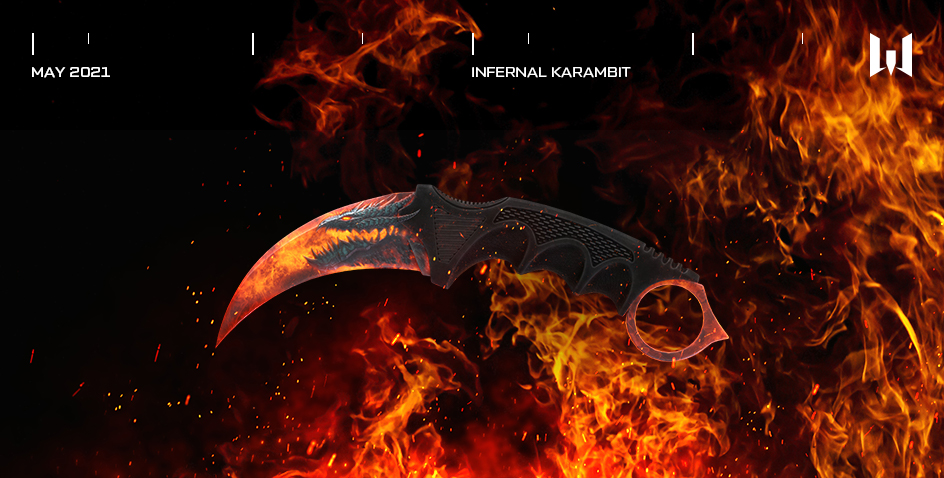 We will tell you about the ways of obtaining "Infernal" weapons in separate news.

We are glad to present you a new series of arms and skins for 6 models: IWI Carmel, Kalashnikov USA Komrad 12, Gilboa Snake DBR, DVL-10 M2, Kel-Tec SUB2000 and HX Outdoors Trident. This series was designed for Ranked Match participants who plan to achieve the best results in the summer season and get into the top leagues. The models will remind you of a sunny summer — their bodies are decorated with recognizable Aztec symbols and camouflage patterns. Weapons like these are great for battles in rough terrain. 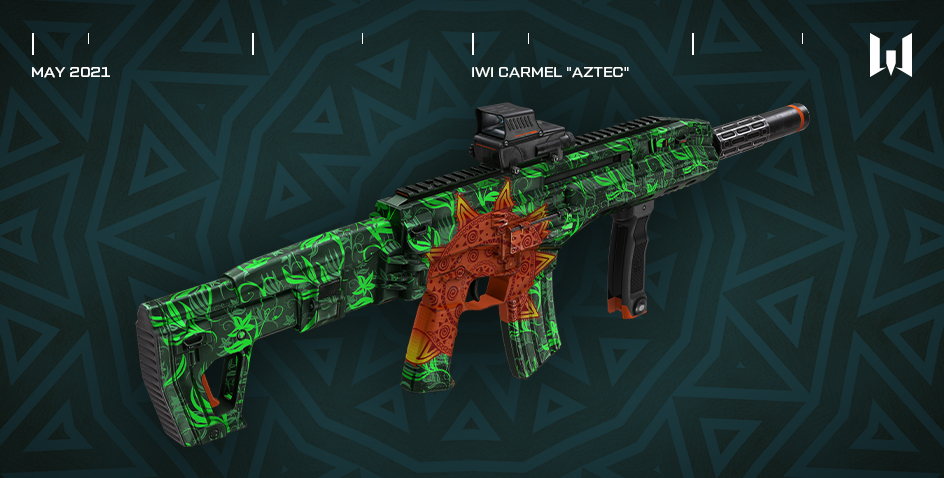 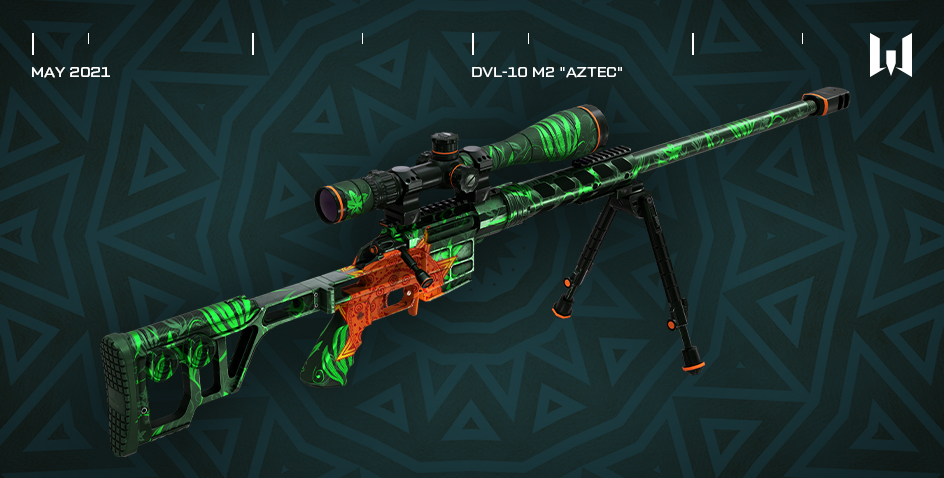 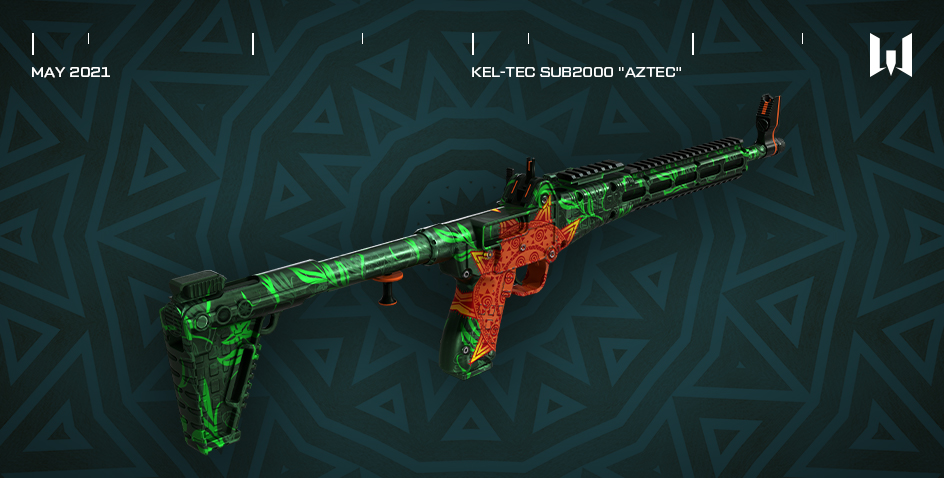 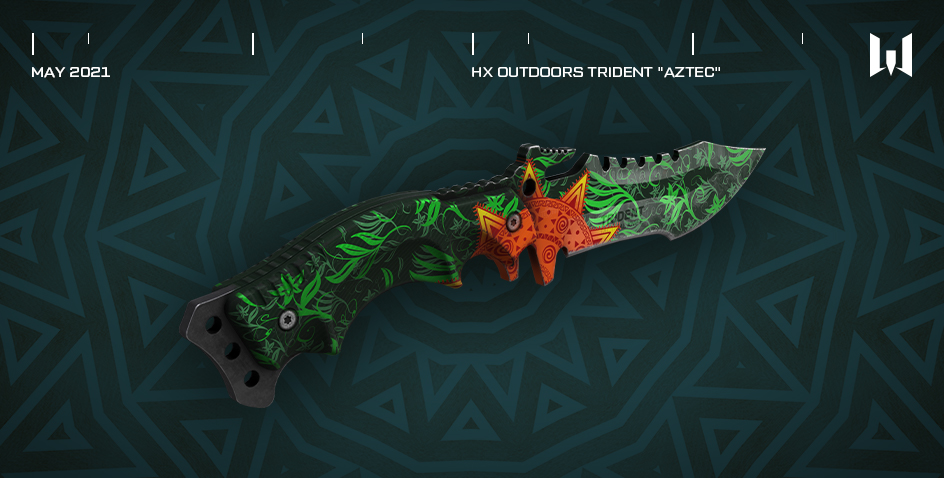 The "Aztec" camos will become a seasonal reward for fighters who will reach 4-1 leagues in future seasons of Ranked Matches.

Stylish looks, flames and rock vibes in each model - these are the most memorable features of the new series, which includes both guns and weapon camos. Just one look at these arms packing quite a punch prompts you to pick them up, start a battle, turn on a playlist of the best rock songs of the past decade and ruthlessly destroy thousands of opponents.

The series includes 11 models for every taste, as well as a new melee weapon - Switchblade. It is a stylish novelty that meets all the quality standards of edged weapons. The powerful knife attack (right click) will allow you to eliminate the enemy with one blow. 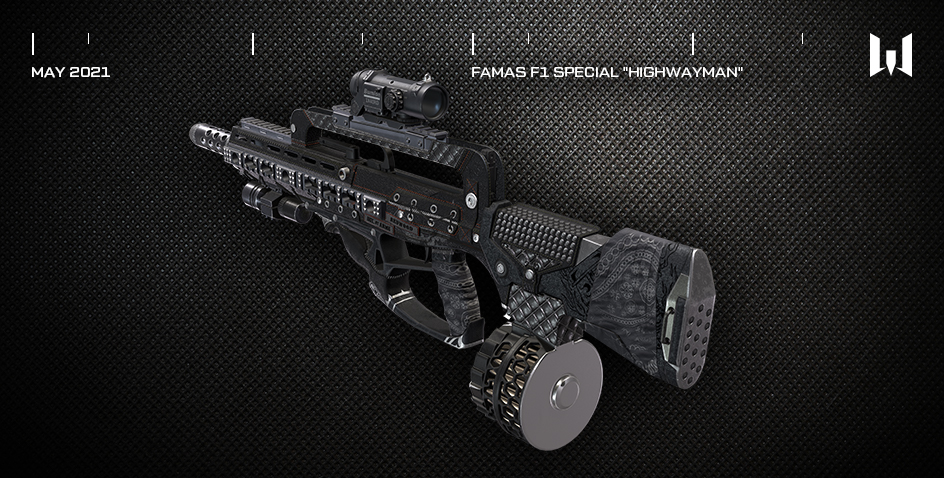 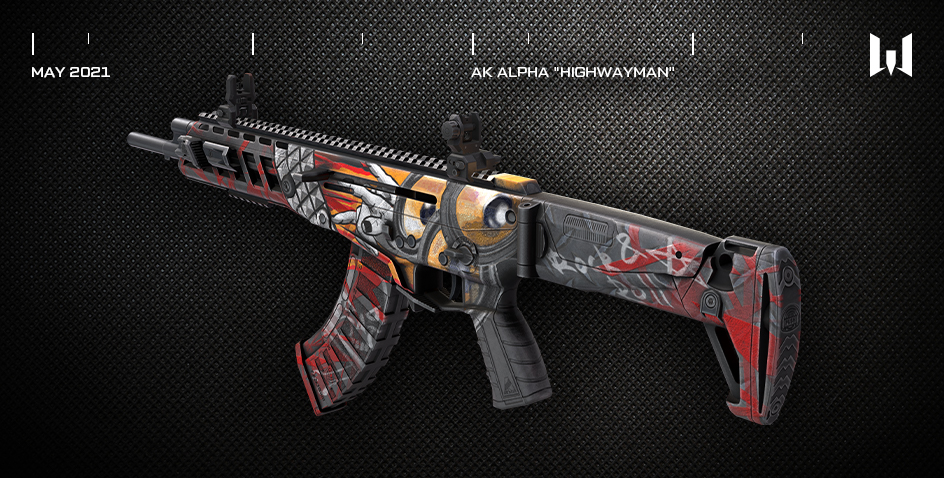 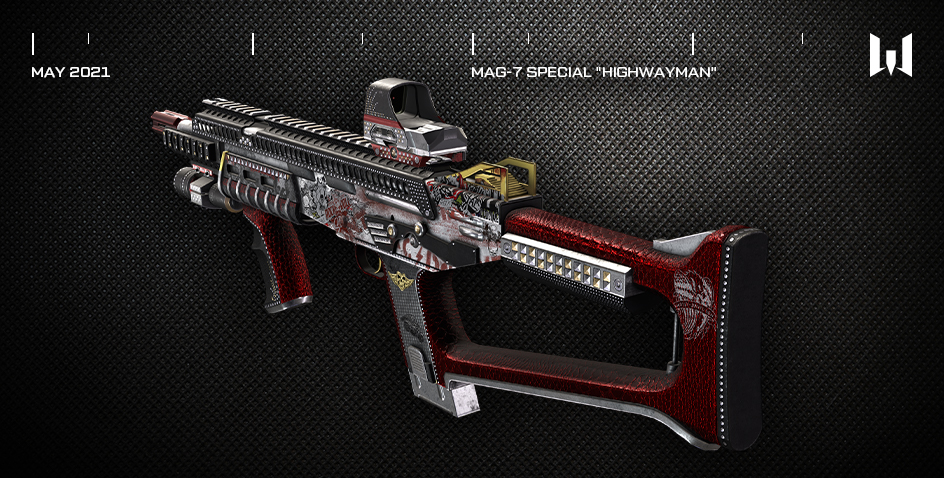 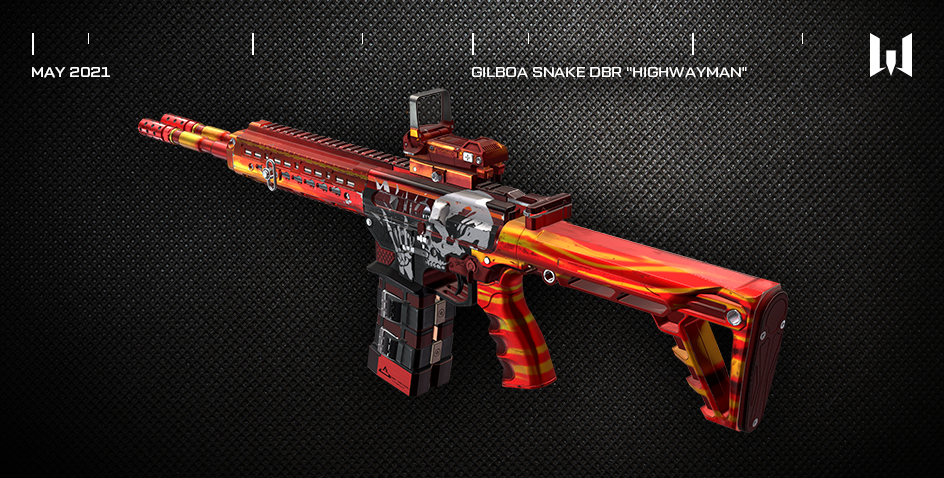 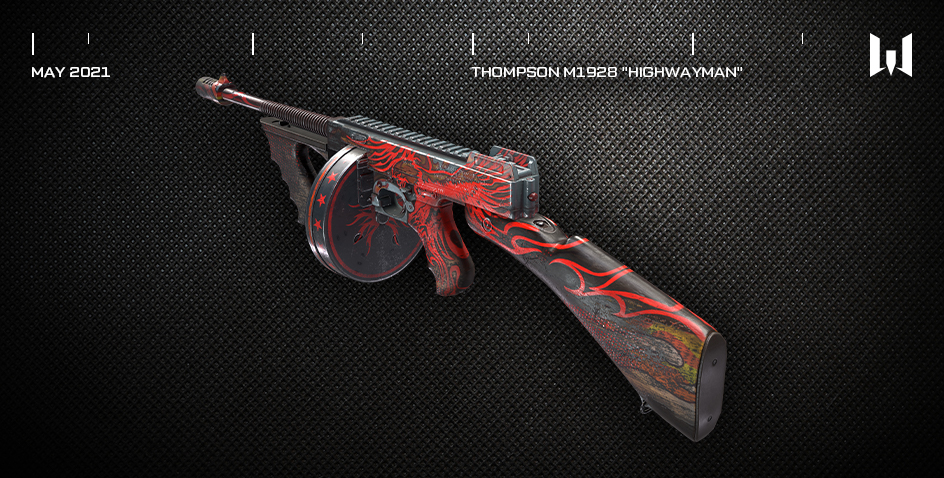 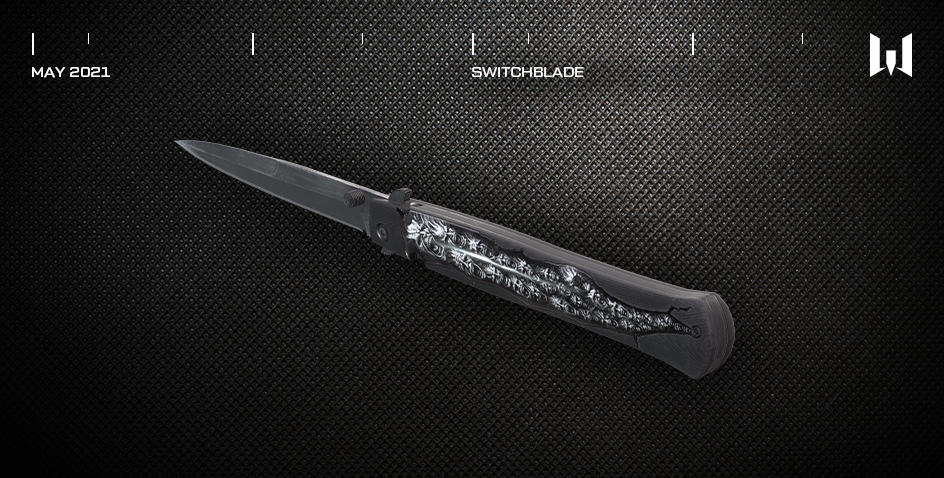 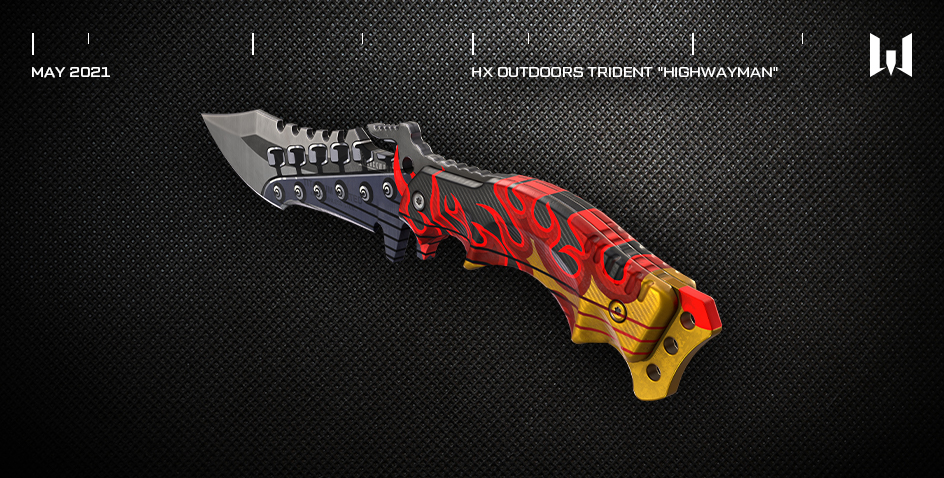 We will tell you about the ways of obtaining "Highwayman" weapons in separate news.

Would you like to take part in mafia intrigues and feel like a member of a powerful and dangerous organization? Arm yourselves with a new themed weapon series! The new arms feature elegant designs that will highlight the owner's status and superior combat skills. 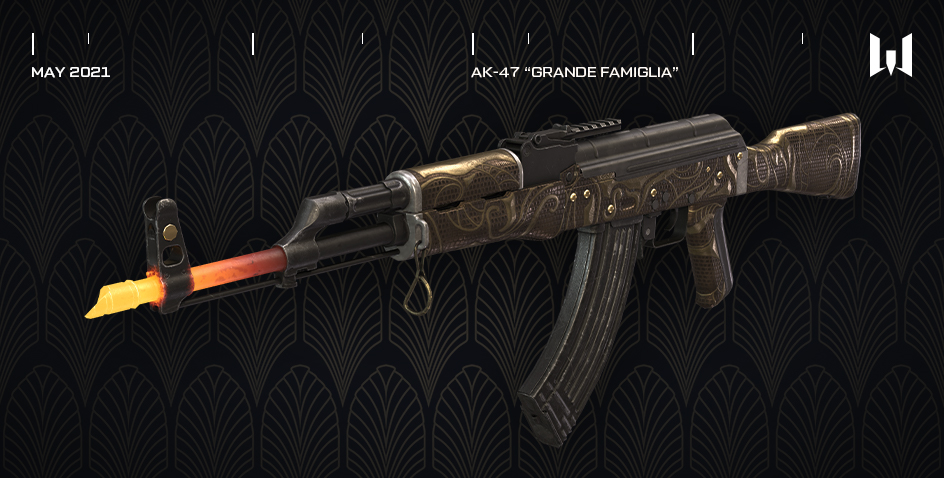 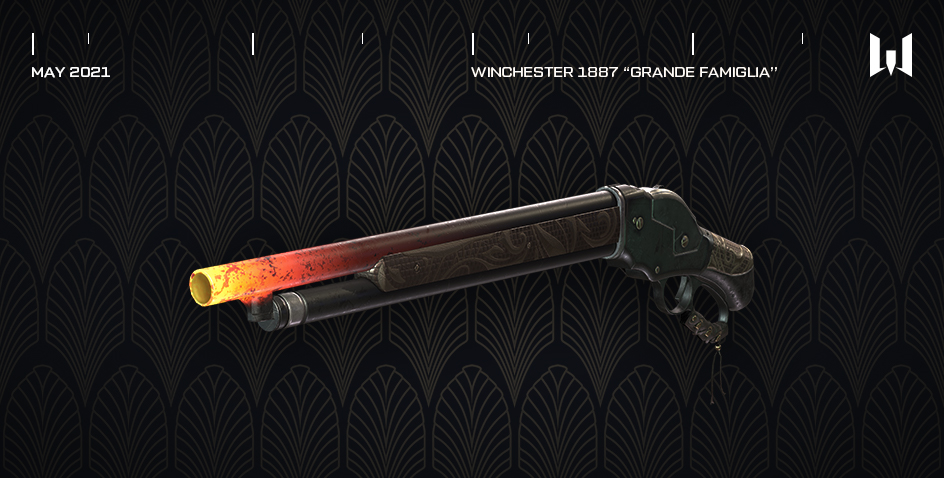 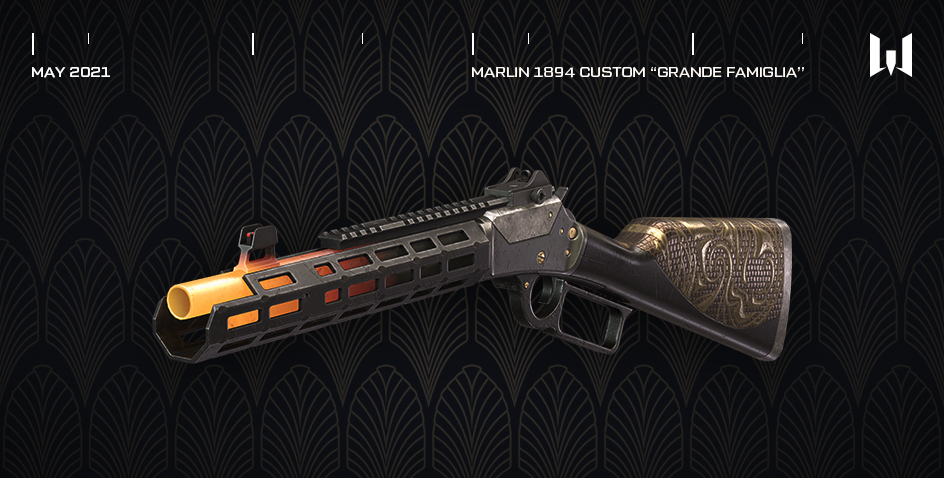 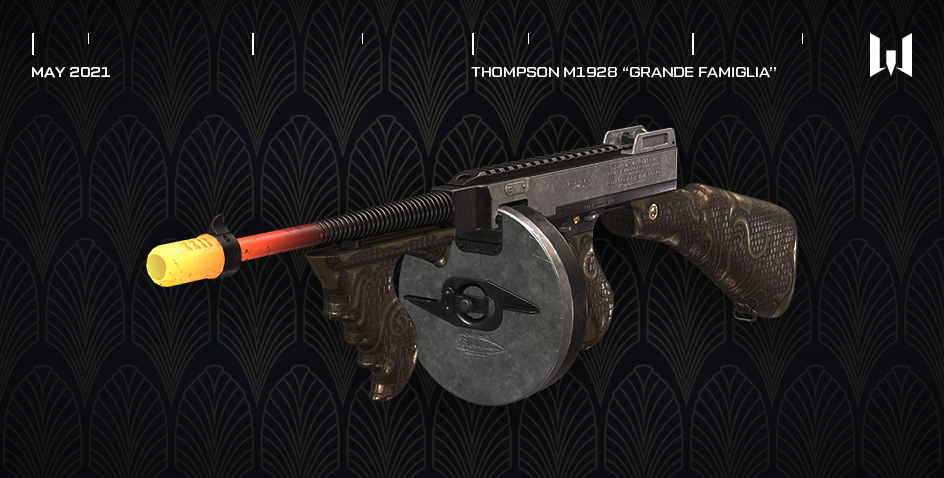 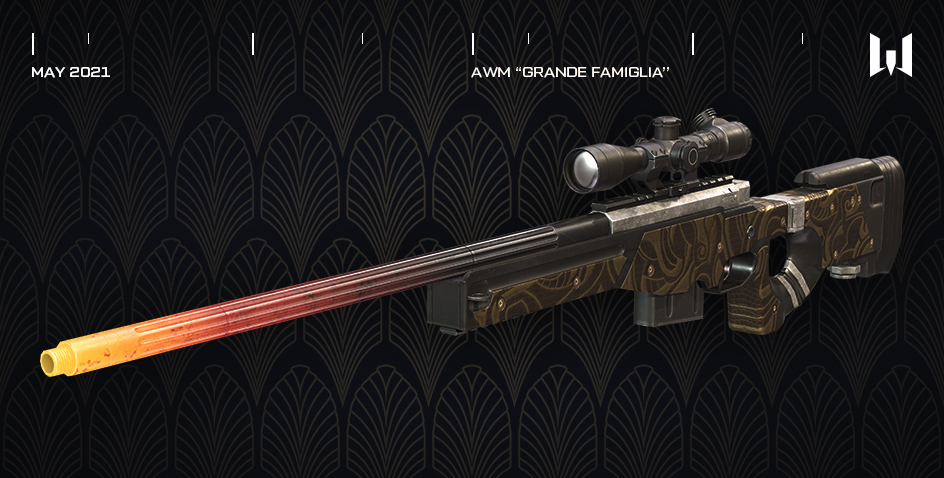 We will tell you about the ways of obtaining "Grande Famiglia" weapons in separate news.

Do you like ninjas and Japanese culture? Then don’t miss this novelty, it will help you boost your skill of silent eliminations! And, of course, be alert, because there may be another cold-blooded fighter with a pair of these knifes. Keep your eyes peeled and don’t forget to listen for footsteps! 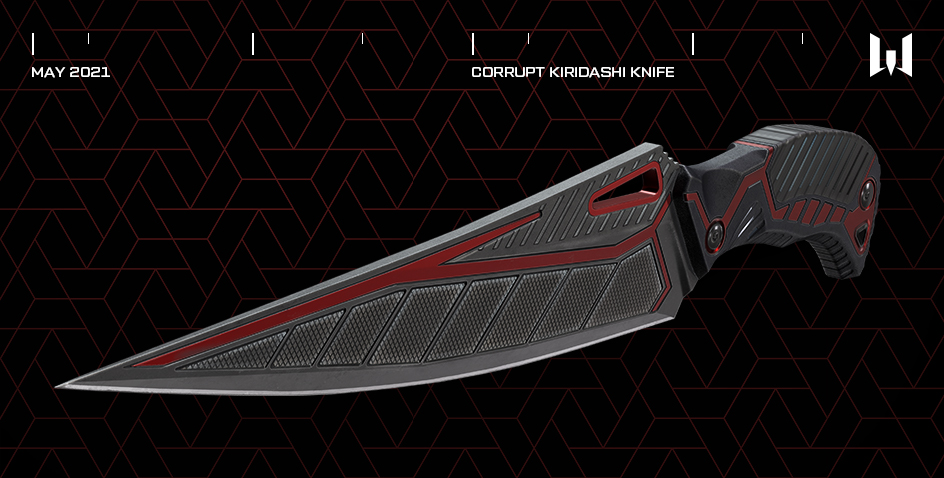 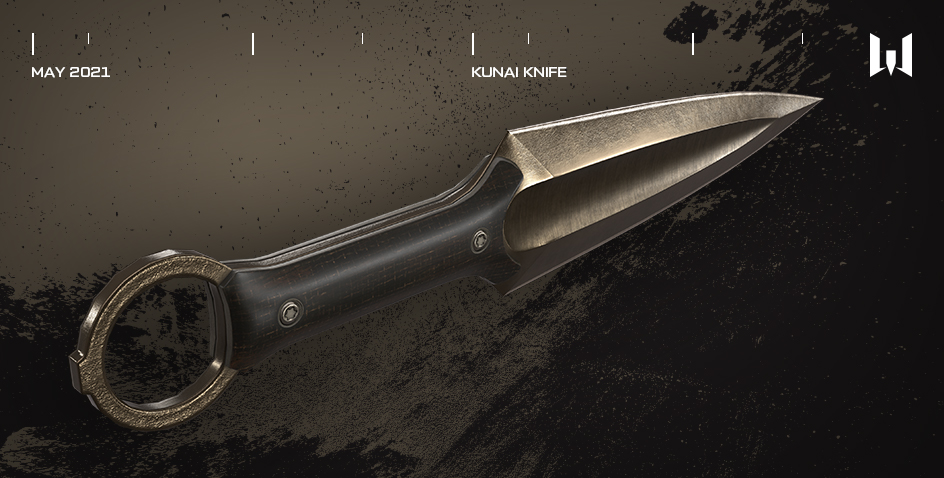 We will tell you about the ways of obtaining the arms in separate news.

To mark the upcoming celebration, we have added three new elements: a festive background in the lobby, as well as a special weapon charm and achievement. Get ready to for the party, you are in for many more pleasant surprises! 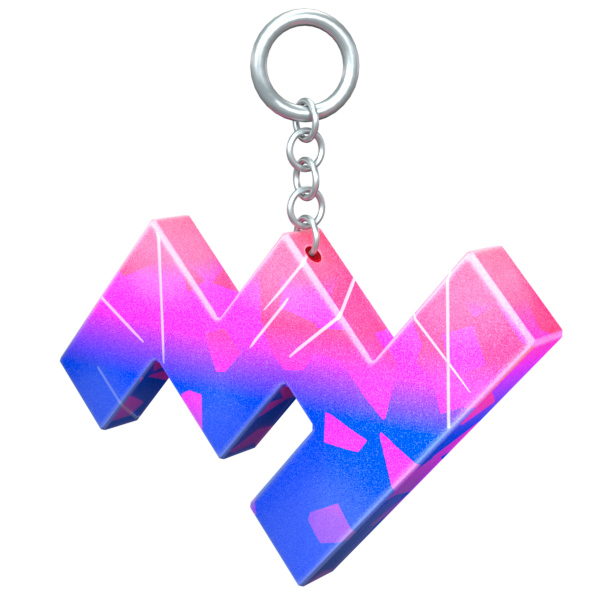 The available weapon charm assortment has been replenished with four more items. They are all rock-styled. Each charm features a recognizable symbol of the popular music style. Decorate your favourite gun with a new article and rock the battlefield! 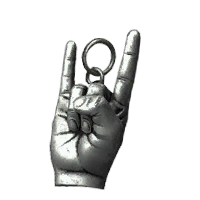 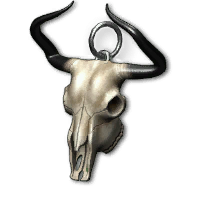 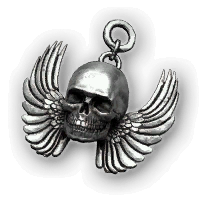 Why are there so few bug fixes?

The process of transferring the development to Allods Team continues, and so does the improvement in interaction between our teams. We know how pleased you are when we dedicate a lot of time to fixing various in-game errors. This year we will pay extra attention to this area. The developers are already working on updating the list of known bugs to make it up-to-date and change priorities to improve the quality of the game. Please note: in the current update we're still in the process of actualization, so right now the developers are focused on the new content. 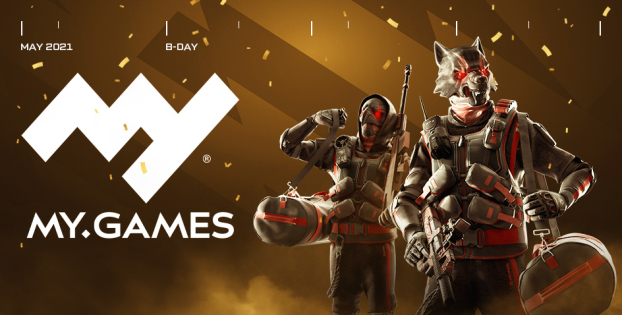 MY.GAMES Anniversary
The celebration of the anniversary of MY.GAMES has already started. We have prepared special festive gifts, lots of activities and competitions for you. Join in and have fun!
27 May 2021 article

Warface FAQ #27
We are back with the answers to the most burning questions - check them out!
27 May 2021 blog