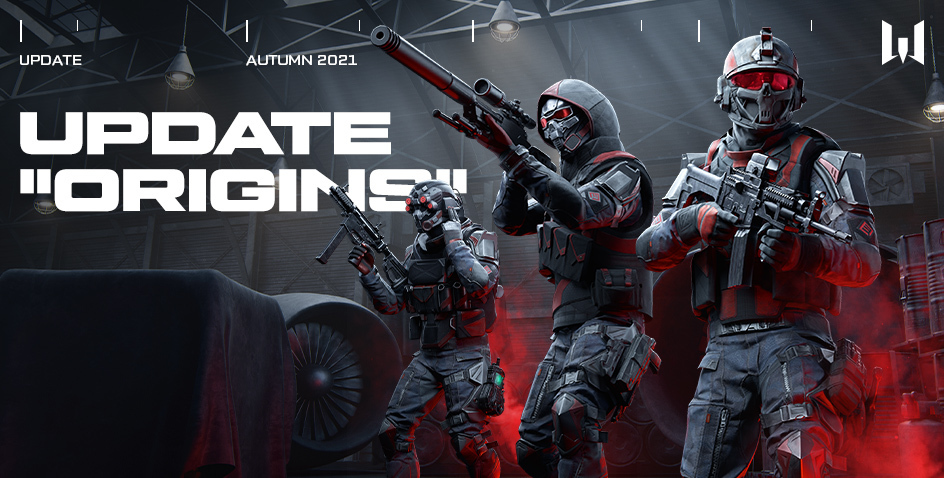 The patch for the "Origins" seasonal update has been installed on the Warface server. The latest game version features improved specs of the guns from the seasonal Battle Pass shop, a new secondary weapon the Makarov Pistol that can be upgraded with modifications as well as a special contract to get it and a pack of bug fixes.

We are glad to present to you the first weapon model designed specifically for the modificaitions system. The basic version of this secondary weapon offers good specs and has no significant advantages or disadvantages.

There are three mods which can be installed on the pistol and which can raise the basic performance characteristics of the weapon to competitive values in comparison with the best in-game models of secondary arms. So, it will be up to you to determine what specs are most important to upgrade.

The Makarov Pistol is also available in the golden version, which boasts sleek looks, features a more spacious magazine, takes more ammo, and yields a unique achievement for eliminating opponents.

You can get the "Banshee" version of the pistol in a special contract - it is already available in the game. We'll tell you more about the ways of getting the regular and the golden versions in the future. Please bear in mind that the current weapon specs are not final. We plan to tweak them in one of the next patches.

The AKS-74U is a new weapon for the Engineer. This is a shortened version of the AKS-74 assault rifle manufactured by the Kalashnikov concern. The key in-game advantages of the new gun are high basic and minimum damage indicators. The arm favourably compares to its counterparts in terms of increased effective range and head damage multiplier, which allows its owner to kill opponents with a headshot at medium range. These perks are offset by a moderate rate of fire (700 points) and reduced ammunition. In addition, the weapon supports the installation of mods. With their help, you can improve the basic version of the model to adapt it to your gameplay style. 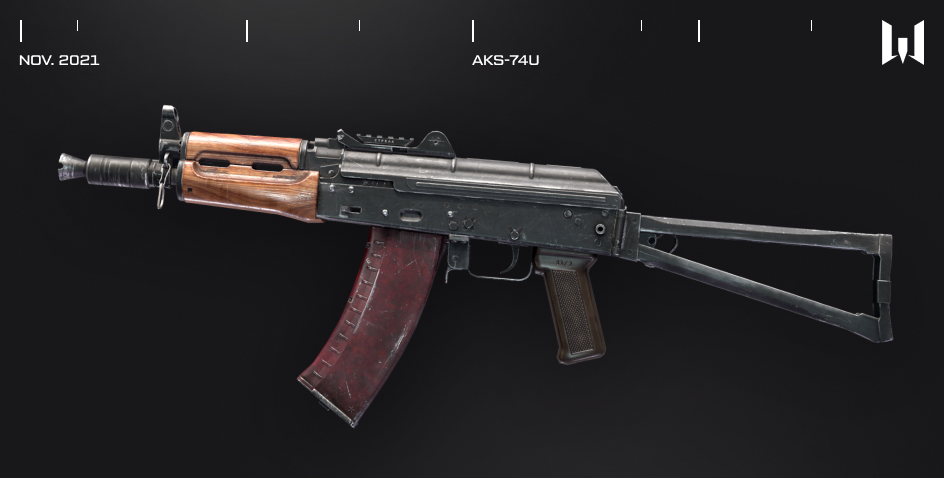 Please note: the current weapon specs are not final. We plan to tweak them in one of the next patches. So, the weapon will not be available prior to these changes.

The new bolt-action sniper rifle sports excellent damage indicators and a high aiming speed. The weapon comes equipped with three unique attachments: a silencer, a bipod and a sight.

The load-one-round-and-resume-fire system makes the Mauser Kar98k absolutely lethal. Moreover, the rifle can be upgraded via mods to adapt the weapon to your individual gameplay style. For example, one of the unique upgrades will increase the strafe speed, and the other - the speed of weapon change. 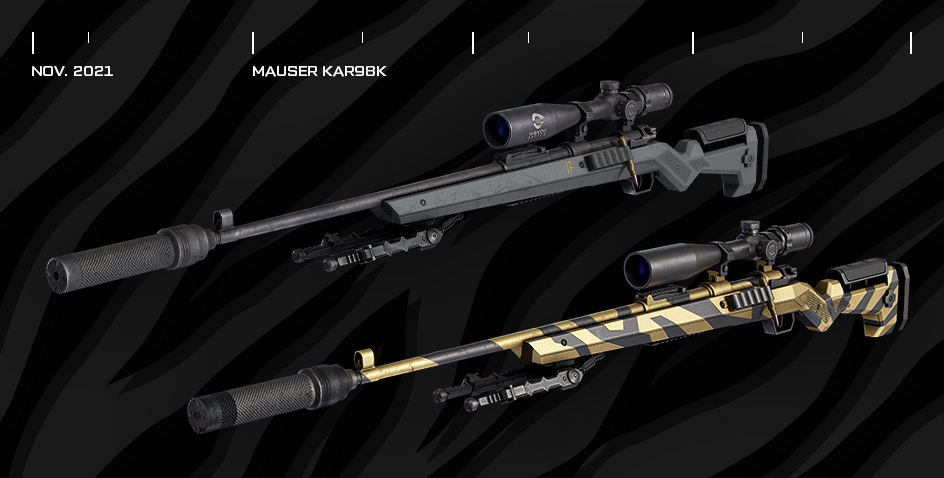 Please note: the current weapon specs are not final. We plan to tweak them in one of the next patches. So, the weapon will not be available prior to these changes.

The legendary Ultramarine Knife has got a new camouflage. This is not a melee arm to gather dust and rust in your inventories. Equip your fighter with the cool skinned version and feel nostalgia for exciting moments in battles! With such a camo, you will not only remember the "good old times", but will definitely get more memorable moments in combat.

The series also includes a styled charm, which you can use to decorate your weapon.

We will tell you more about the ways of getting the weapon and the charm later.

The weapons available in the "Apostate" Battle Pass seasonal shop have been boosted. Read on to learn details.

Crowns for Purchases
Enjoy our great offer: just buy items for Kredits in the game shop and receive cashback in Crowns!
10 Nov 2021 offers