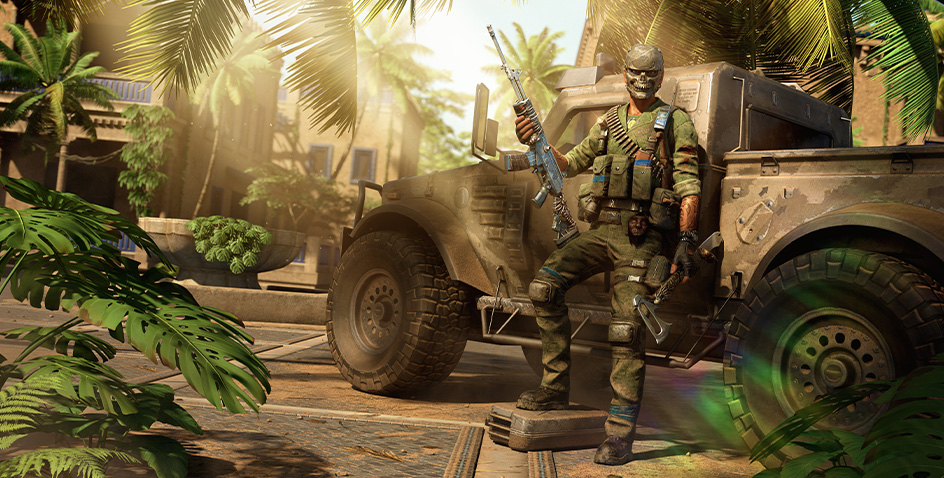 A new agent is now available in the game! Welcome a newcomer in the Riflemen ranks, Javier Ortego, aka Agent "Baudo"! Javier is a former rebel fighter and an excellent mercenary.

The Agent is part of the seasonal update "Rock Solid". You can find more information about it in the dedicated article.

Javier grew up in a good Colombian family: his father was a dentist, his mother owned a business. The boy lived quite well, and after his older brother Esteban died in a car accident, his parents began to treat him like he was made of glass. Despite having good savings, they went into debt anyway, just to get their son into an expensive university. What a surprise it was when during his second year in university, Javier simply disappeared! However, for Javier, this was quite a logical step: his parents were never interested in his own opinions and desires. The young man dreamed of freeing himself from his overprotective parents. In addition, he secretly befriended ordinary working-class children and generally despised the middle-class life.

Javier hasn't been seen or heard from in years. He then found himself in Bolivia, where he led a small rebel group to attack the camp of a logging corporation. Then there were many more attacks like that all over South America. Javier’s squad grew into an independent army that played an important role in overthrowing several dictatorial regimes. Seven years after his escape, Colonel Ortega returned to his native Colombia. He visited his parents in the hope that they would understand him, but the family reunion was far from ideal. It was only after long and strenuous conversations that Javier was able to get his parent's forgiveness and their blessing. Then he finally decided to fulfill his long-held dream: to cleanse his native country of drug traffickers.

The resistance proved to be much stronger than Javier had hoped, and this time his armies faced real pressure. The country plunged into civil war, Ortega lost people and support, even his parents turned against him again. After a year and a half of intense fighting, Javier’s army was defeated, but he miraculously survived. Javier left Latin America and became a mercenary. Even in his new occupation, he didn't stray from his ideals: he takes on contracts that involve overthrowing other dictators, fighting criminal cartels or corporate mayhem.

Learn more about the Agent from the trailer:

Cool guns from the "Anaconda" series have appeared in the game: IWI Galil ACE 23, Kel-Tec SUB2000, and the Gerber Tomahawk. The novelties will be available in the game shop. 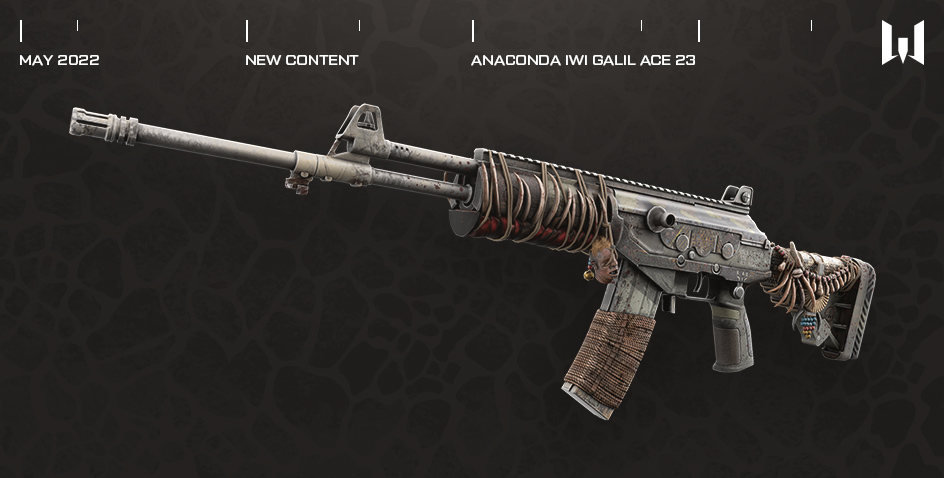 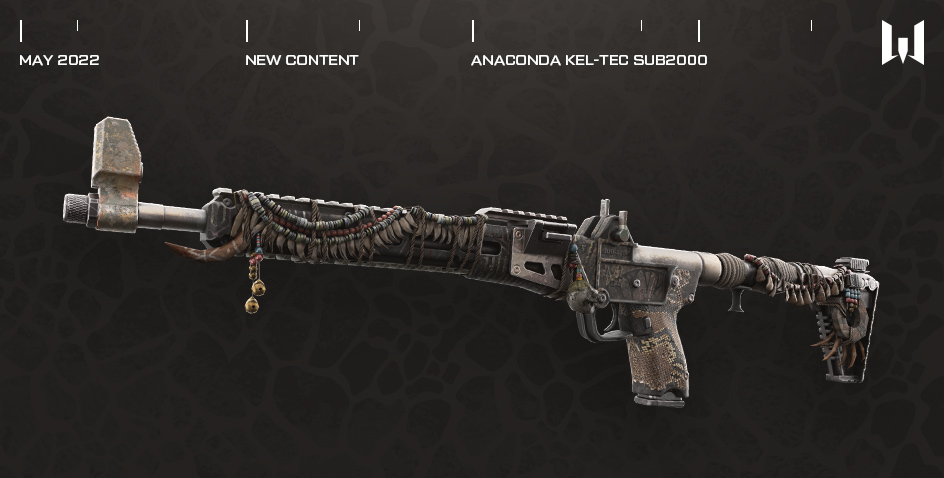 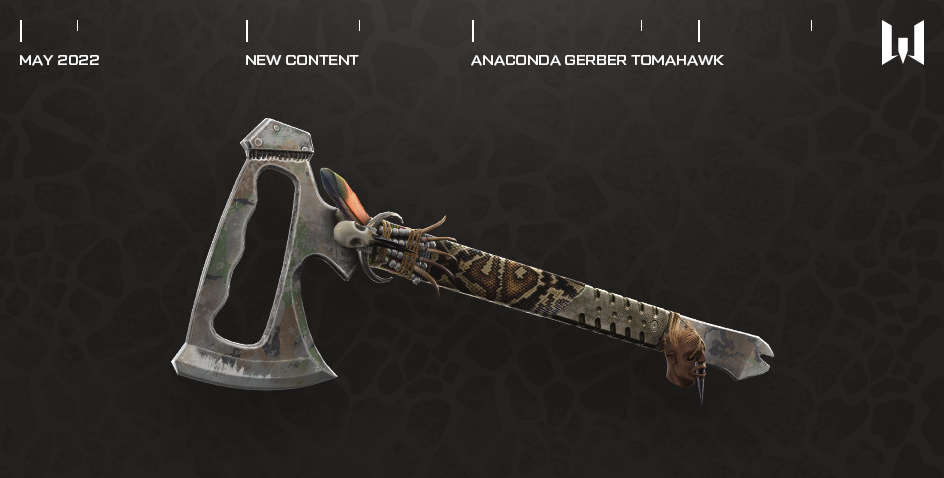 The charm lovers will not be left behind! You can find a novelty in the Agent set and decorate your weapons with this thematic accessory!

The set also includes achievements for eliminating foes with the new weapon models as well as unique Agent themed distinctions. Win enemies with the "Anaconda" guns, earn achievements, and decorate your profile with them!

The game now offers new Agent related contracts. For completing them, you can get weapons of the "Anaconda" series, a box with the Agent Baudo Rifleman Suit, unique agent themed achievements, and other useful items. 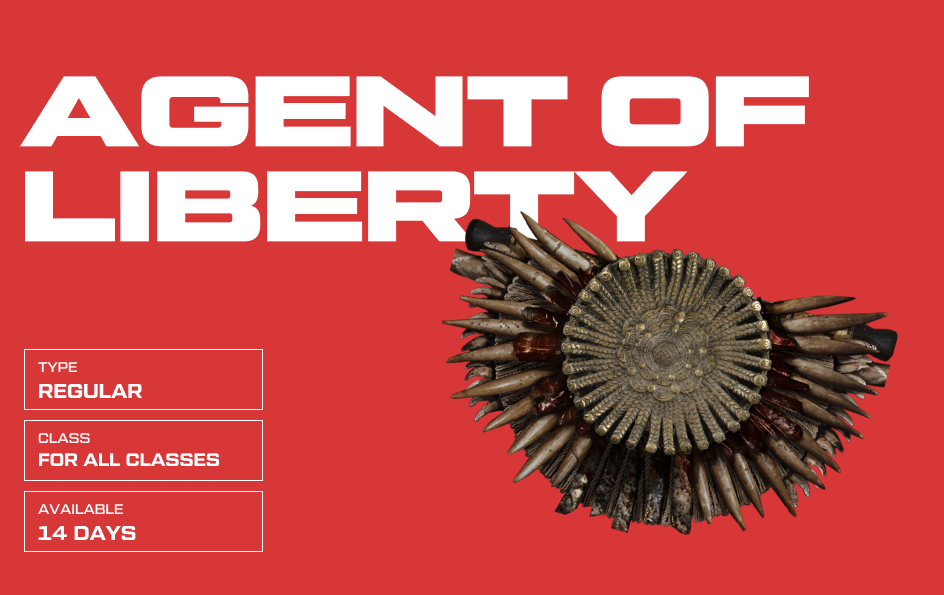 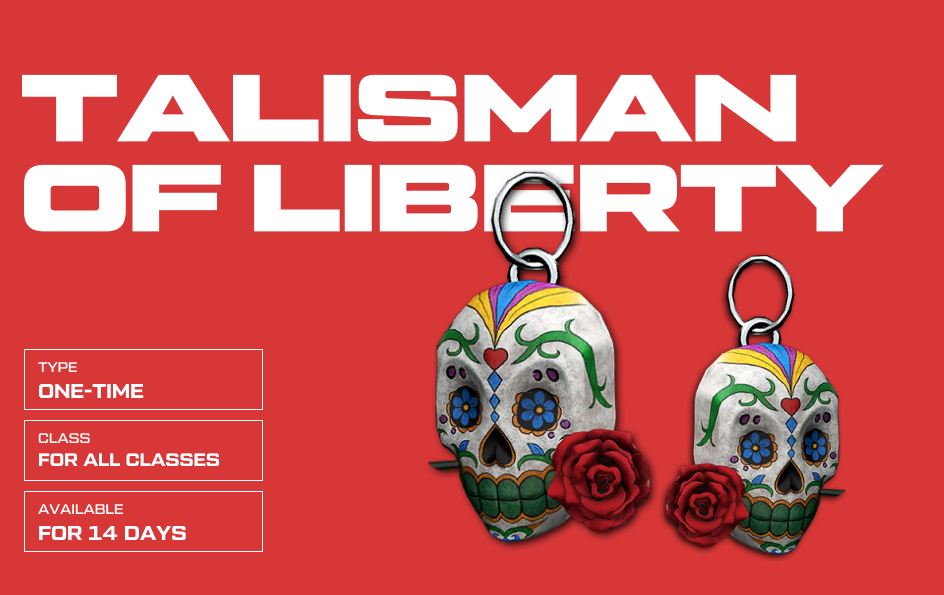 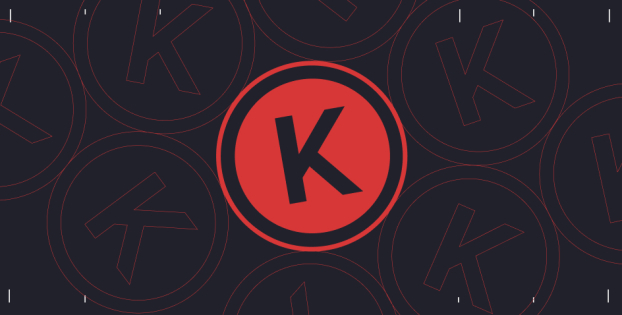 One million Kredits up for grabs
With our new offer, you can get a 30% bonus while purchasing Kredits! Read on to learn the details.
26 May 2022 offers 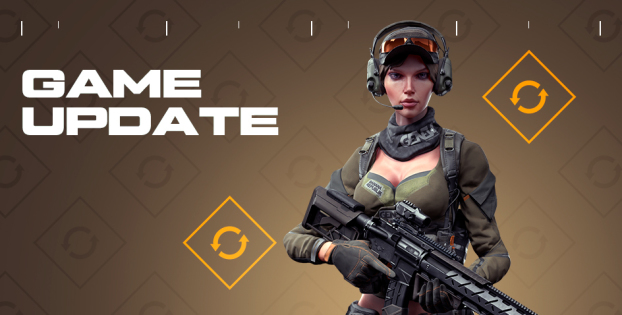