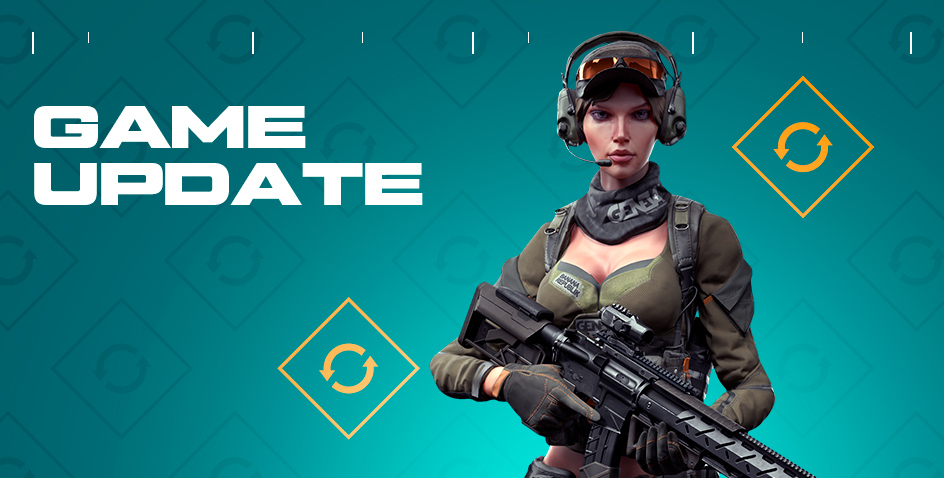 A fresh update has been installed on the game servers. It includes a PvP map rotation in Quick Play, improvements to the matchmaking in Ranked Matches, the return of boost spots to the Modern maps as well as the new submachine gun KH9-EX. Read on to learn the details!

We are glad to present to you a new weapon for Engineers. The gun is equipped with unique attachments that cannot be replaced with standard modifications. Its silencer does not reduce damage, while the grip reduces recoil. One of the unique sights (2x) indicates the distance to the target. In terms of the specifications, the model is close to the SAR 109T Specs: it has increased damage, improved rate of fire, excellent accuracy and impressive range of fire, offset by the minimum damage values, moderate head and limbs damage multipliers and most importantly — recoil which is more difficult to control. 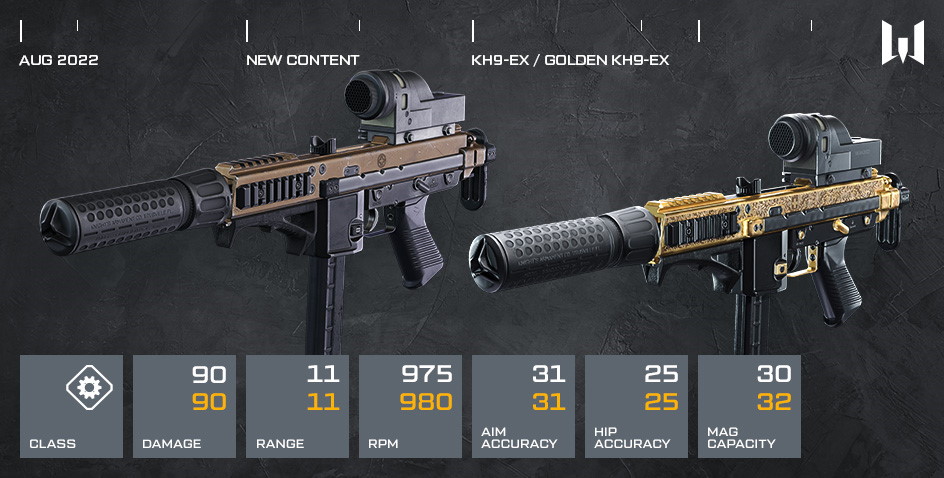 The KH9-EX is available in two versions — the regular and golden ones. The golden version is distinguished by increased rate of fire and greater magazine capacity.

We will tell you more about the ways of getting them later.

The weapon series has been replenished with two new items — the IMBEL IA2 Assault and the Benelli MR1, as well as camos for them. 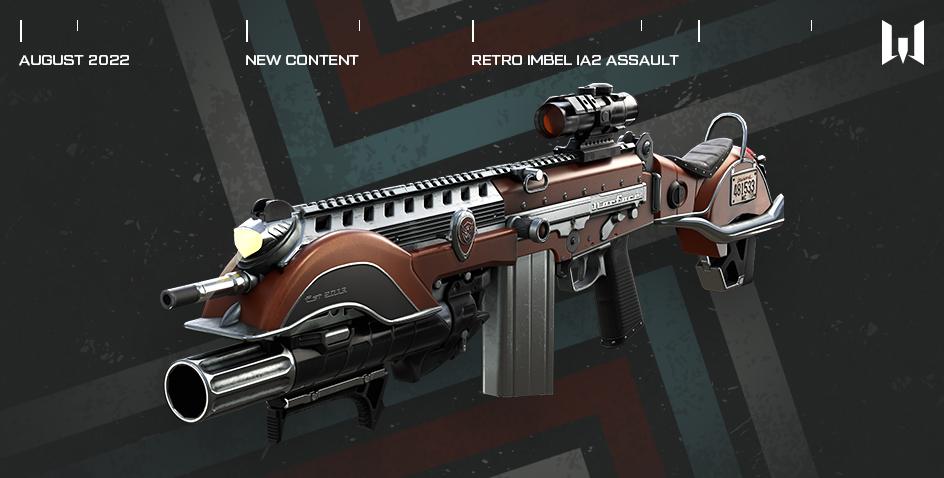 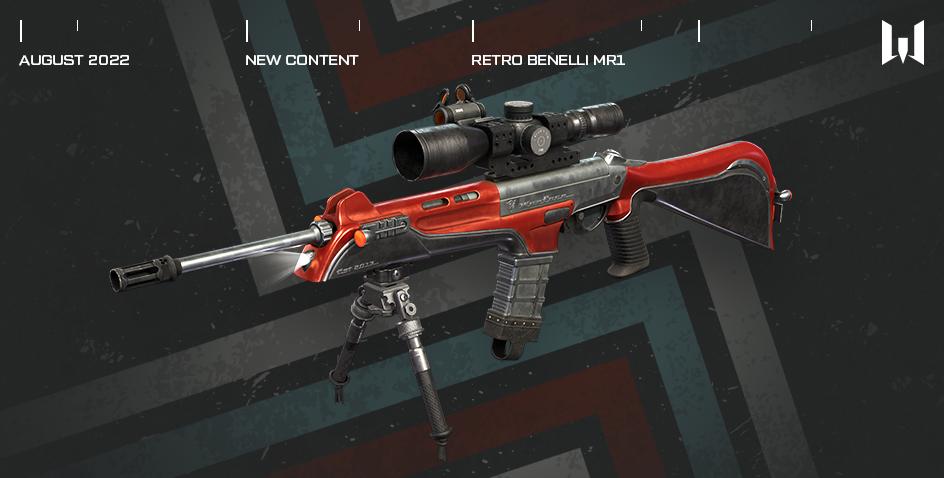 We will tell you more about the ways of getting them later.

Added the possibility to view the list of players who participated with you in the previous matches. This will make it easy to find other users: view their profiles and statistics, add them to the friend list, invite them to a clan and play together.

Return of Boosts to the Modern Maps

Some spots of co-op actions (boosts) have been returned to the Modern maps, while some existing spots have been reworked — now, these interactions are similar to those you encounter on the regular versions of the maps.

These changes affected Quick Play and Custom Rooms. The versions of the maps without boosts are now available only as a part of the seasonal "Knockout Trials" event.

In one of the previous publications, we talked about changing the list of available maps and modes. Some of them will be available on a temporary basis and rotate every two weeks, while other maps or modes will become seasonal, appearing in the game as part of special events.

The Vepr VPO-X3 is a new weapon for Medics. If you like weapons firing short bursts, this new one is for you! The Vepr VPO-X3 is a semi-automatic shotgun capable of firing 3-round bursts with a minimal delay. At close ranges, this shotgun is guaranteed to eliminate the enemy by hitting any part of the body, regardless of the equipment worn. This advantage is offset by a short firing range and the lack of possibility to reload one round at a time. Attachments include a unique scope and a special suppressor, as well as a standard set of barrel modifications. 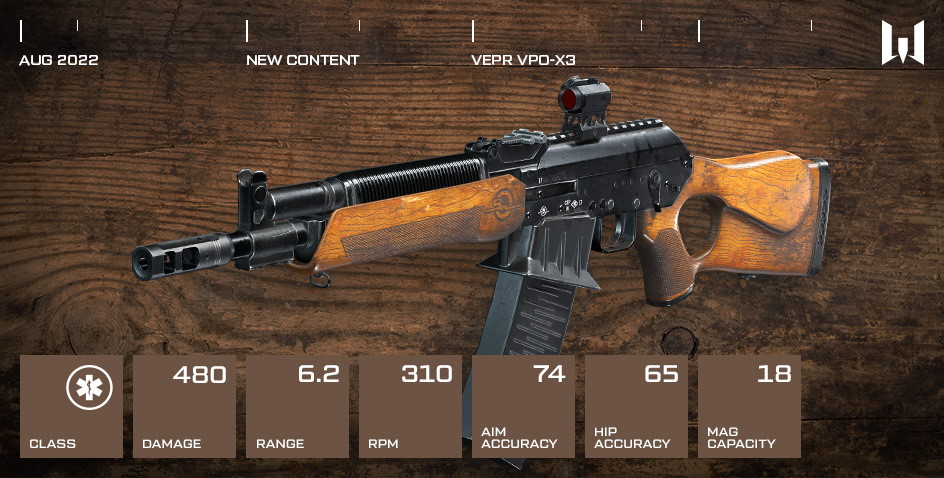 We will tell you more about the ways of getting the weapon in separate publications.

The agent's pack includes "Avalanche" weapons and camos, a Medic suit, a special weapon charm and achievements designed in the agent's style. You can get the items by completing new contracts. 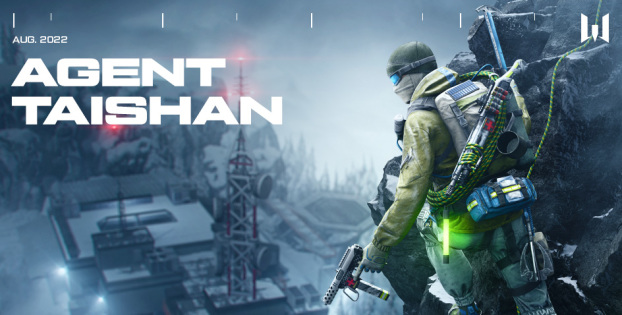 Agent "Taishan" already in Warface!
A new agent has joined the ranks of Medics as part of the "First Division" season. Hurry up to check out his history!
29 Aug 2022 offers 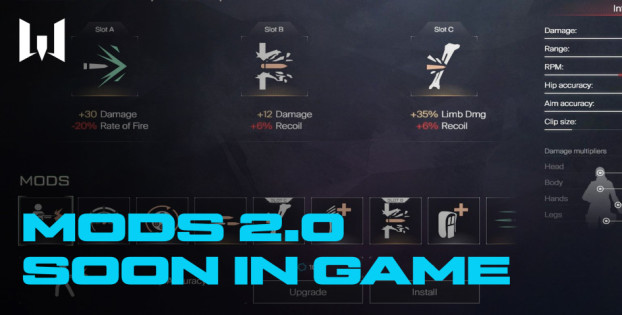 Warblog - August 29th
A new issue of Warblog is here. Check out the recap of the most important game news of the week.
29 Aug 2022 blog