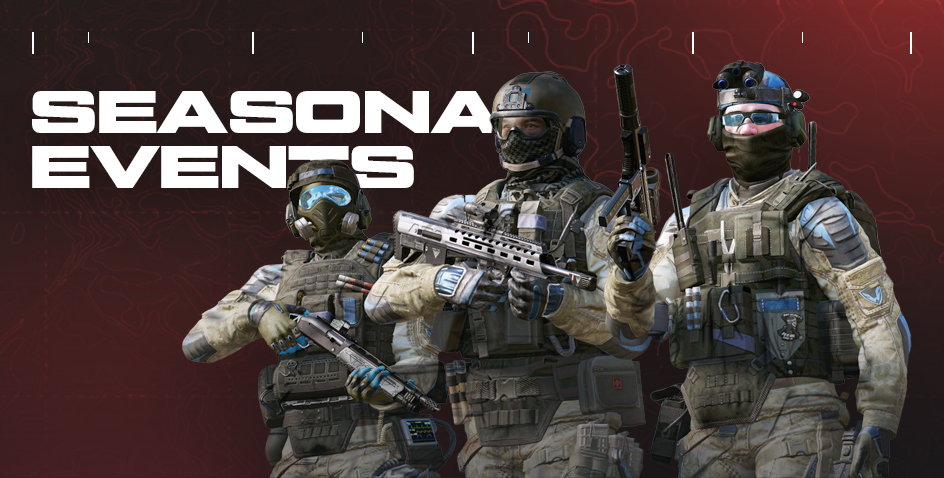 In the "New Power" season, several seasonal events that you are already familiar with will take place. We will go into detail about the events waiting for you in the upcoming months and, most importantly, the rewards you can get for participating in them. Pick a section you are most interested in and read on.

The Battle Pass "New Power" will be active until December 07, 2022. Please, calculate your strength to get as much done as possible before this date, it is unlikely that the season will be prolonged.

Just as in the previous launch, you have two access options — free and premium. In the first case, you will receive some fixed rewards (marked as "Free") and your progression will not be that fast. In the latter case, the limits will be lifted and the progression will become faster. The higher the access level, the faster your Battle Pass progression.

If you have any questions about the Battle Pass, feel free to check out the FAQ.

From the gameplay standpoint, the Battle Pass remained the same as in the previous season. There are 50 standard levels and 25 additional levels in the BP progression (the additional levels are only available with a premium BP access). In prestige levels, you will get more coins, which means more arms to replenish your arsenal.

How can I get BP XP? Easy: play any mode and complete a daily contract. The amount of XP depends on the mode (PvP, Ranked, or PvE and SOs) and its subtype.

To sum it up: the amount of XP you get for PvE and SOs is fixed and depends on the type of the mission as well as the time spent completing it. In PvP, apart from the time spent in game and the mode type, your place on the leaderboard and the amount of kills you made will also influence your XP gain. All technical details you can find in the FAQ.

Just as before, there are several types of rewards — earned in the progression, obtained for coins in the seasonal shop and by completing contracts.

Now, we will tell you more about what you can get for these actions.

The Molotov is a new type of grenades in Warface. After the explosion, the fire covers a small area for several seconds while the enemy caught in it endures repeating damage. The Molotov is equipped into the same slot as the frag grenades — you can equip either a frag grenade or the novelty for battle. 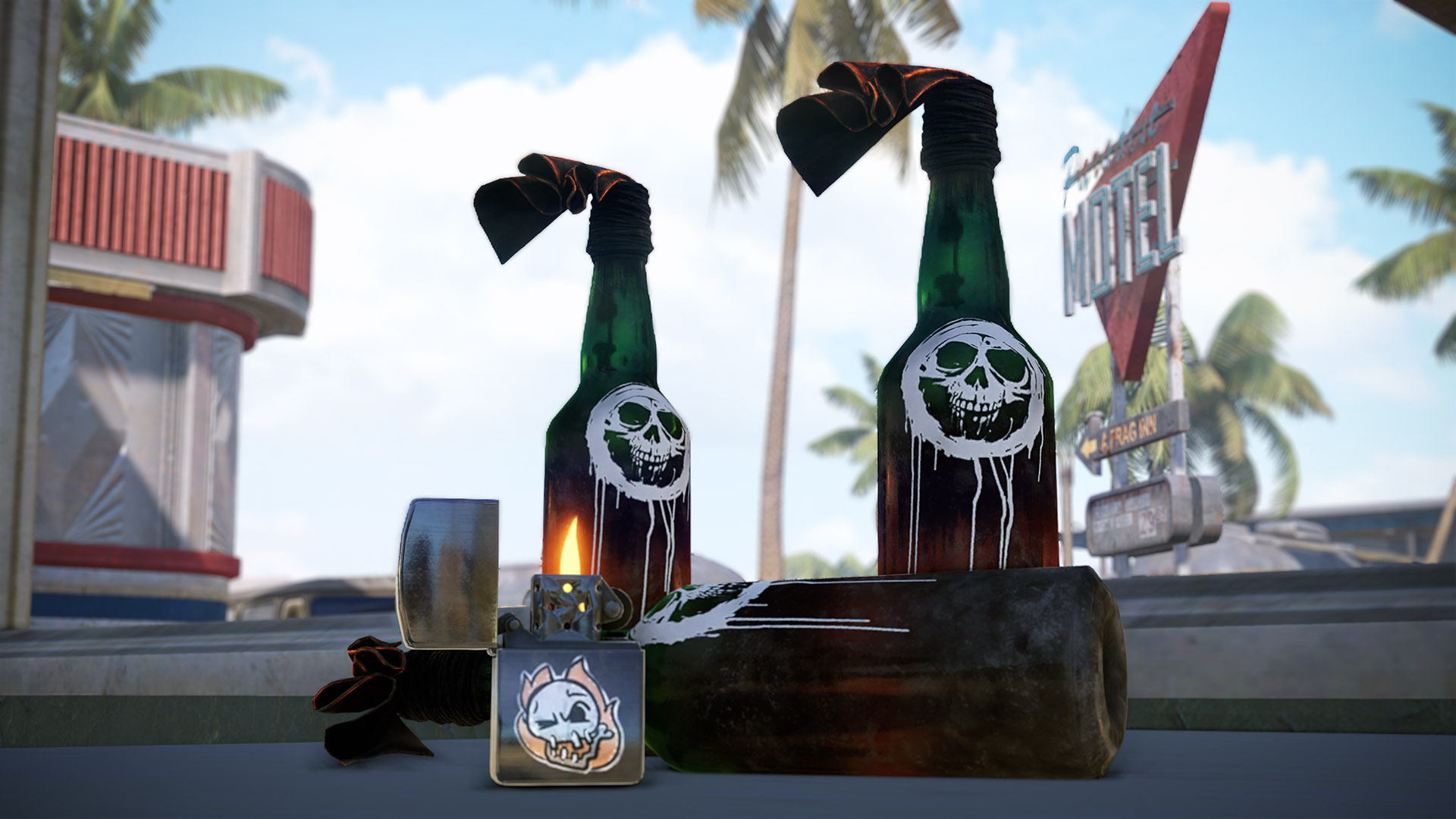 A little while back, we decided to return the classical class-specific roles within the game. The first step was the appearance of the "Rock Solid" gear in the spring season. Thanks to it, we managed to establish the Sniper as the most efficient fighter at long distances, who is able to support the team through scouting and provide extra fire power. At the same time, the Rifleman got the role of the main advancing unit that fights at mid and long ranges. We like the idea of the classical archetypes, where the Medic and the Engineer are supporting classes that help their teammates first and foremost, whose fighting efficiency depends on the range (short and middle, respectively), whereas Riflemen and Snipers control the rest of the playing field.

This idea shaped the basis for the new "Graphite" gear set, in which we tried to account for the particularities of each class and allow them the full range of motion within their specialties. 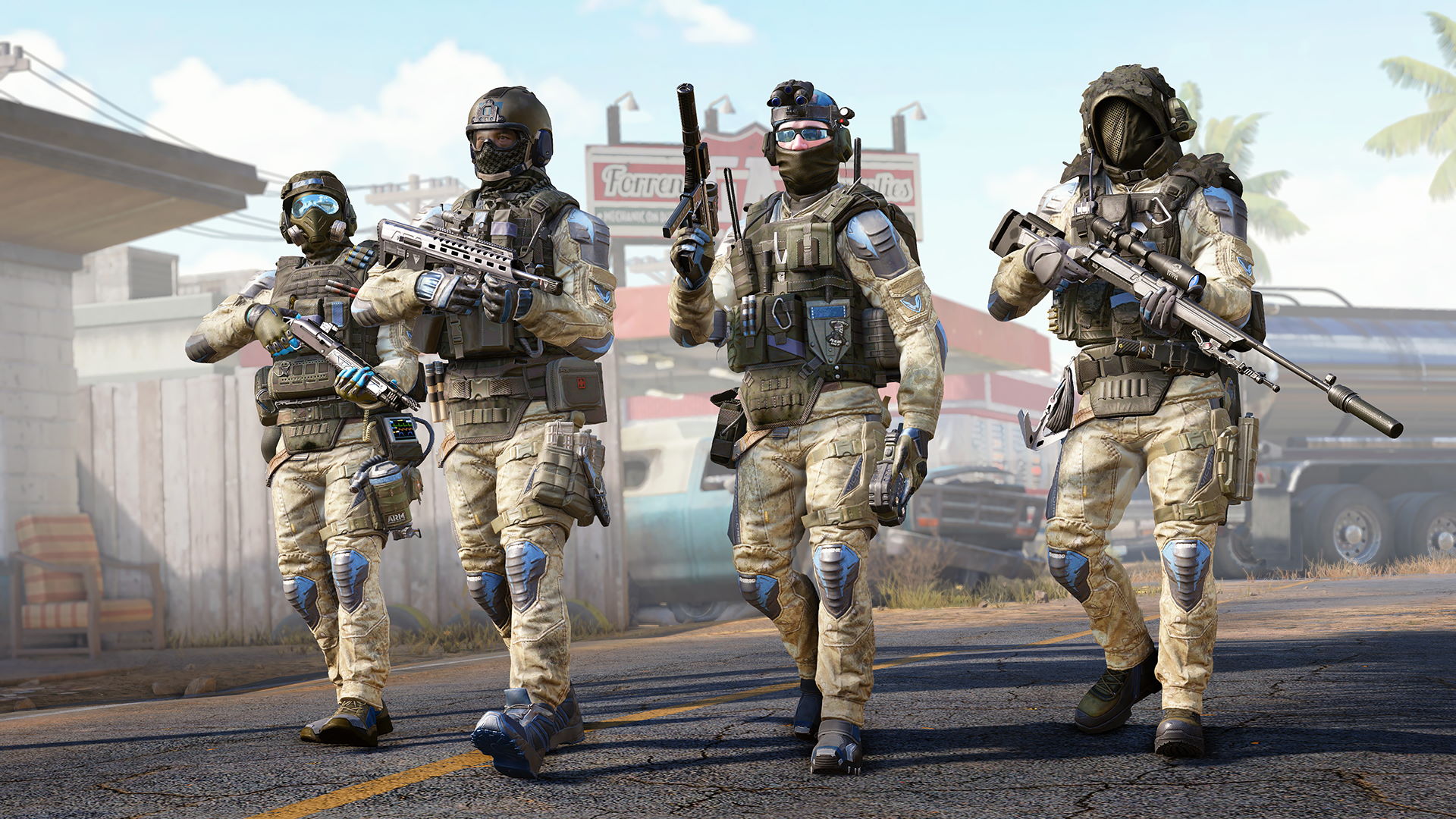 For example, the new gear set offers excellent protection against bullets and explosions, but it significantly reduces health and armor regeneration. This will increase the value of Medics and Engineers on the battlefield and will up the demand for their skills — to restore health and armor points.

The protection rates of the class sets are practically the same (except for the Rifleman, who received 5 extra armor points). The new gear sets have good bonuses for each class: Riflemen get a reduced recoil, Medics — increased sprinting speed as well as sliding distance, Engineers will enjoy landmine activation delay and a bonus to finding them, Snipers — an increase in the weapon switch speed.

According to our expectations, all this will help create a situation on the battlefield where each class can contribute to the overall success. And the players will get more room to try interesting tactics and team compositions.

In this season of the battle pass you will find two weapon series executed in a military style. 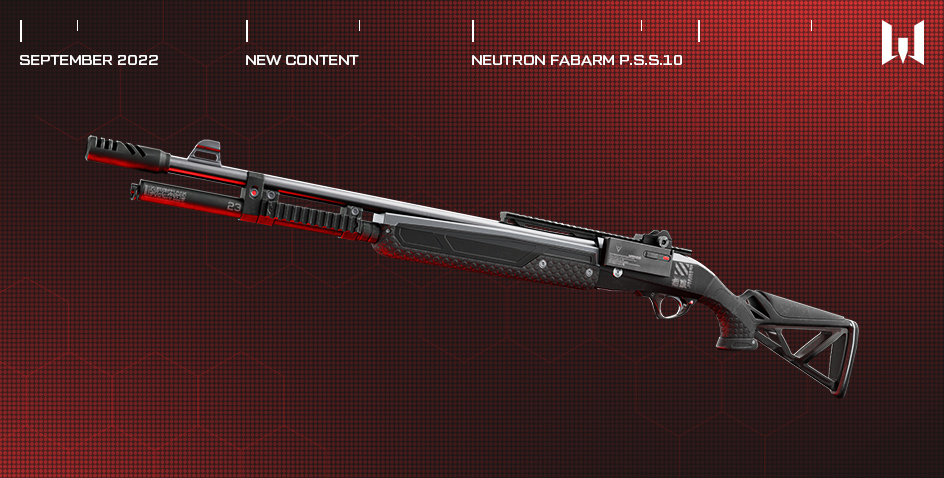 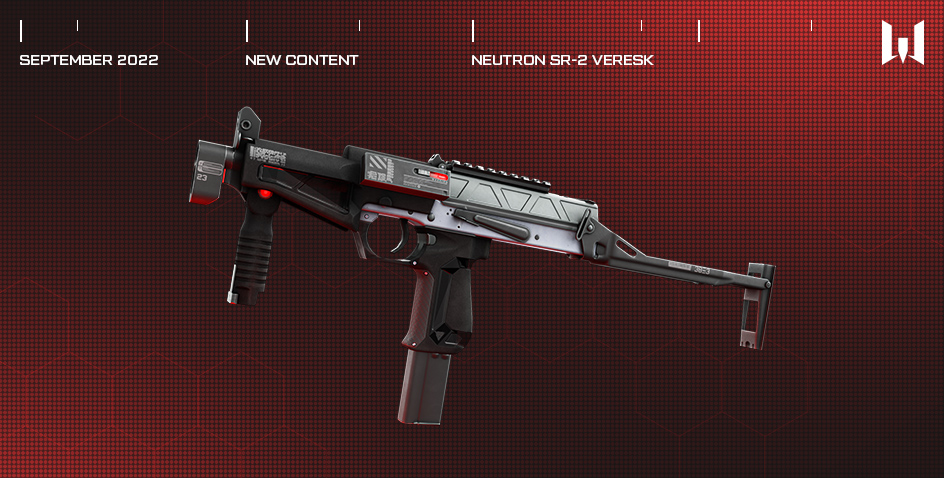 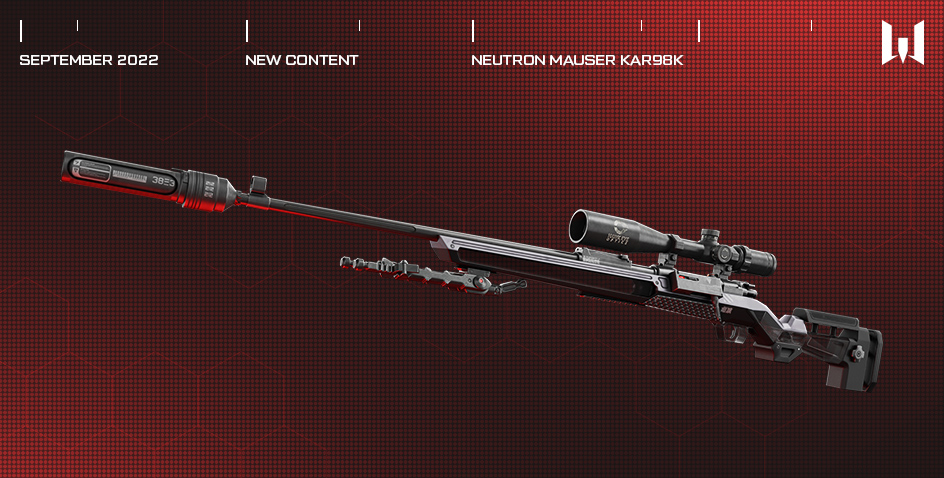 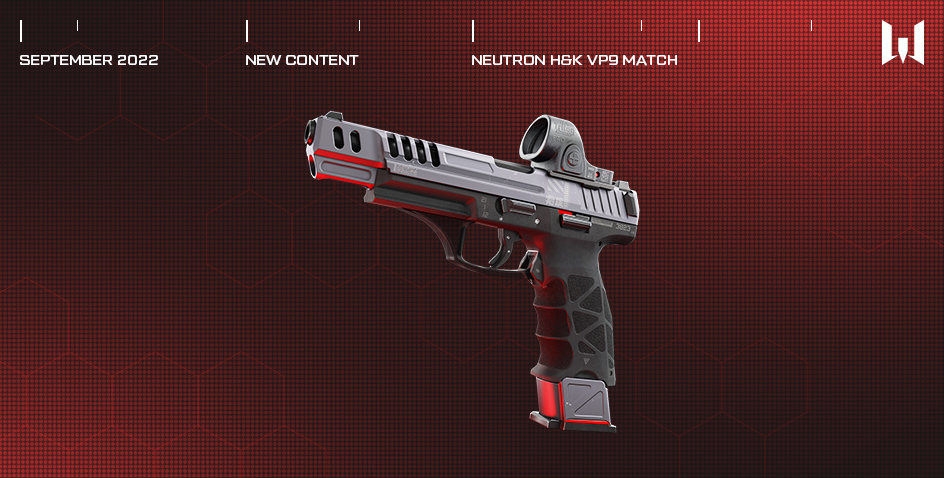 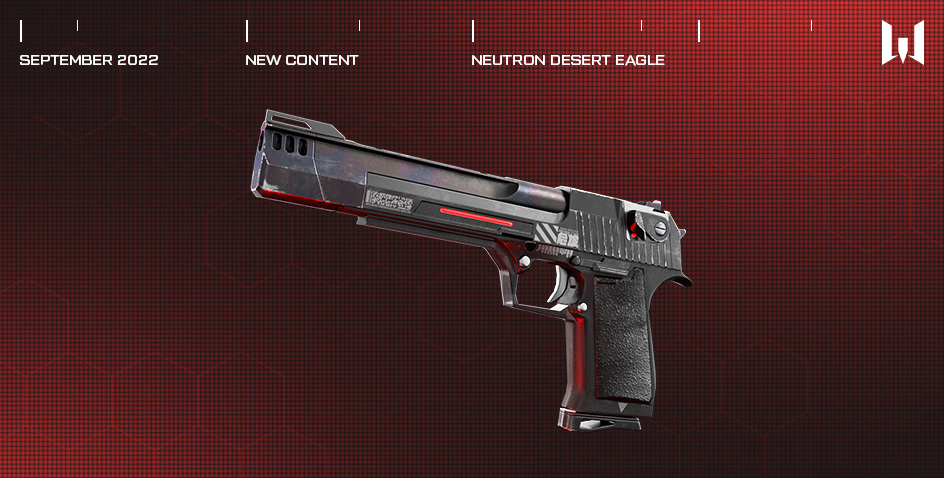 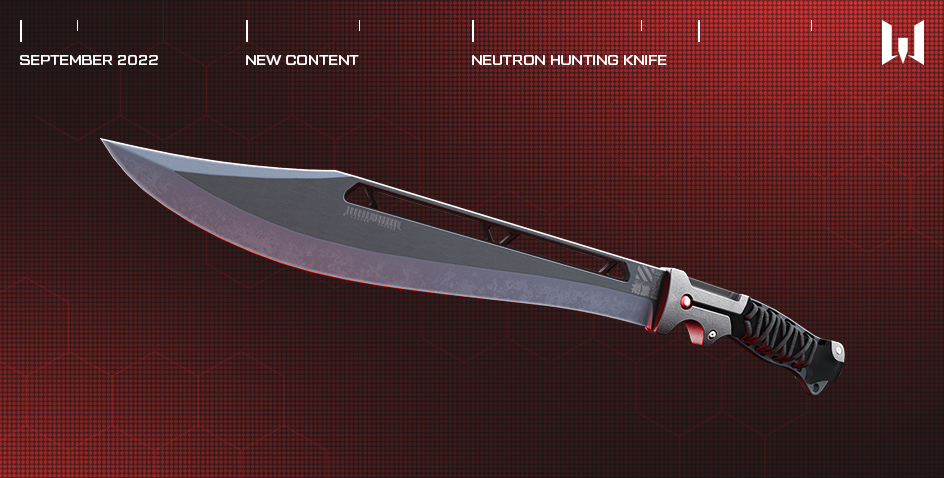 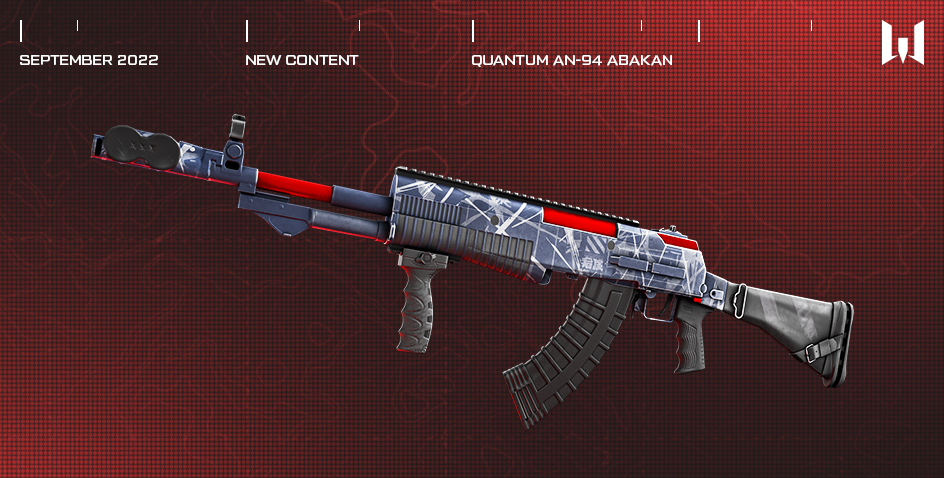 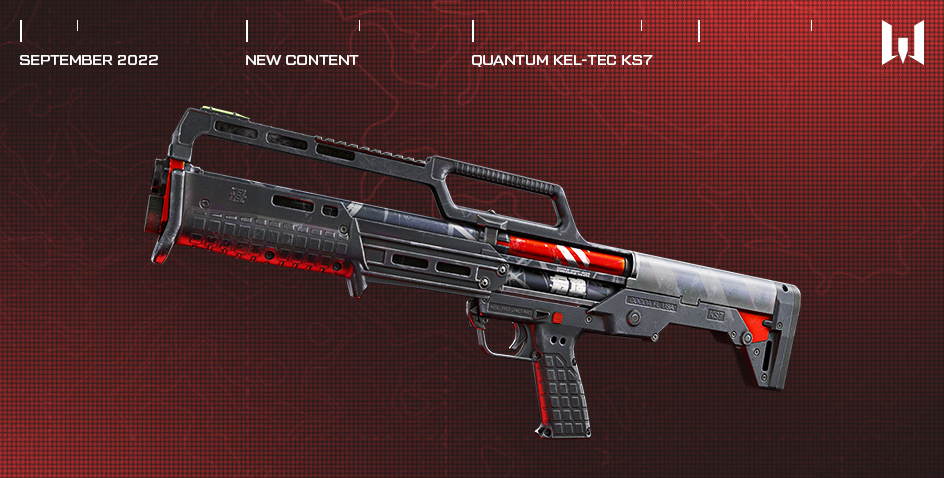 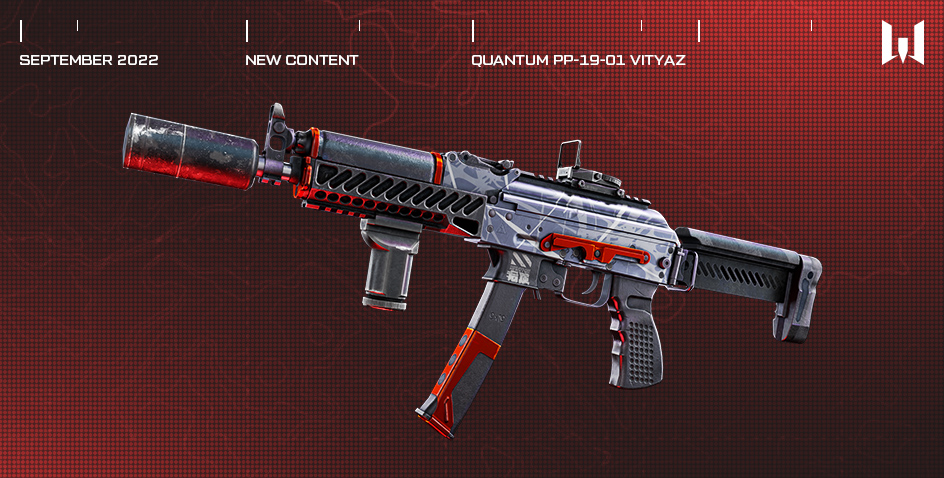 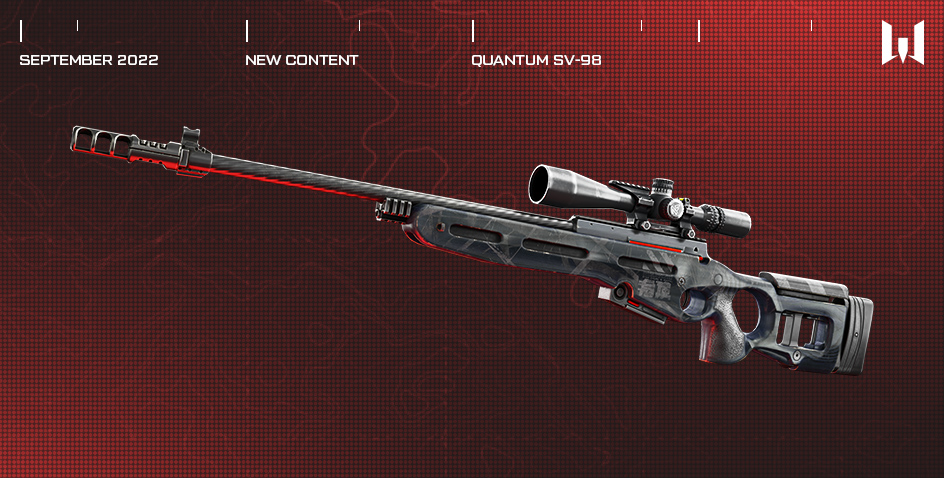 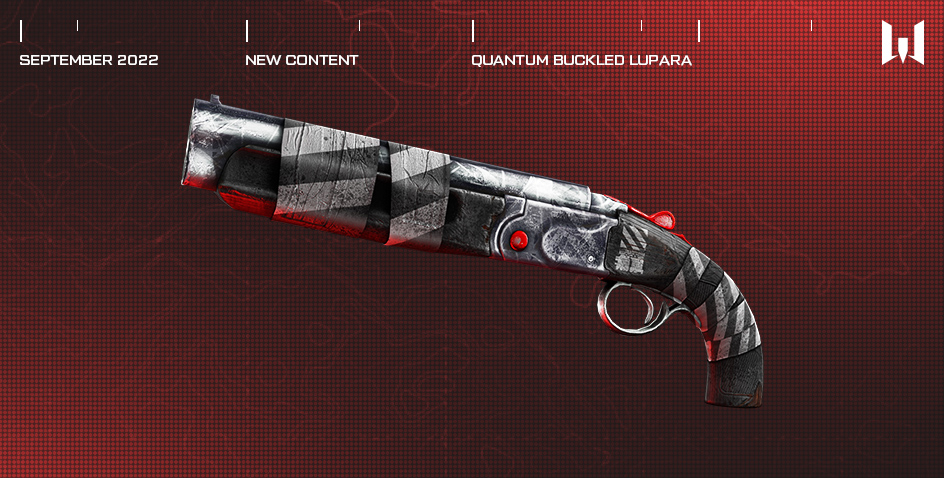 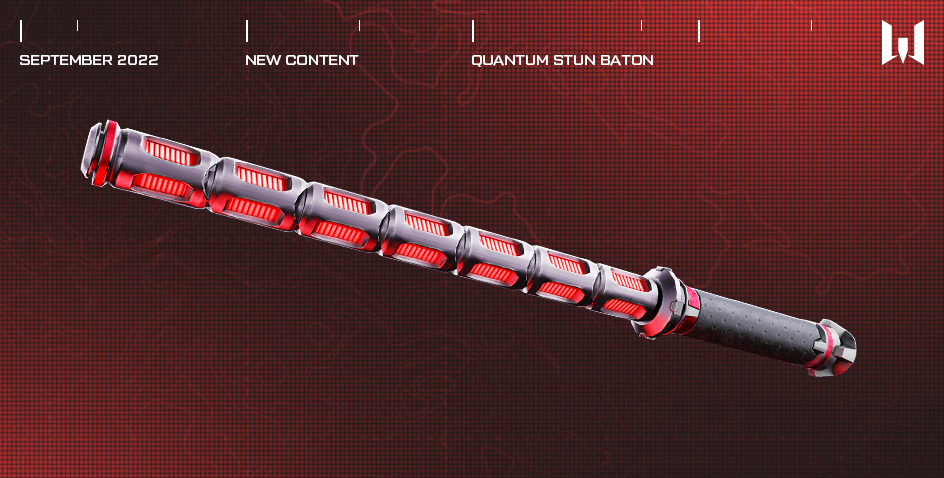 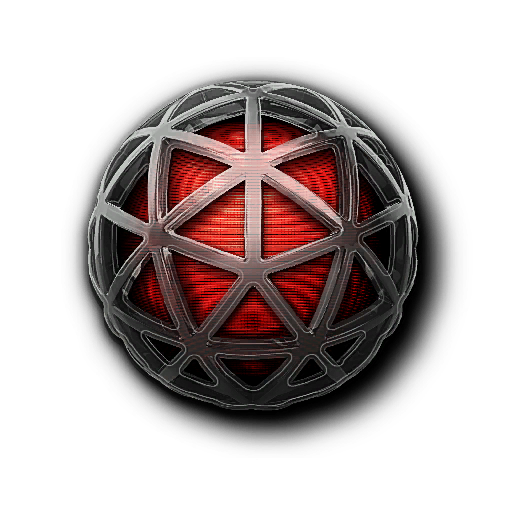 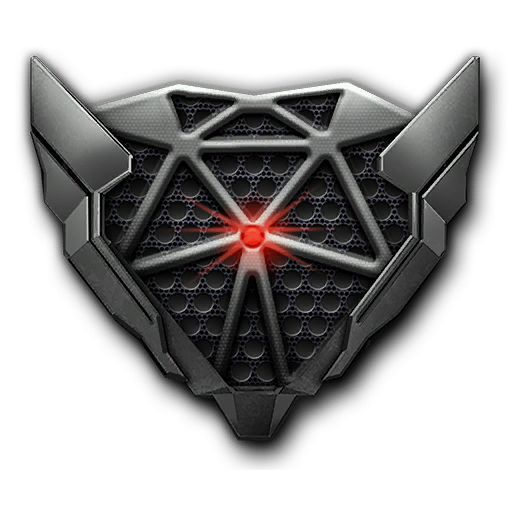 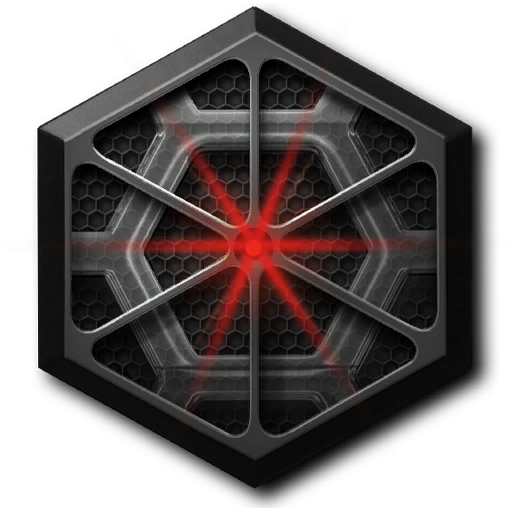 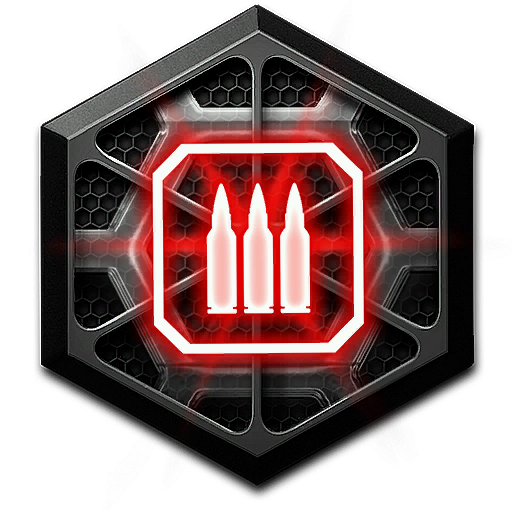 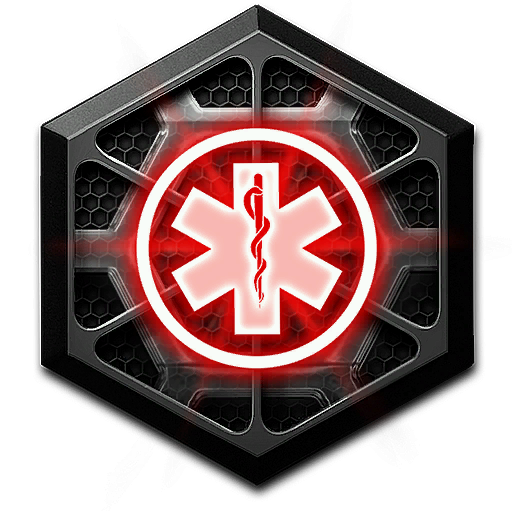 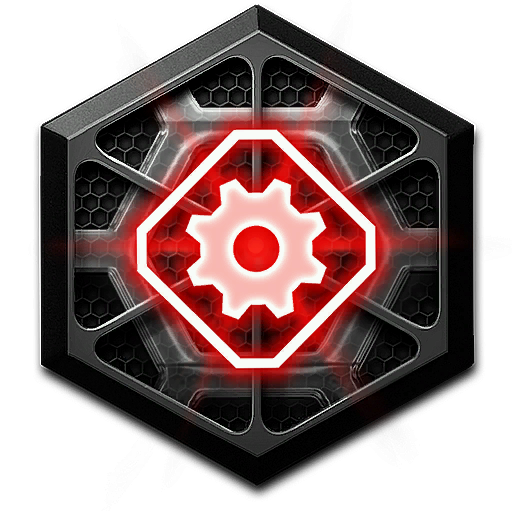 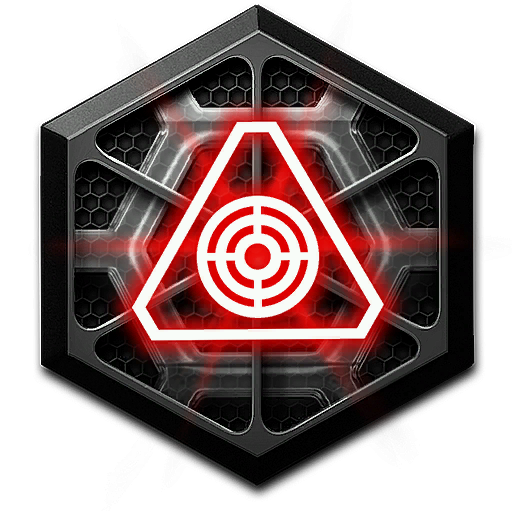 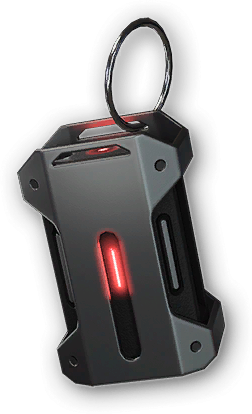 You will find cool weapons in the seasonal shop: the K&M Arms M17 assault rifle, the V3 TAC-13 shotgun (the characteristics of which have been improved in the "New Power" update), the KH9-EX submachine gun, and the AWP sniper rifle. The models are presented as part of the "Neurton" series. 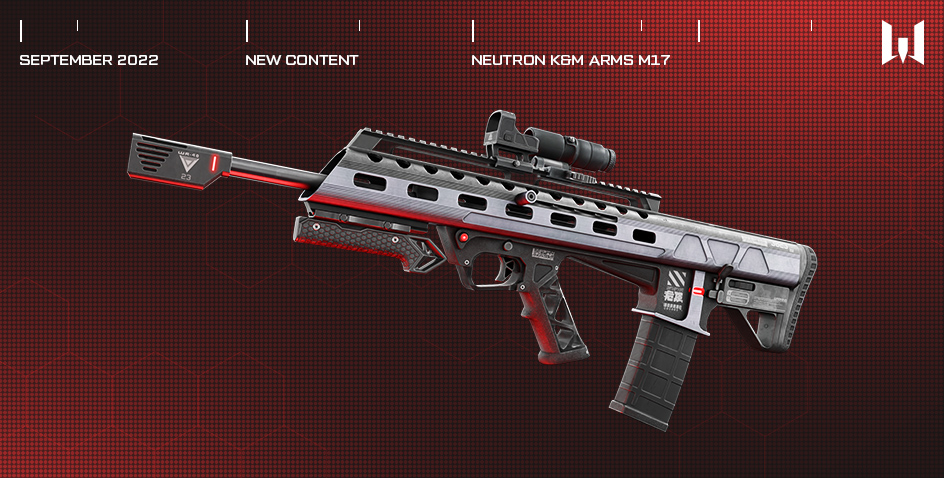 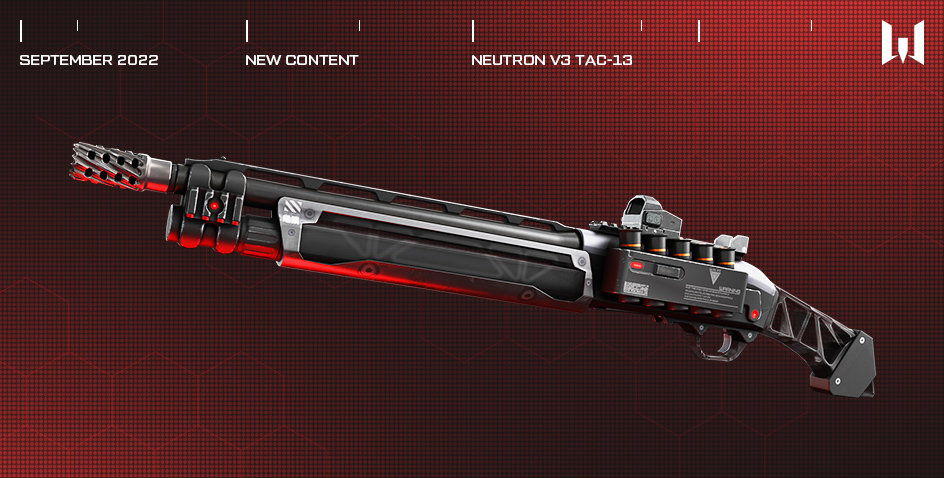 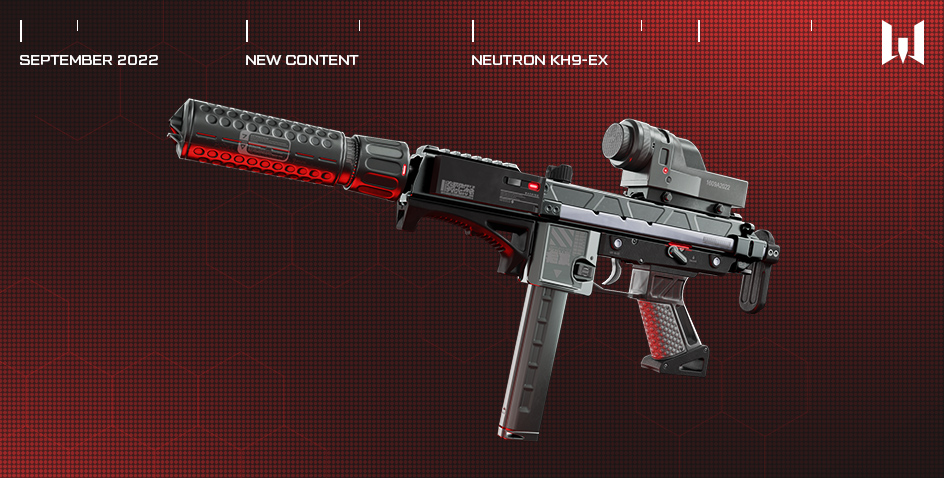 The weapons in the shop can be obtained for BP coins, both temporary and permanent. All unused coins will expire at the end of the season and will not be transferred to the next one. Be careful and try to use them all up!

Prestige levels are additional levels (101-1000) in the progression system that you can unlock during seasonal activities. The way you pass through the prestige levels is no different to doing so with normal progression levels — you play and gain XP in each battle. The only difference is that Prestige levels take more XP to unlock and will be reset each new season.

The "New Power" Prestige season will be active until December 07, 2022.

Why would you want Prestige? Quite simple: for extra rewards! This season you can get a rare achievement set, useful consumables for battles, and 4 permanent golden weapons.

UPD: The "New Power" Ranked Matches Season has been prolonged until December 7, 2022.

The "New Power" Ranked season will be active until November 30, 2022. When the season ends, an in-between period might begin — ranked PvP will not be available until the start of the next season. This time will help you rest before the next challenge and we will have some time to finilase the upcoming season.

The battles in the Ranked mode will be held by the usual rules. If you need a refresher, follow this link. Here is a couple of things to note:

And the rewards? We have added weapon boxes, temporary guns, new achievements, charms, meelee weapons, and skins. In short, everything you need for a glorious victory! 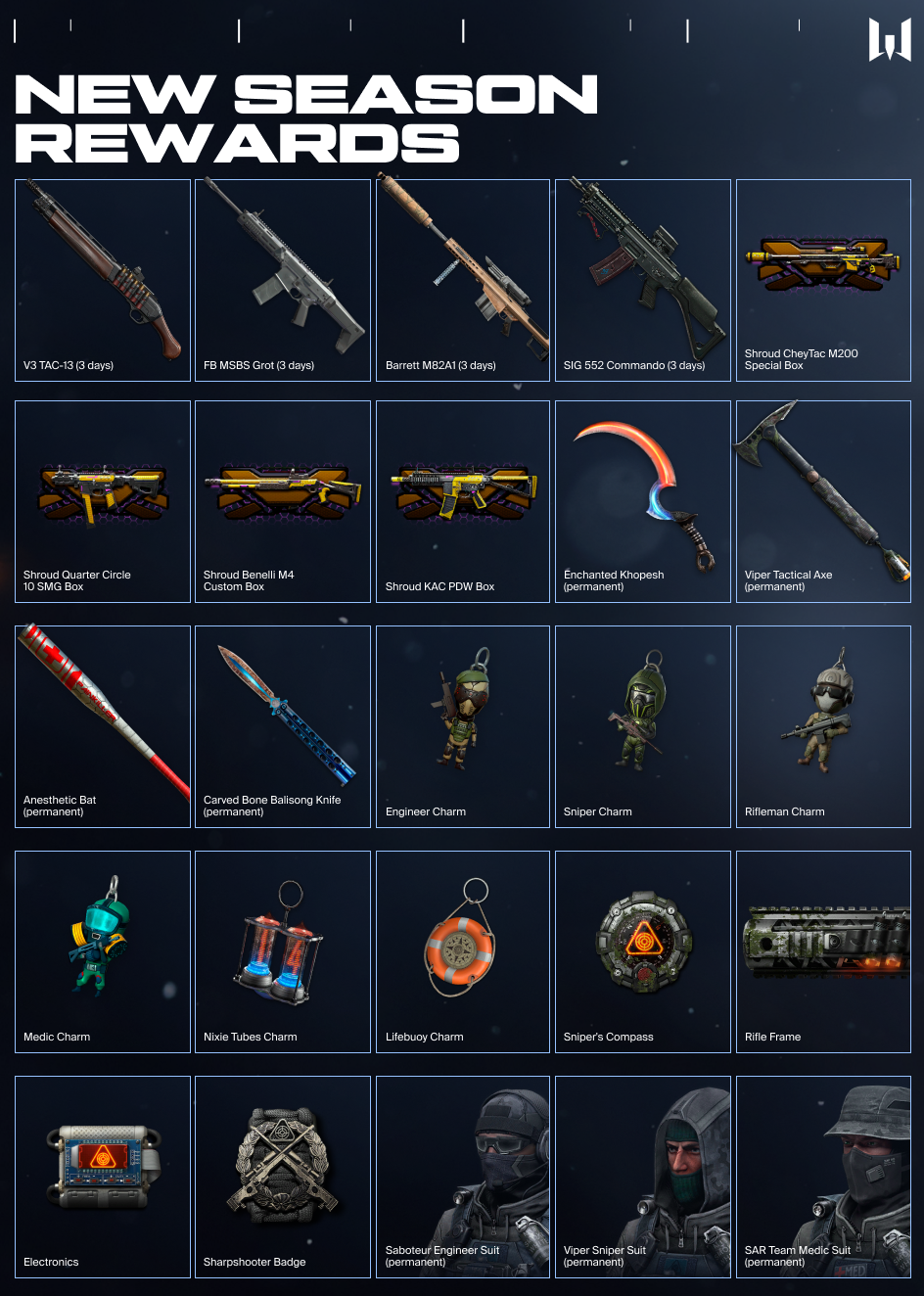 Be sure to share your thoughts about the seasonal activities in he game in our social media! 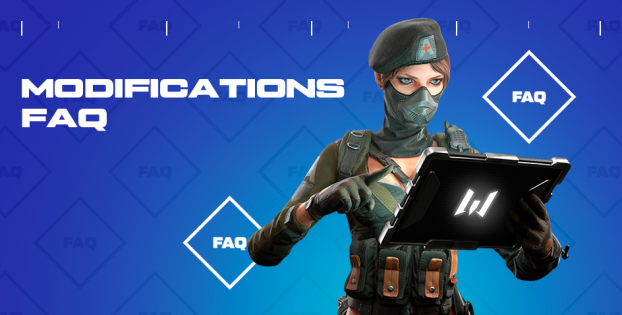 Mods 2.0 System: FAQ
In this publication, we are giving answers to your questions about the Mods 2.0 system. As you know, the redesigned system appeared in the game yesterday as part of the "New Power" seasonal update.
27 Sep 2022 important