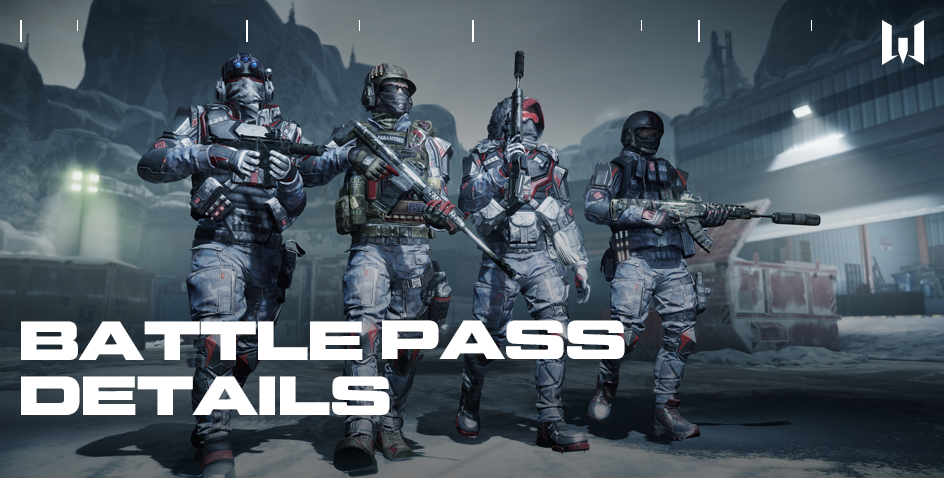 The new Battle Pass "Side by Side" has already started. You've given us a lot of feedback on the previous Battle Passes, and we've took your feedback into account and made a number of improvements to make the activity even more interesting. These are the main changes:

We also want to highlight the main change in this Battle Pass. In order to get all the guns, it will be enough for you to complete 4 class-specific contracts (see details about them below). You will be earning Battle Pass XP and completing contracts at the same time, so if you play actively, you will be able to get all the weapons as well as accumulate enough Battle Pass coins to purchase parts.

One of the main changes to the season is the reworked system of daily quests, which yielded Battle Pass XP.

As we've mentioned, specialized quests have different rewards. You will not receive the fixed 300 BP XP points for completing them. Instead, you will get an increase in Battle Pass points as a reward for playing a match. It will depend on the number and type of class-specific tasks completed.

In total, there are 8 specialized tasks for each class. See more details under the cut below.

Let's take an example: you completed a specialized Sniper task and received a certain bonus as a reward. Prior to completing the task, you received 10 BP XP for a won match played as Sniper. After completing the daily quest, the number of points will increase and will depend on the total bonus for a particular class. All such quests (regardless of their rarity) will stack up. For example, you can complete the entire Battle Pass and do specialized tasks as Rifleman - the amount of experience for each such match will grow and increase with the number of completed quests.

Let's consider more examples. If you complete the rare quest "Perform 100 kills in PvP as Rifleman", for all subsequent battles in the PvP mode played as Rifleman, you will receive additional 10 BP XP for every 10 kills (even if you lose). For example, your personal result as Rifleman in the "Free for All" mode is 74/24, meaning that you will receive additional 70 BP XP to the base reward for the battle (let's say, the base reward is 15 points, but you will gain 15 + 70, that is 85 points).

Now, let's have look at an example with PvE missions. If you complete the rare mission "Perform 500 kills in PvE as Rifleman", for all subsequent battles in PvE and special operations as Rifleman, you will receive additional 5 BP XP for every 20 kills (only in case of victory).

Please note that tasks are not excluded from the quest list after their completion. They may become available again on other days. The quest conditions of different rarity also remain the same: only the reward for completing a quest changes (therefore, we suggest you update the list of quests to get rarer rewards).

The quest slot mechanics remain the same. You will still receive one quest every day, and you can unlock up to 3 slots to accumulate tasks.

Parts in Store and Progression

In the new Battle Pass, you can earn up to 11,000 parts to buy back and upgrade mods. The sources of obtaining them are the main progression (1,000 parts at level 21 for all owners of any premium access) and the Battle Pass store (up to 10,000 parts). 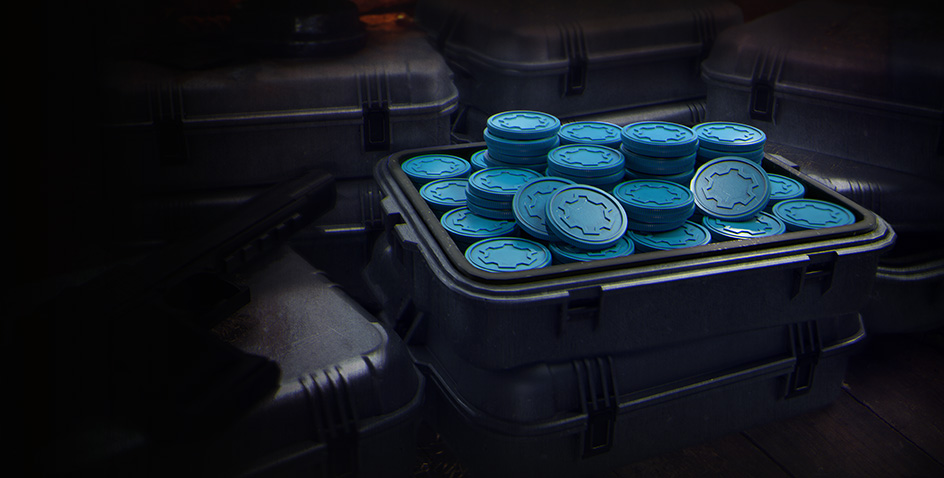 Progression levels have also changed. Now, the base progression chain consists of 25 levels (used to be 50 levels). Compared to the previous Battle Pass, in proportion, the amount of experience per level required to reach level 25 has increased (by about 10,000 points in total); however, due to the fact that there are two times fewer base levels, the amount of total experience needed to complete the main progression has decreased almost by 2 times.

The changes also affected additional progression levels. Now, there are 150 of them (used to be 25 levels). The amount of experience needed to unlock them remains the same, but the number of BP coins has decreased from 50 to 10. However, you should not worry about the shortage of coins. Firstly, there are more levels. Secondly, you can get additional coins through contracts. We will talk about them further. Thirdly, due to daily quest bonuses, your battle pass progress rate will grow much faster.

Let's consider the Battle Pass XP increase rate when completing daily tasks. If you receive a bonus of +3 XP every day for playing in the PvP mode as Rifleman, 30 days later you will receive +90 experience points in addition to the base 20-30. In this case, the speed of obtaining Battle Pass levels will increase by 4 times.

As for progression rewards, the system remains familiar: the main levels yield parts, achievements, charms, camouflages and two weapons (a knife and a pistol). Additional levels give BP coins for purchases in the Battle Pass store. This time, we have removed BP coins from rewards for the main levels, but you can get them for additional progression. 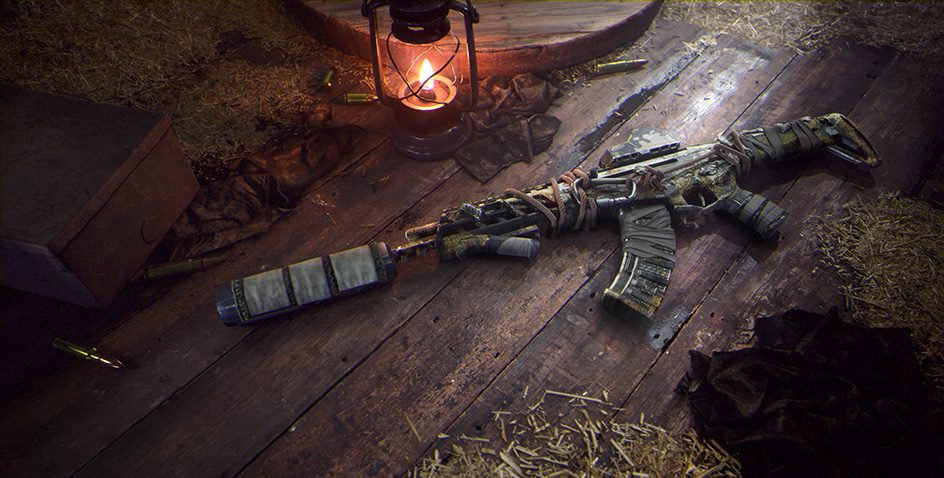 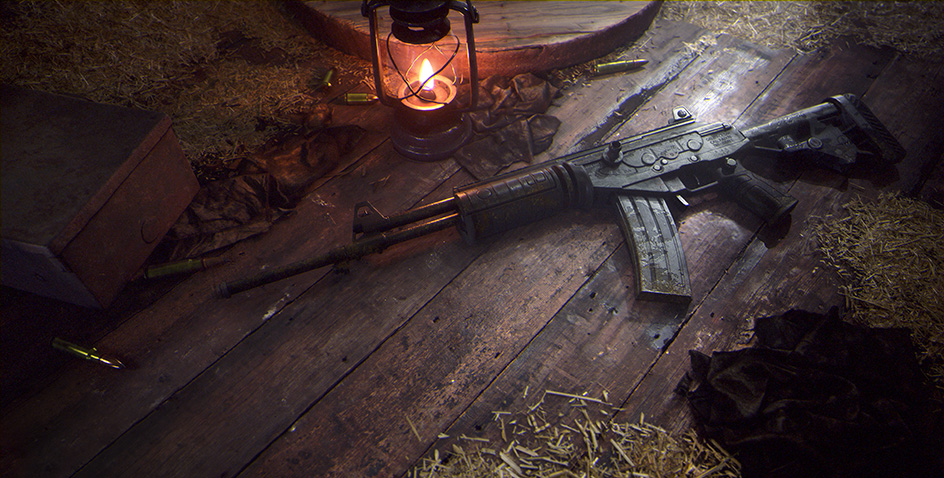 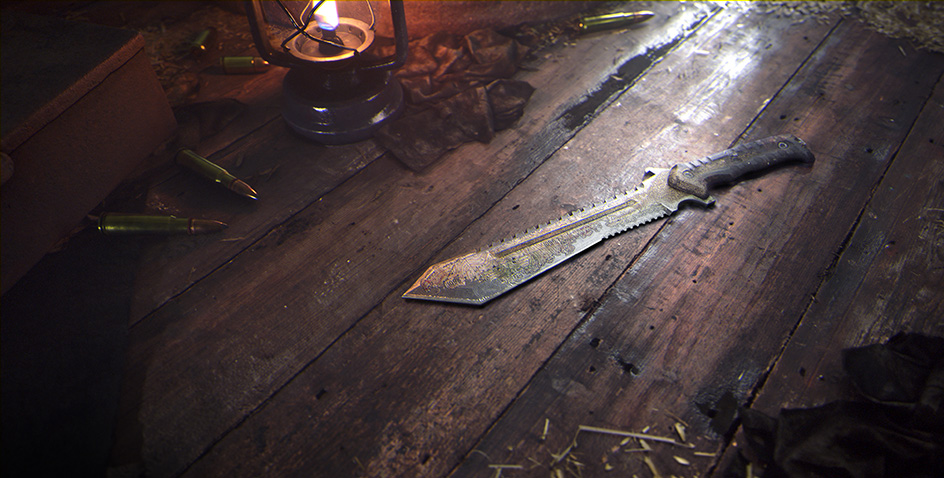 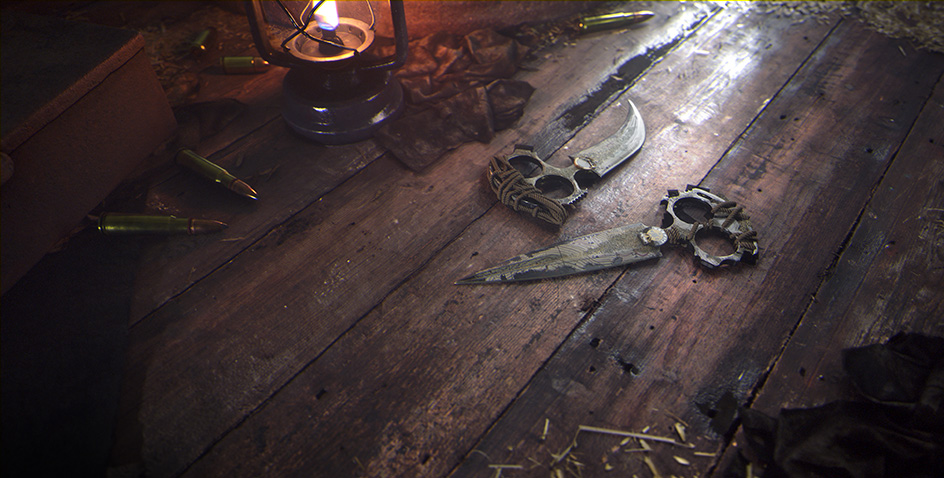 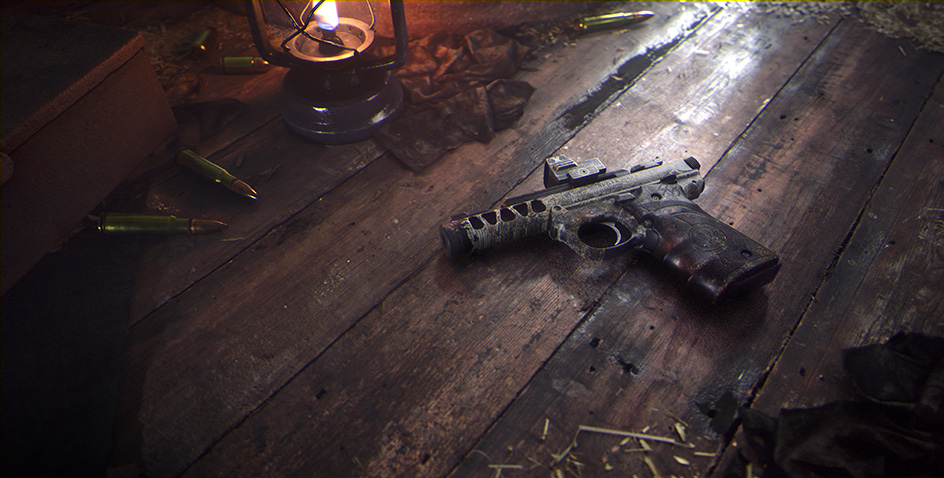 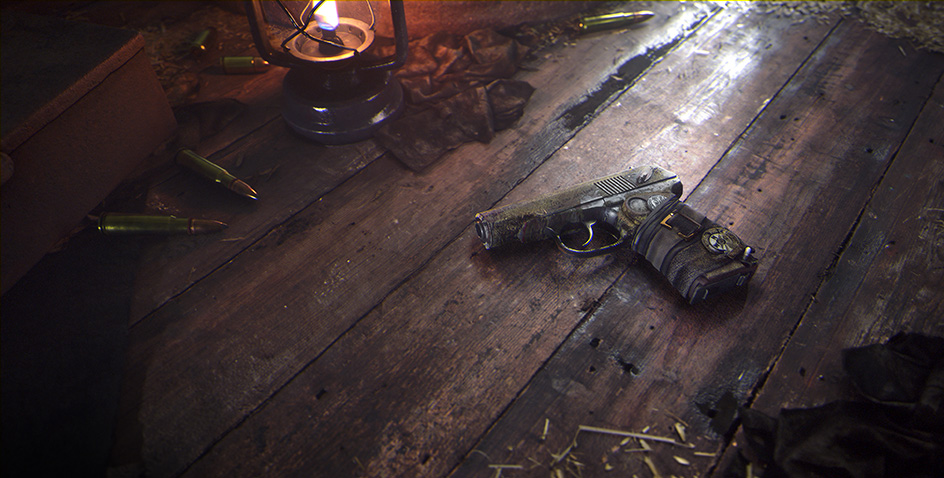 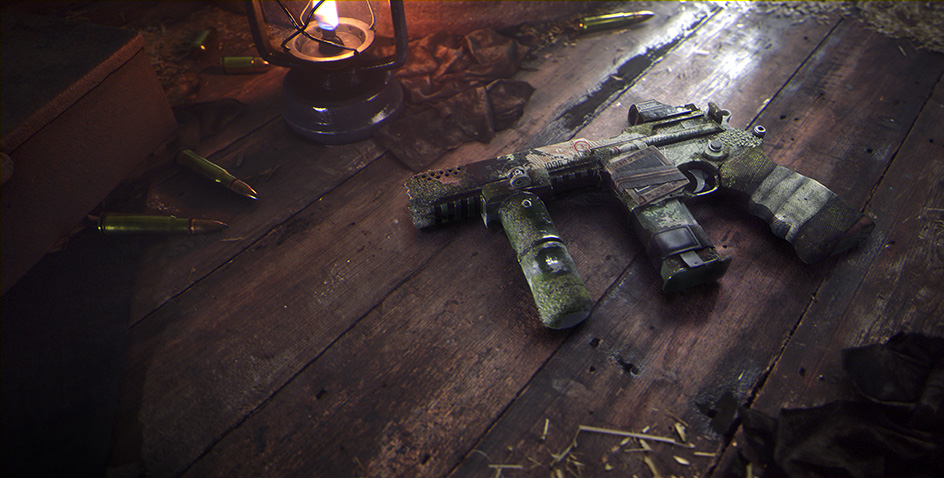 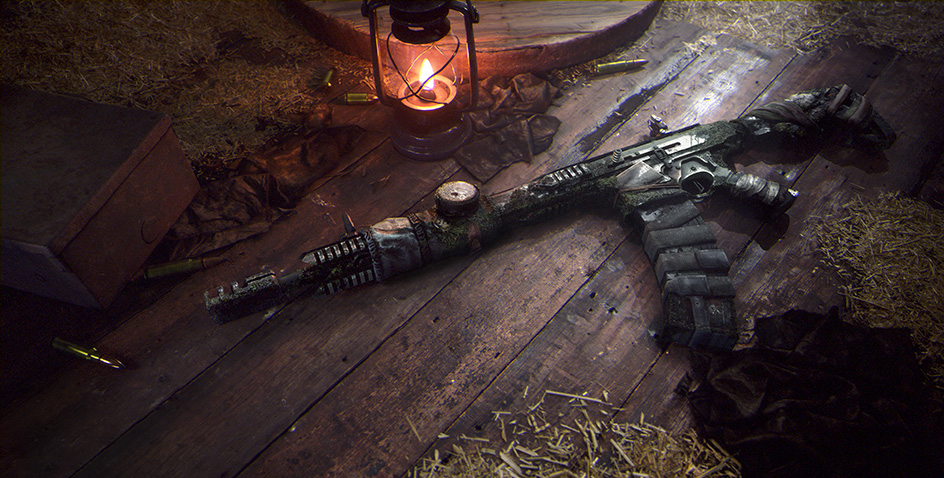 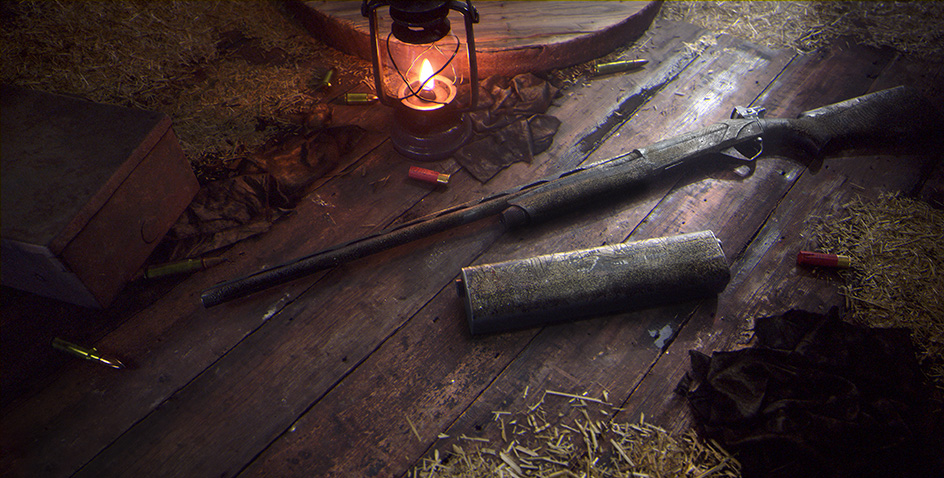 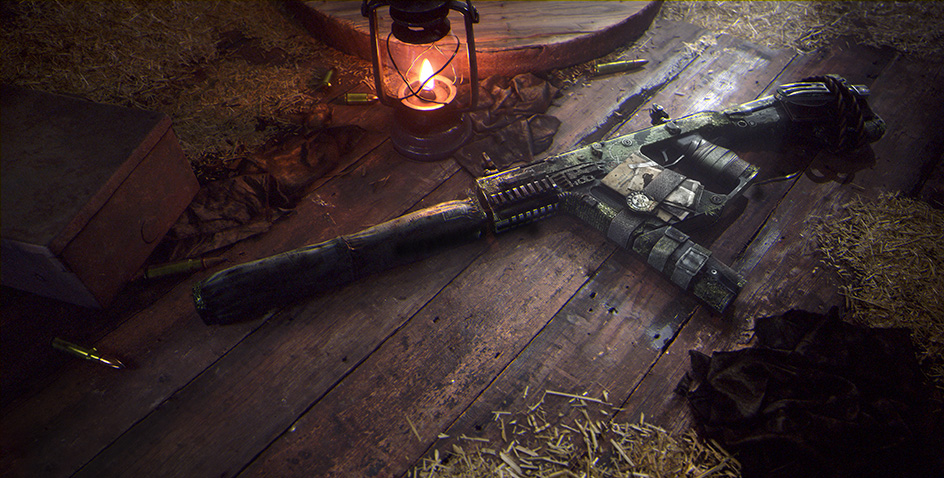 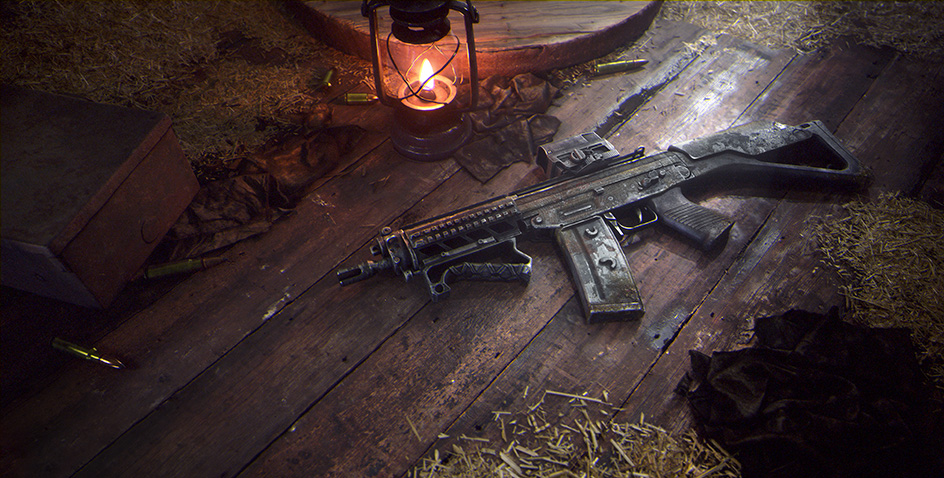 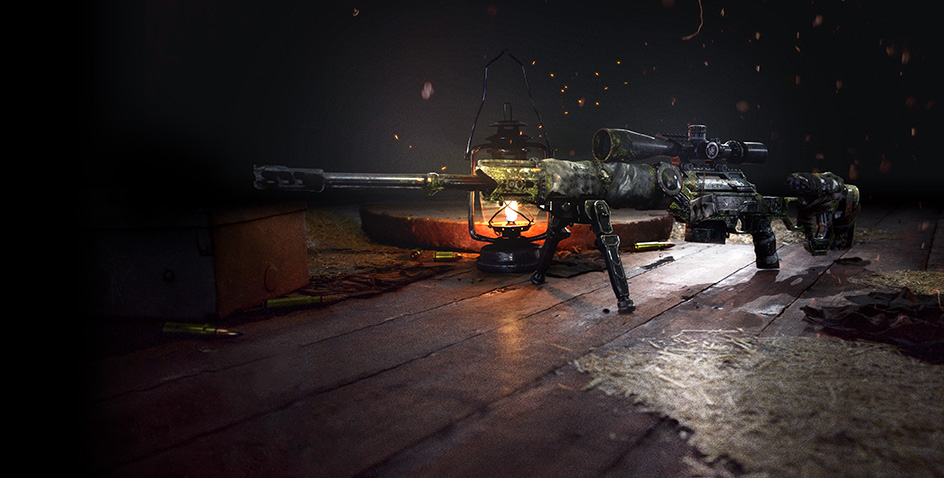 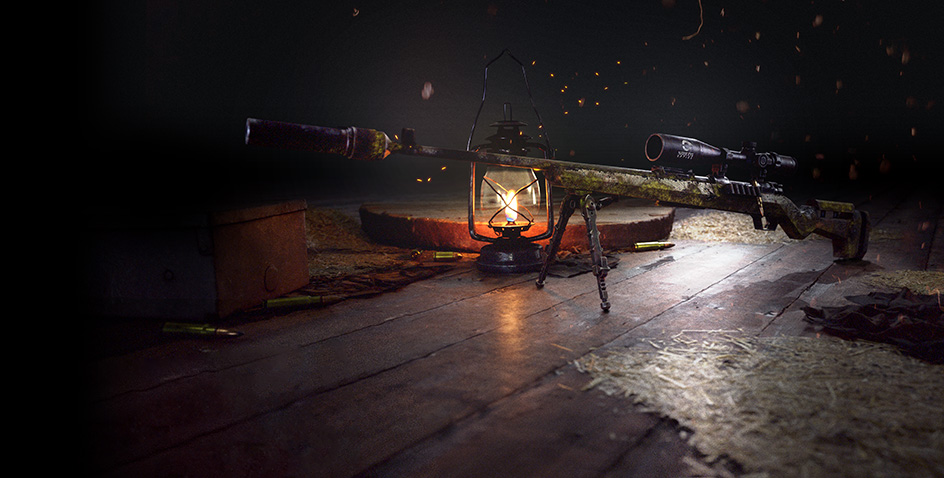 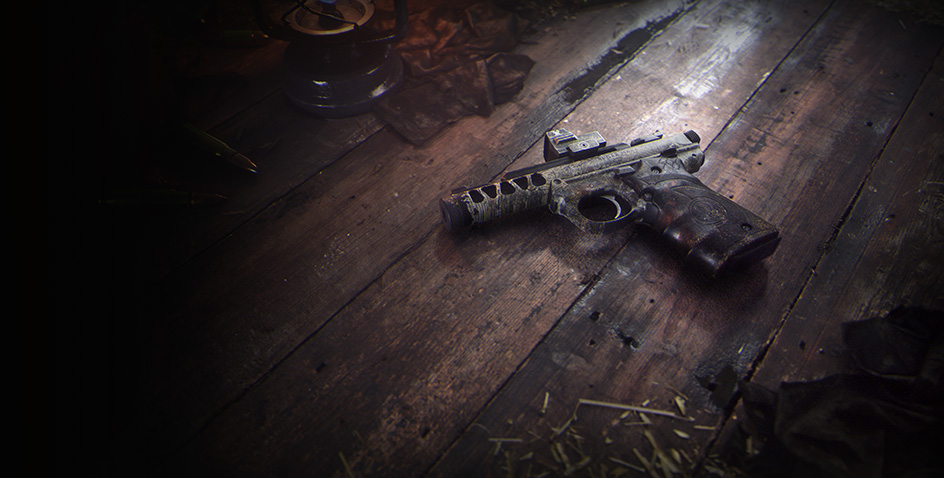 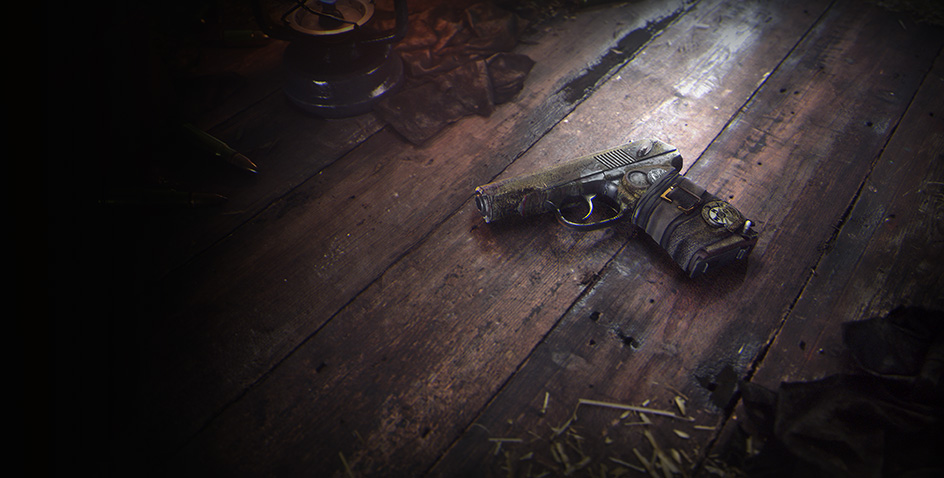 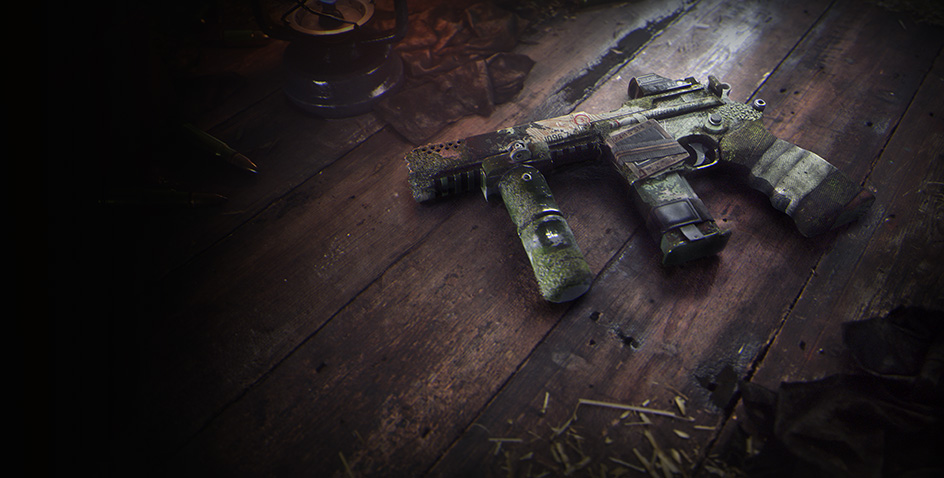 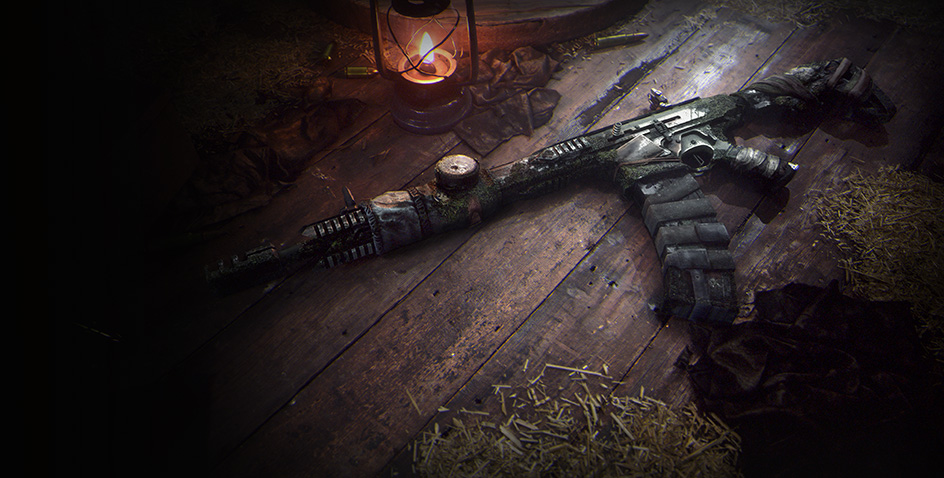 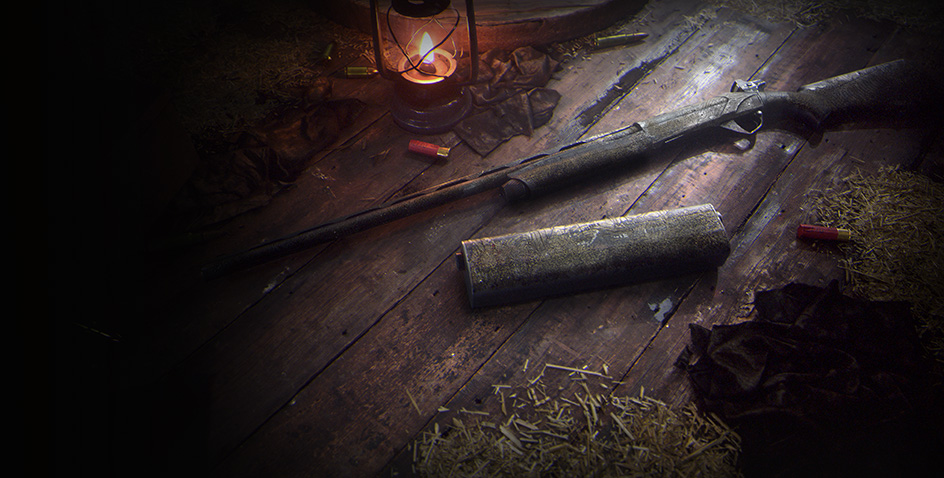 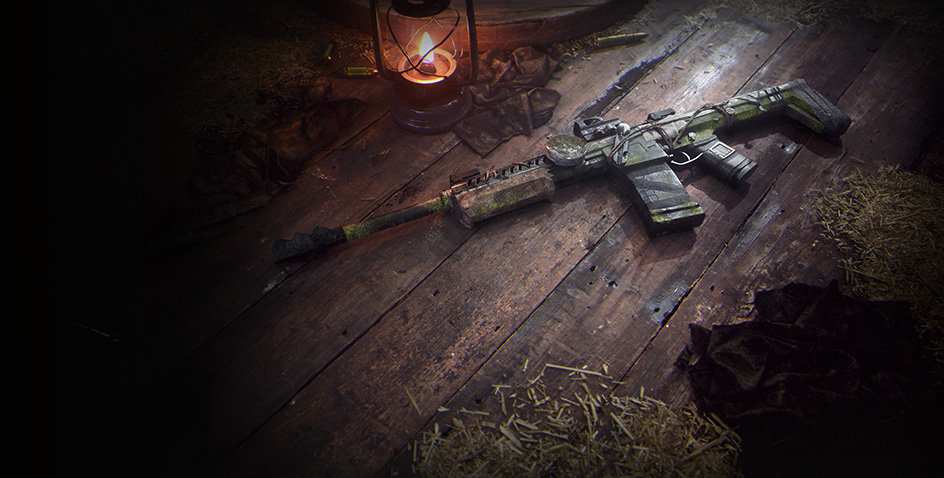 Under the cut, you can see rewards for levels.

There are 5 types of contracts in the new Battle Pass. One of them is familiar to you. By completing the daily contract, you get a seasonal weapon box. There are no changes (except for the reward) in it. The other four are class-specific contracts (one contract for the Rifleman, Medic, Engineer, and Sniper).

Let's review them in more detail: 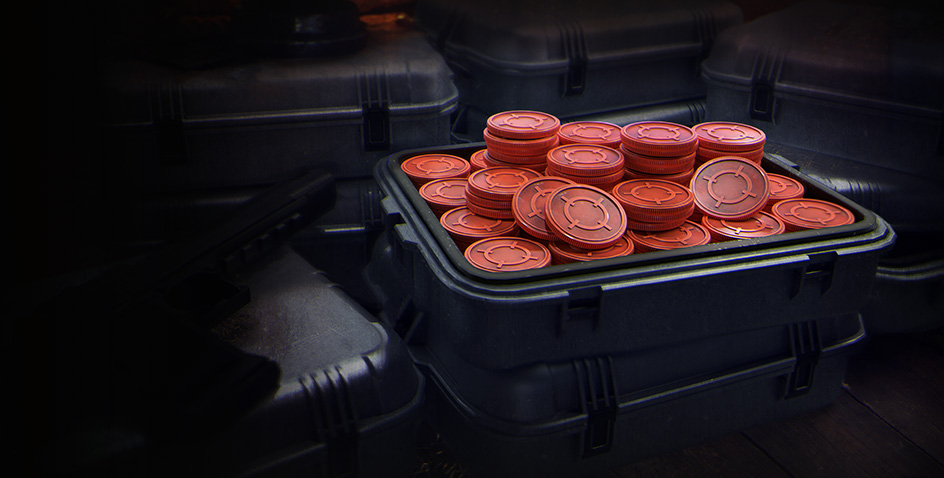 And now we'll tell you what's new in the mechanics of acquiring XP for matches. For PvP matches and RM, the conditions remain the same. But in Special Operations, the BP XP calculation now goes the same way as in PvP. Previously, special formulas were used to calculate the reward for "Blackwood Operation". Now, it applies to all special operations. There are no more fixed rewards like before. To gain experience in Special Operations and PvE, you need to win.

In addition, if you receive BP XP bonuses for completing specialized daily tasks, they will apply to all matches and will be added to the base session XP.

Let's take a look at the weapons that you can get in the store. The seasonal line-up includes the H&K G36 Assault, Sentry 12, SIG MPX Copperhead (the first dual-wield arm in the game) and Kel-Tec RDB-C of the "Strider" series. 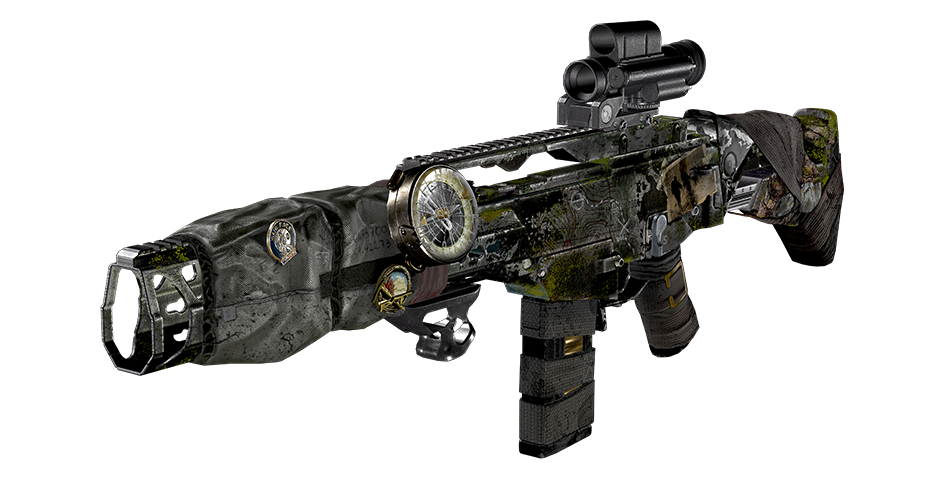 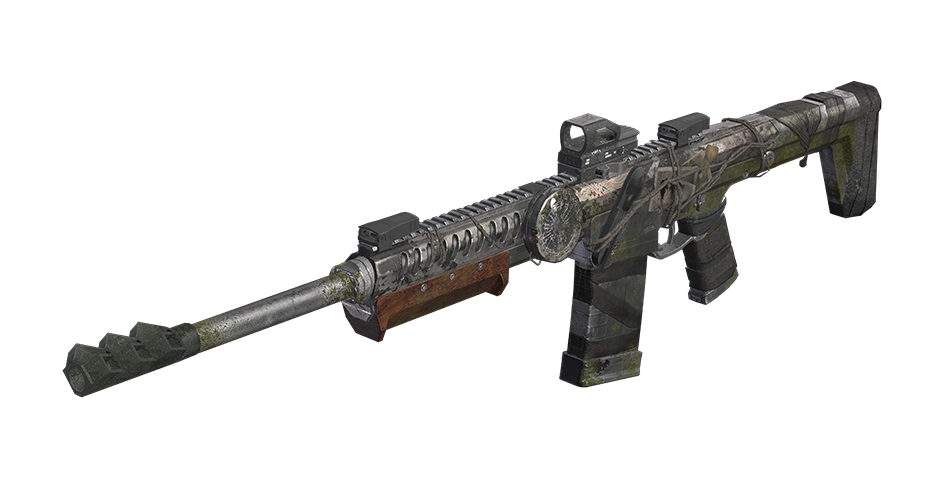 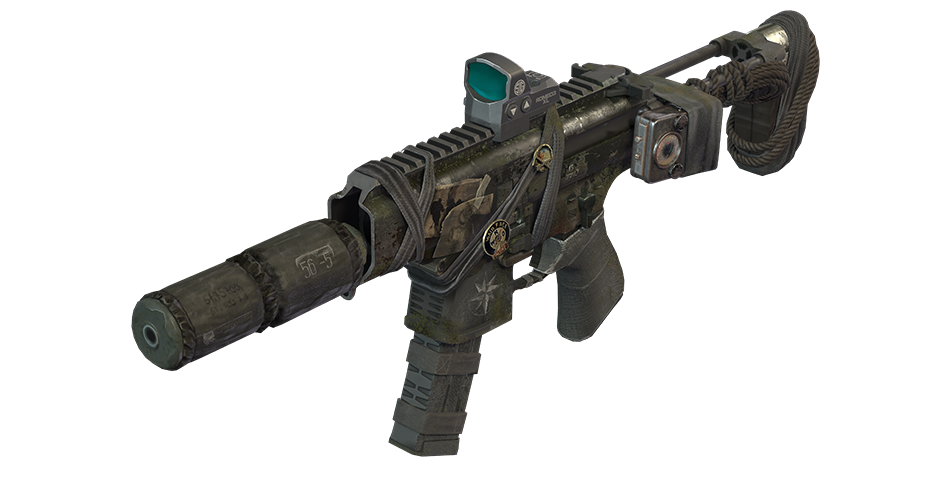 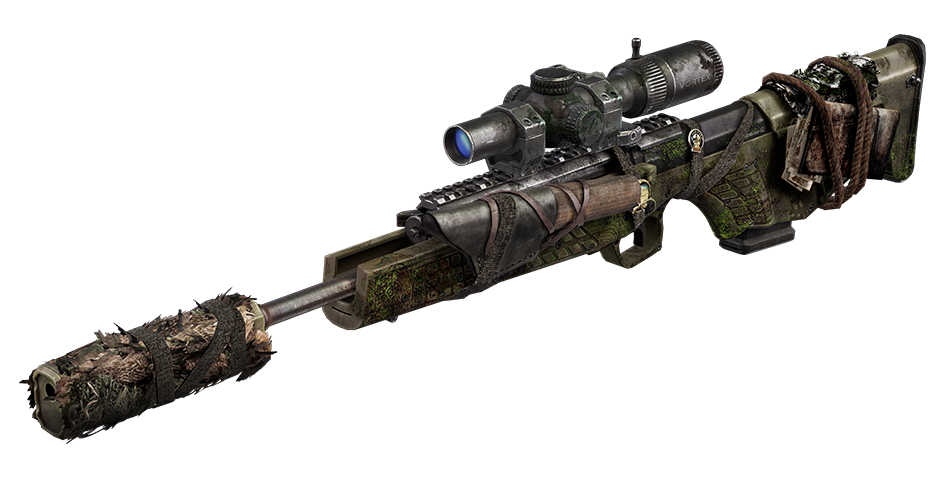 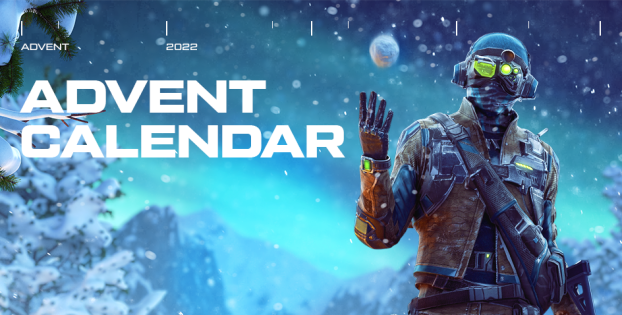 Mods for Devices already in game!
Now you have the possibility to upgrade and install mods onto devices. Read on to learn more about the new feature and how it works!
29 Nov 2022 general