A new agent is already available in the game! Timothy May, aka Agent Mongoose, has joined the ranks of Medics. Born in England he was an ordinary doctor who then turned into a fanatical life-saver. Before moving to America, he disappeared for seven whole years, which left a dark spot in his biography. But after returning, he became a doctor who fights tooth and nail for every patient and does not accept any kind of cruelty.

One fateful day, despite his peace-loving nature and pacifist convictions, he had to fight with mercenaries and remember his combat skills in order to save his patient's life. However, nothing is ever so easy. One of the killers turned out to be his former colleague Francis Dyke.

The Agent is part of the "Side by Side" seasonal update. You can learn more about it in a special publication.

For a long while, Timothy worked as a head surgeon in one of the American hospitals, his career has been nothing spectacular for a specialist of his level. He was born to a middle-class London family, graduated from Cambridge Medical University, went through residency, and began working in a British private clinic. Some time later, Timothy moved to the USA sporting excellent recommendations and immediately took up the job he still has today.
It's unclear what exactly has caused a sudden jump up the career path and a move to a different country. The seven years leading up to America are a dark shadow in Dr. May's biography. Deep in the archives of the British clinic he used to work at, medical history of a wealthy anonymous patient cured by Timothy was found, after which the doctor disappeared for seven years. You can hear through the grapevine that the patient was somehow connected to special forces and lead secret Euroalliance missions in Afghanistan. Judging by some of Dr. May's habits, he's spent significant time in there. His occupation there is classified information. Timothy himself avoids answering such questions.
It is worth mentioning, that the doctor's prolonged absence has had quite a positive effect on his professional skill: Timothy went from a decent enough specialist to a fanatical life-saver. He fights tooth and nail for every patient and every loss is his personal tragedy. Because of that, his colleagues—who have long since accepted mistakes and bad outcomes—find him a little weird. Another oddity that Timothy developed during his years away, is the aversion to any sort of cruelty. He avoids conflicts, especially physical ones, and refuses flat to take up any weapon. This principle ended up almost costing him his life.
Back in the hospital, Timothy tended to a special patient — a high-ranking Warface officer, who suffered grave injuries after a helicopter crash during the Endor mission. Somehow, the information leaked and anonymous individuals hired a squad to liquidate him. Timothy had to unwillingly remember his combat skills to save the man's life. Nothing is ever so easy, though. One of the hitmen is Timothy's old fellow soldier, Francis Drake, who told that the Warface officer is guilty of many crimes (from human to drug trafficking), and this was the only chance he would get what he deserves.

In the agent's set, you'll find cool weapons of the "Intensive Care" series such as the VEPR VPO-X3, Mauser C96 Custom and Push Daggers. Novelties are already in the game store. 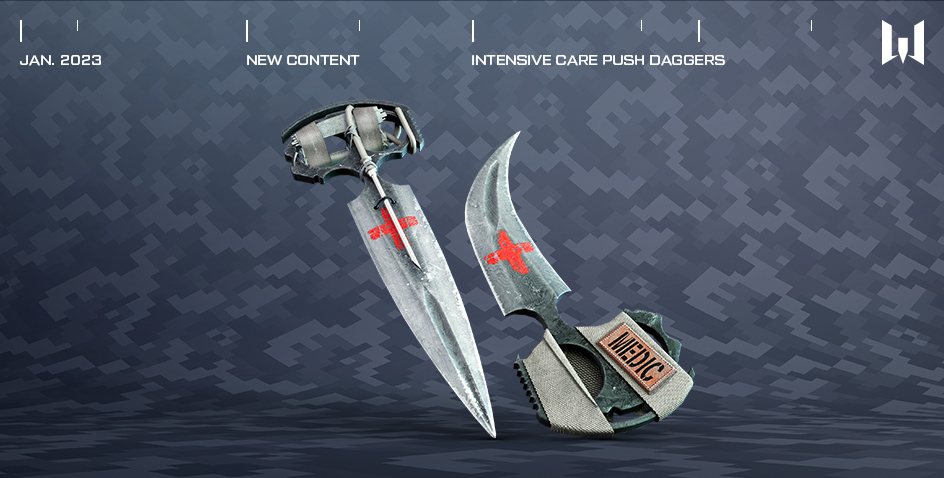 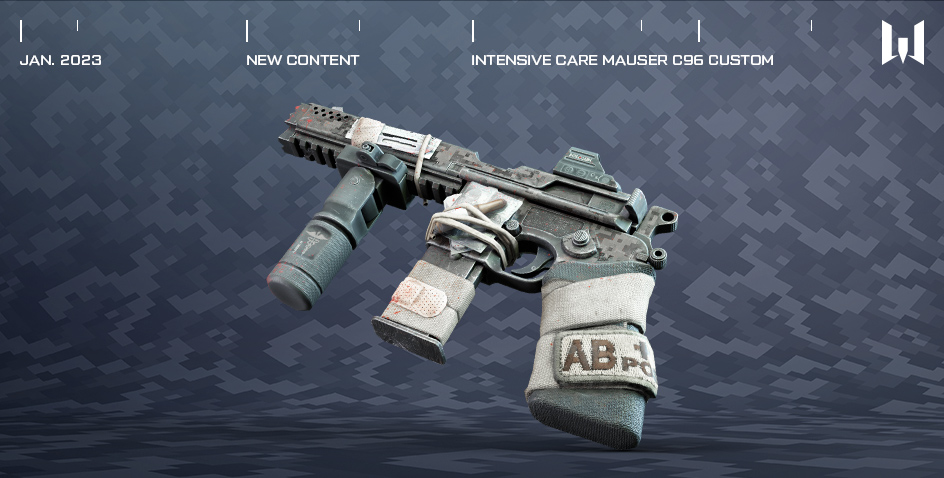 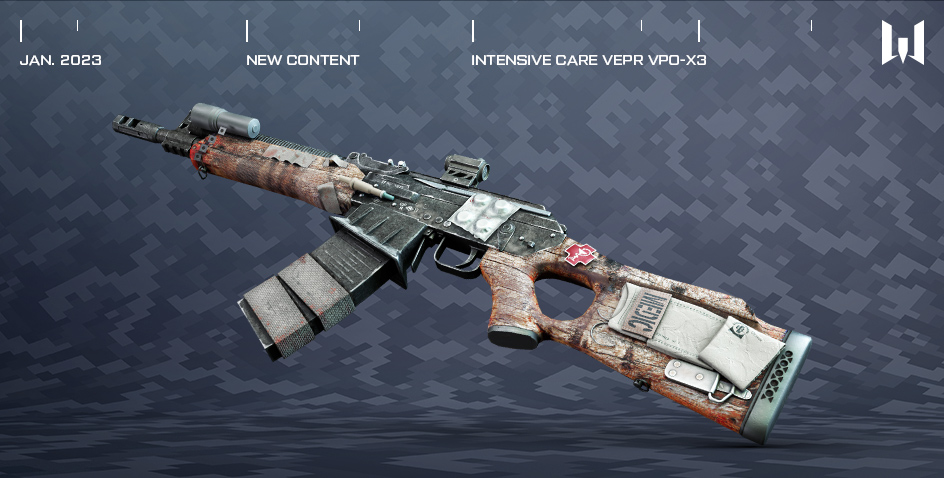 Are you a weapon charm collector? We haven't forgotten about you! You'll find a stylish new item in the Agent set. Decorate your weapons with this exquisite accessory!

The game now features new achievements for eliminating enemies with new weapon models and unique spoils of war designed in the agent's style. Defeat your enemies with "Intensive Care" arms and decorate your profile!

How can I get the novelties?

We've added contracts with the agent content. Complete tasks to get "Intensive Care" weapons, boxes with the Mongoose Agent skin, unique achievements, a weapon charm, and other useful items. 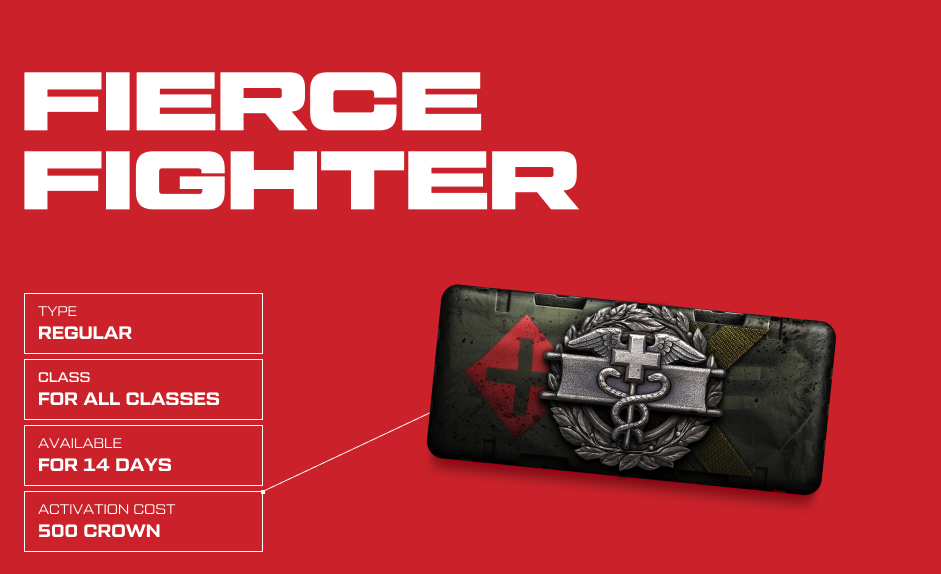 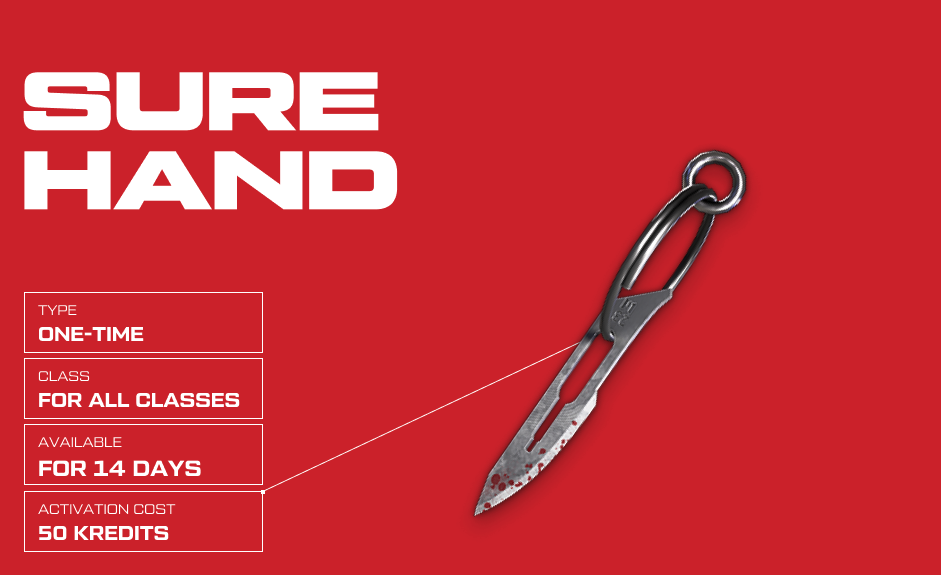 Good luck in the game! 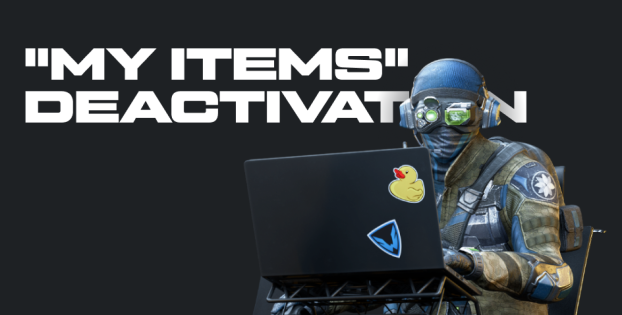 Soon: "My Items" Closure in April
In April 2023, the "My Items" section of the website will be closed. Transfer your items to the game before that; the articles that will remain in "My Items" will no longer be available.
25 Jan 2023 important