A new themed event is already live in the game. Learn more about it in a separate publication. Now let's review event rewards.

The OTs-14 Groza is a new gun for Riflemen that you have been asking for for so long! The assault rifle offers impressive specs: high basic and minimum damage, excellent shooting accuracy, fast reloading and increased limb multipliers. The weapon comes equipped with unique attachments - a handle and a silencer that does not reduce damage. All this puts the novelty on a par with your favourite guns AK-15 Custom and M4A1 Custom.

In addition, the weapon can be improved with mods. With their help, you can customize the arm to suit your own combat needs, boosting the required specs at the expense of less significant ones. 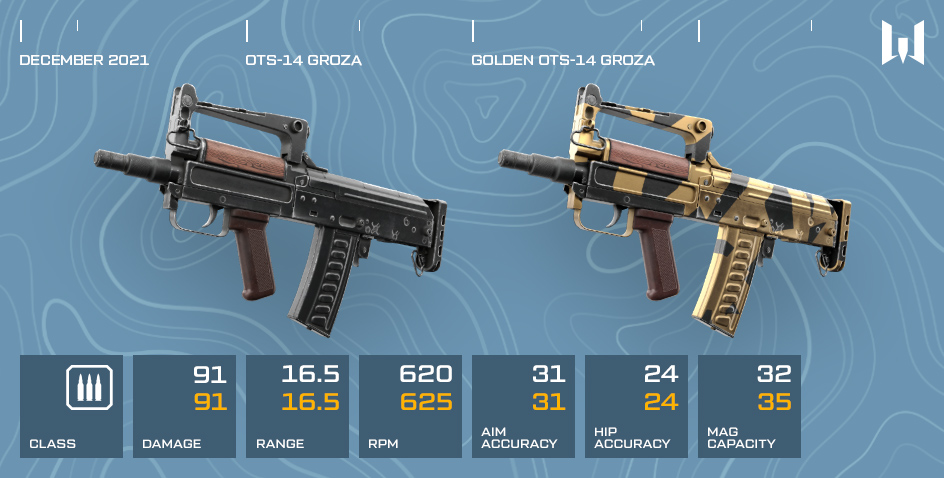 The golden version has a larger magazine and increased ammunition as well as yields a unique stripe for eliminating opponents.

The permanent regular version of the model can be obtained as the main reward of the "Snowstorm" in-game event. We will tell you more about the ways of obtaining the golden version later.

The weapon frames are decorated with an interesting pattern that will remind you of a snowstorm - the main theme of the new season. Along with an attractive appearance, the guns will retain decent characteristics. The series includes weapons and camouflages for the Grand Power SR9A2 and the Karambit. 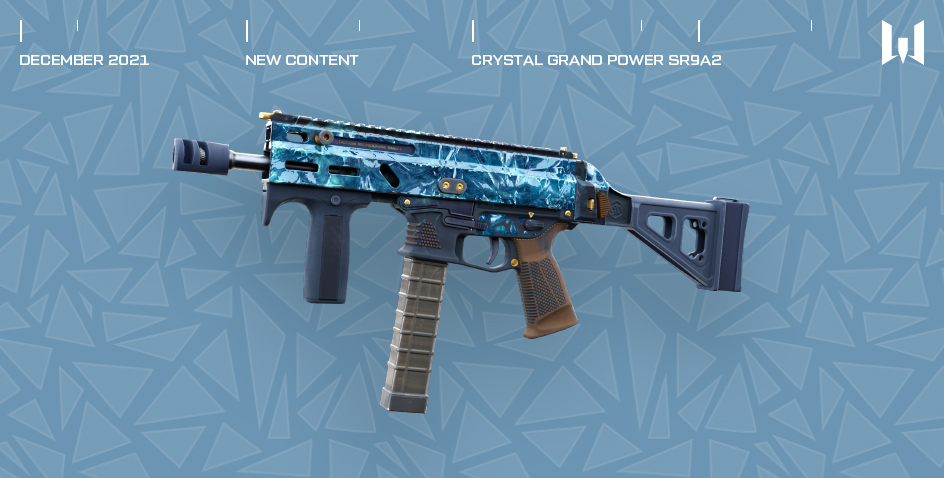 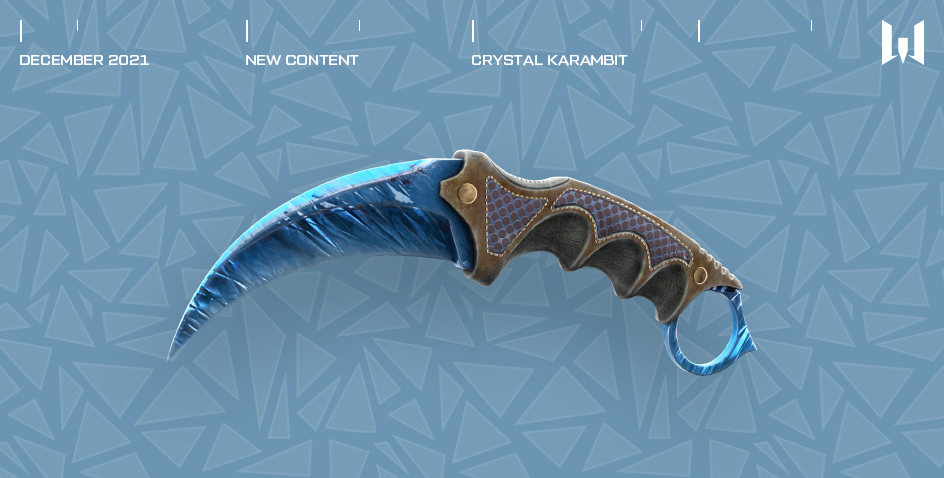 The Crystal series can be obtained in the "Winter Fiesta" in-game event.

By participating in the new event, you can earn a set of themed weapon charms and achievements. Moreover, in the event, you can get weapons of the "Valkirie" series, the "Valkyrie" skin, as well as various themed items from the previous years.

The new agent's pack includes an exclusive character skin, "Polar" weapons and camos, themed achievements and weapon charms, as well as special contracts in the future.

We are glad to present to you an updated version of the JS 9mm. The weapon features fast reloading, high damage and a good rate of fire, as well as increased damage multipliers to the body and limbs, which makes it easy to kill enemies at close range. The gun's advantages over its competitors are set off by a slightly reduced headshot damage multiplier. 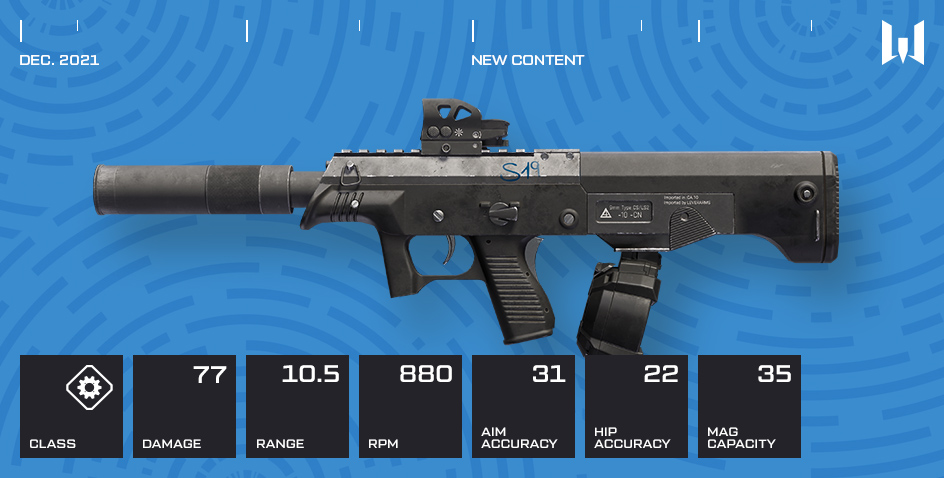 The Agent Lotus Pack and the JS 9mm Custom will be available later. Follow our publications to be the first to know how to get the new items!

To mark the upcoming winter holidays, a lot of interesting events have appeared in the game. One of the festive activities are special contracts. After completing them, you can get two themed series (Festive and Tundra), Santa's and Winter Rangers equipment, as well as festive charms and achievements.

Added two festive weapon series and themed armour. Although the guns look like colourful lollipops, don't underestimate them - the power is hidden behind the funny appearance. The list of the novelties includes the Winter Rangers series - the Ruger Mk IV Lite and the Kunai, as well as Festive weapons - a Bat, CZ 75 Czechmate Parrot and S&W M&P R8. 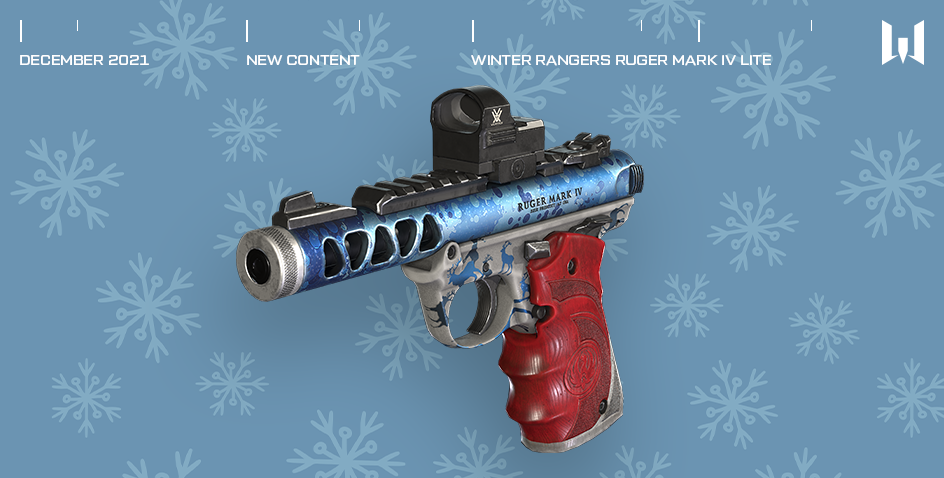 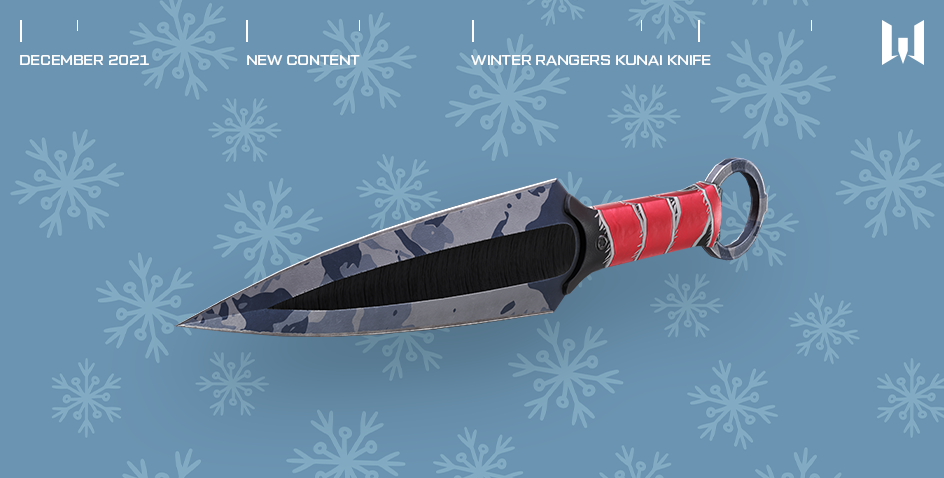 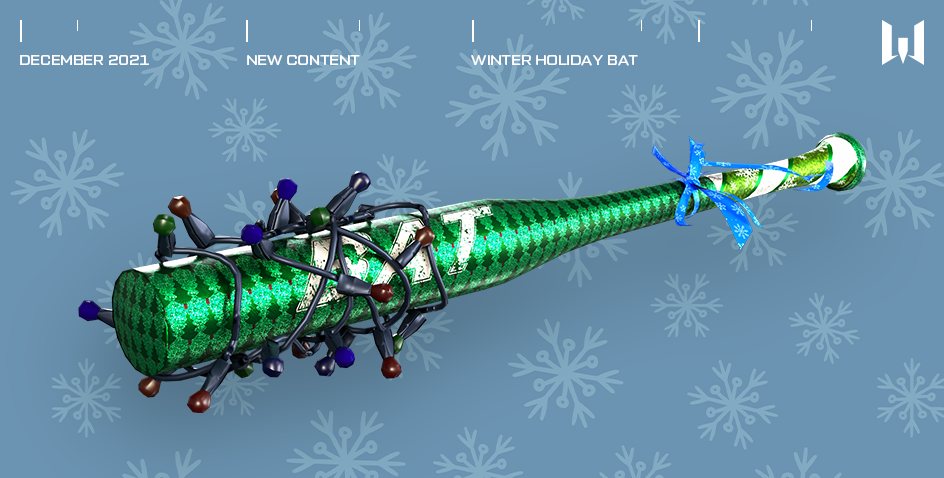 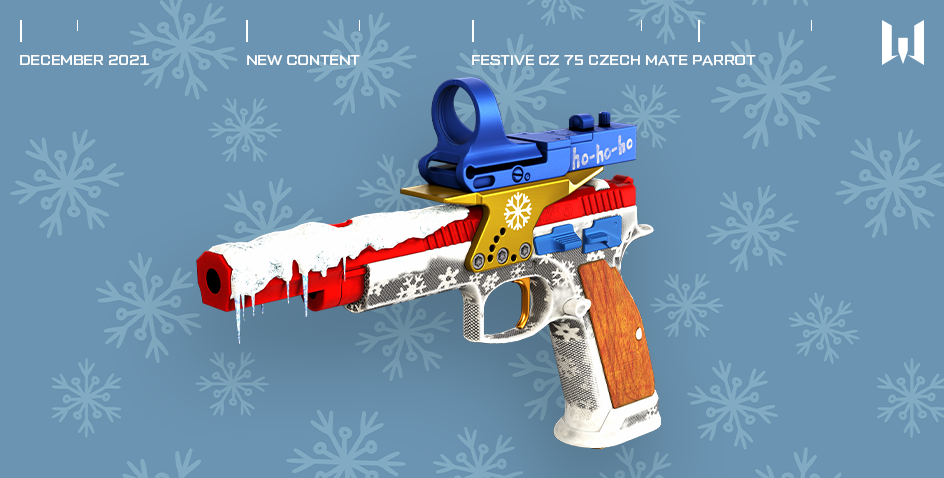 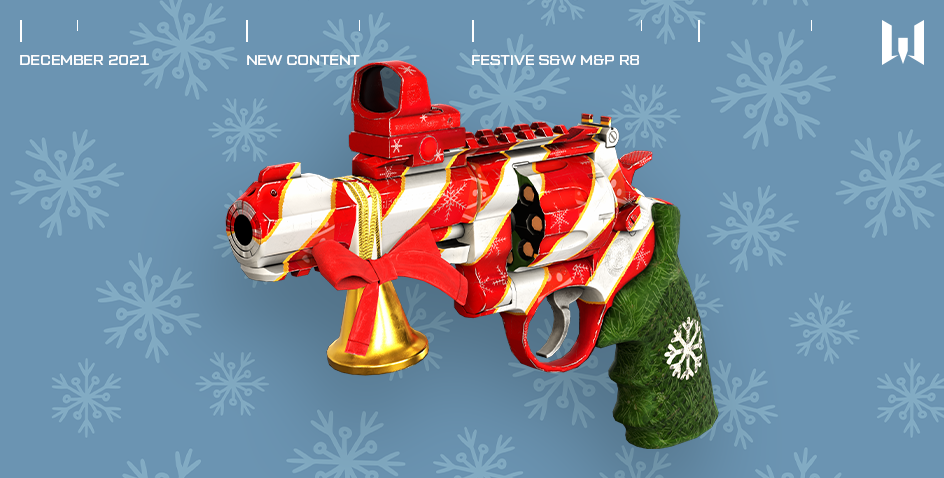 Festive gear is also on the list. Dress up with Santa's mask and gloves or Winter Rangers helmet and gloves, equip yourself with festive items and give your opponents a real ho-ho-ho show!

Click on the images to open them full size.

Let everyone know who loves winter holidays the most! Stay tuned to learn how to get new profile customization items.

The Mossberg 590 Custom is a new pump-action shotgun. Its main advantages are high (in comparison with the closest competitors) accuracy and rate of fire, and the possibility to reload one cartridge at a time. This excellent combination of characteristics makes the novelty truly deadly at close range! 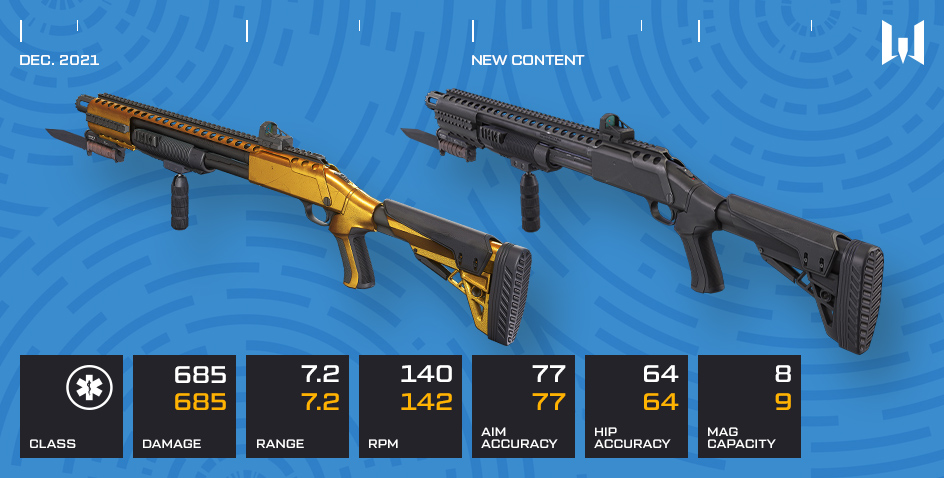 The golden version is distinguished by an increased rate of fire, a more spacious magazine and a larger ammunition capacity. It also yields a unique stripe for eliminating opponents.

The specs of the golden version are not final. In one of the upcoming updates, we will increase rate of fire (from 140 to 142), increase magazine capacity (from 8 to 9), and increase repair costs (from 5400 to 6240). We will tell you more about the ways of getting the arms later.