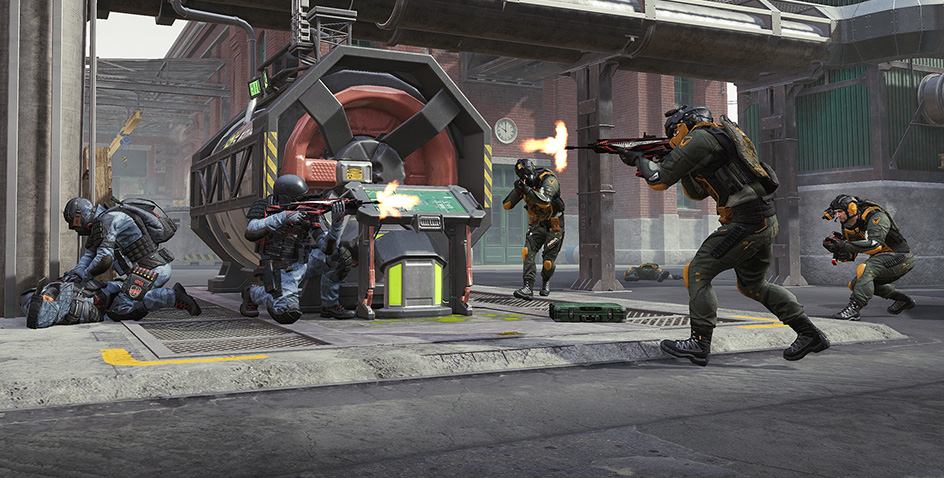 A new Ranked Matches Season dedicated to the large-scale "Heist" update has already kicked off. Take part in breathtaking combats and get plentiful rewards. Show what you are capable of - your effort will be generously rewarded with unique items, cards for crafting, and other cool articles. And remember: the key for memorable victories is experience, teamwork and skill. It's time to get ready for the upcoming confrontation! Join the fun - demonstrate your skill and get to the top.

Take part in Ranked Matches to prove your superiority in battle. We have evenly distributed in-game currencies and boxes with cards for crafting gained in Ranked Matches to make it more beneficial for all parties involved. It will be easier for beginners to earn better rewards by fighting in lower leagues while experienced players will receive more prizes as they can reach higher leagues.

get to the top AND CLAIM AWESOME REWARDS

Prove your skills every season to gain recognition and additional bonuses. You will receive cards for crafting weapons from the "Parasite" series, unique camouflages, guns from the new series, currencies and achievements. 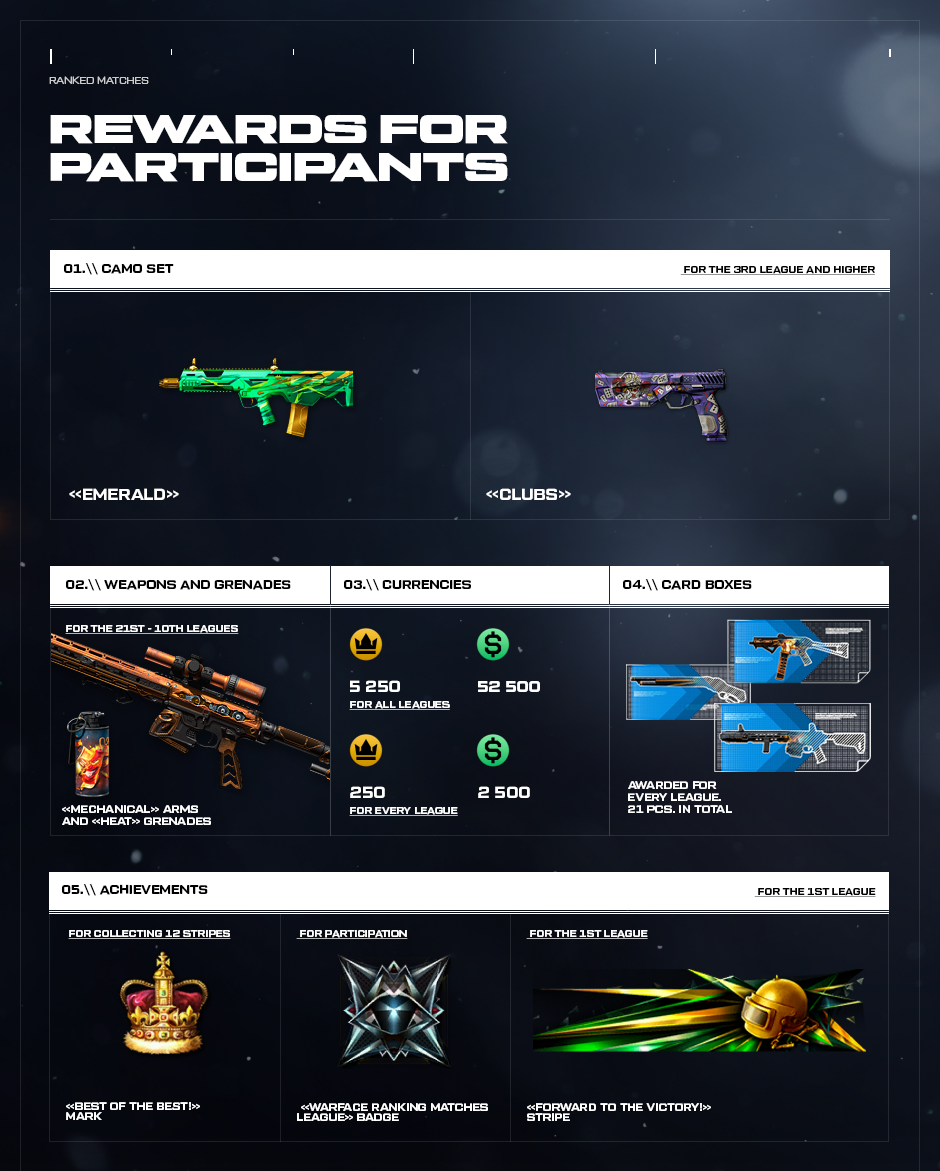 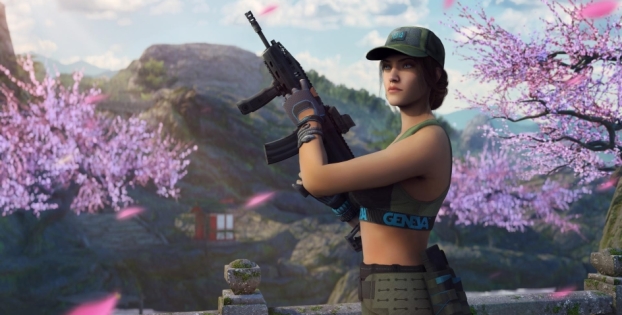 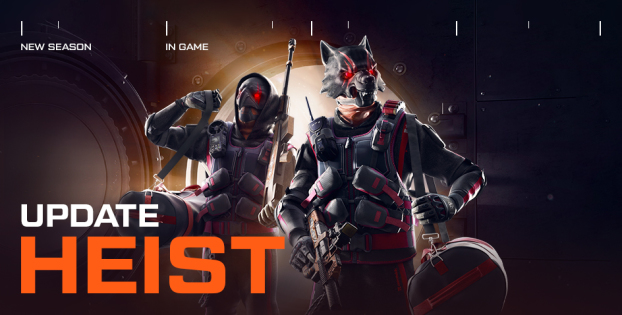 Seasonal Update "Heist" already in game!
We are glad to present you the seasonal update "Heist". Immerse yourselves in the atmosphere of a dynamic action movie with themed content!
24 Mar 2021 update